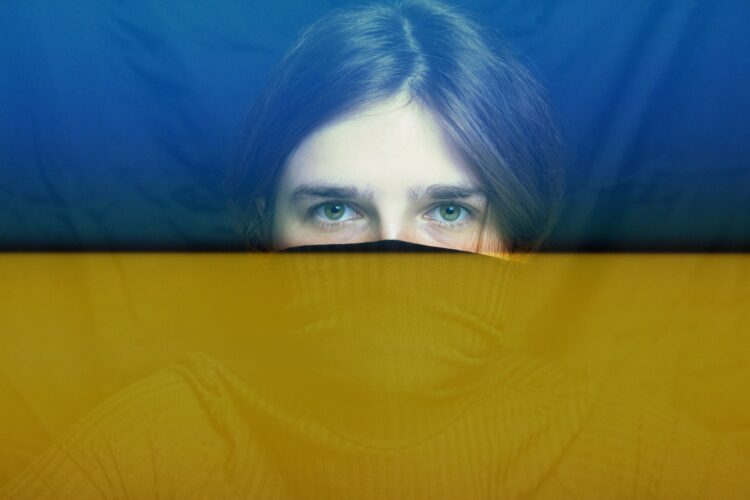 Coping With War & Reconnecting With My Ukrainian Roots

I never thought it would take the start of a war for me to reconcile with my roots. I am Ukrainian and my country was just attacked by Putin and Russian armed forces.

I was born in the Westernmost part of Ukraine in the Carpathian mountains. To Ukraine, we were always the foreigners as our region is home to a large Hungarian population. We speak a Rusin (not to be confused with Russian) dialect of Ukrainian that is difficult to understand and yet, somehow, we were also considered to be true Ukrainian patriots. When I was young, the rest of the country spoke primarily Russian and conformed to Russian ways. Meanwhile the West (where I’m from) was always proudly Ukrainian. Today my region is a safe haven in a country currently under attack.

Home to the cossacks, the Bandera fighters (militant nationalists) and the official geographic center of Europe, the Carpathian region was always a bit of an unusual mix of cultures and ideals. Today it is relatively safe without any threats or bombings thanks to its proximity to European nations like Hungary, Romania, Poland and Slovakia. Our  city, Lviv, has become a plan B for many Ukrainian citizens, reports The Economist. Many are driving to Lviv or taking trains to cross over to European nations from Lviv where they can get help, while others are choosing to come to Lviv for shelter. Those of us from this region don’t know what the future holds and whether the violent war will make it this far west. But for now, my region is sheltering our nation’s own refugees. 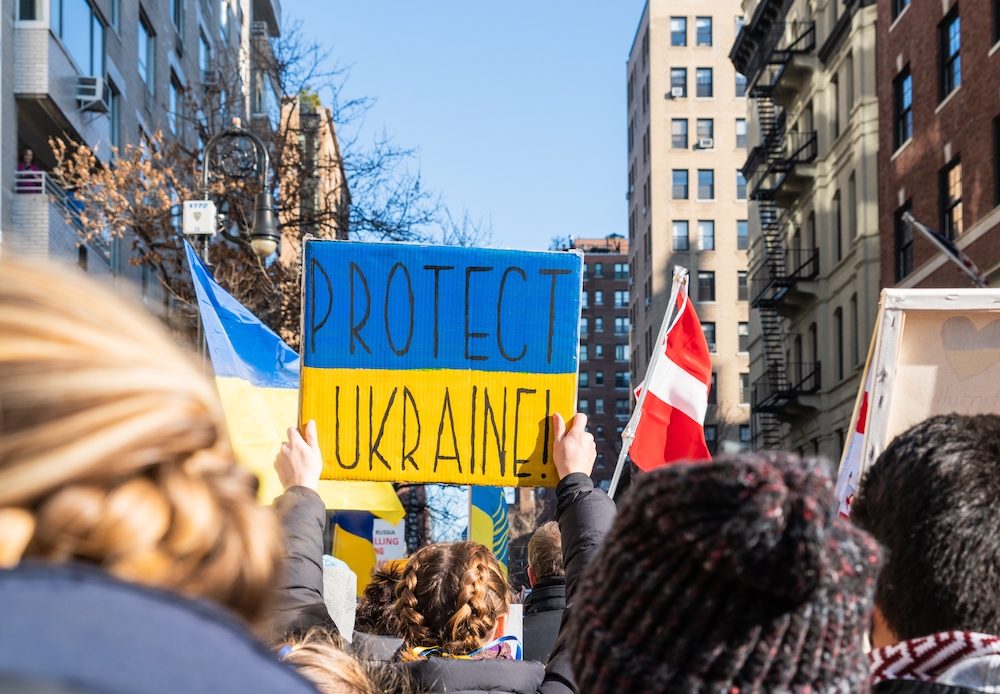 I never felt particularly Ukrainian, having been a mutt of all the countries around this region, and so I was a happy gypsy living in my own little world. When I was eight years old, my family moved to the United States. For as long as I can remember, I had a hard time explaining to people where I came from and what it meant to me. Sometimes I even felt a little shame or embarrassment about my difficult to pronounce last name and confusing nation. People always thought we were a part of Russia. But in fact, we became independent in 1991.

When I could finally travel on my own, I moved to Italy, then France, and then Mexico. I was never belonging anywhere. I knew that there was a part of me that couldn’t truly settle down because I didn’t know exactly where I belonged: I knew and felt that I was European and also Ukrainian. I felt somewhat Russian too (I speak the language.) I am also an immigrant in America. The first sense of home I had was in France. But I couldn’t stay beyond my student visa, something that might change upon Ukraine’s imminent entry into the E.U.

Today, though, since this war has begun, I can proudly say that I am Ukrainian. And I am proud of our heroes defending our homeland.

For the past 6 days, “the worst days in the lives in Ukrainians,” as our president, Volodymyr Zelensky, has said, I have been on my phone and computer non stop. It’s funny because Volodymyr Zelensky is the most unlikely war leader (as Reuters has also said). And yet he’s proven bravery and nationalism. I remember seeing him in movies including the Russian version of the Sex and the City movies in which he was a protagonist. Yet, today he is our president and our war hero, our leader. And somehow, having seen him in a previous role, I almost sympathize more with him in the role of the president. He feels real, accessible, and human. 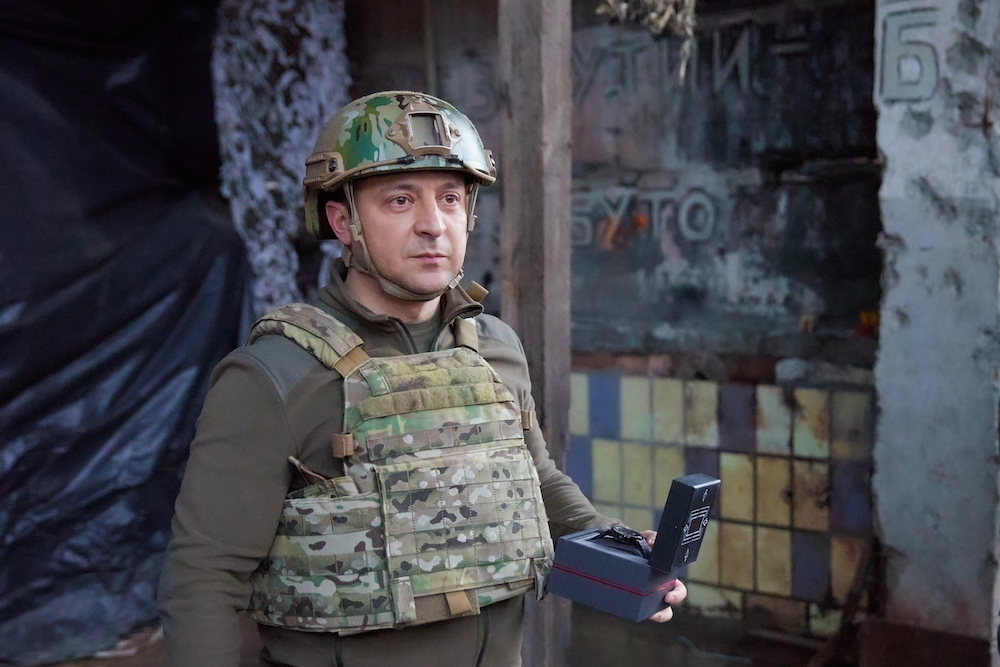 What happens when your history gets erased? When you know that where you came from, your roots, and all your essence might not exist tomorrow because of Putin–the feeling is unsettling. It feels like I didn’t have a long enough time to live in my home country, and now I might never be able to go back. I  never hated Putin—I even once wrote him a letter in high school. But today I can say that his statements about Ukraine, like saying that it is a “neonazi” state are repulsive and highly inaccurate. I am personally offended and hurt by every lie that this man utters about my homeland, my people.  A few friends of mine in New York City happen to be from the city of Kharkiv that has been bombed non-stop. Their reality is one of checking to see if their family is still alive, non-stop. It breaks my heart what Putin does.

And when I’m asked about how my family is doing, I can’t help but answer that my people are the entire nation of Ukraine at the moment. While my immediate family is safe, my people are facing danger at any and every given moment. My cousin’s husband is a wartime doctor and he calls everyday with news from the East. My mom’s doctor colleagues are all in the same situation–healing the wounded and the suffering and dealing with lack of medicaments— they remain in contact as a way of coping. Other family members are helping the refugees on the Western border and gearing up for when they might have to become part of active war. Still, just about every person I know from back home has a family member or loved one currently at the front. Today, we the people of Ukraine, no matter where are are right now, are united in empathy and common tragedy.

The last time I was in Ukraine, I flew to Budapest from Paris. I then drove to the Carpathian Mountains, a picturesque land and perhaps one of Europe’s best-hidden secrets. Today as I watch Christiane Amanpour report from Paris on President Emmanuel Macron trying to enter peace talks between Russia and Ukraine, it somehow all makes sense: France is the home that saw me grow into a young woman, and today it’s one of the only nations that might have the magic key to help Ukraine achieve  freedom. Both young presidents, Zelensky and Macron, give light for so many of us— they are the future of this world, one that is contemporary, peaceful, and diverse. They are leaders who have tried with all their might to fight the old guard and bring in new, refreshing faces and ideas. Right now, strangely, I have hope that they will achieve their goals because it is no longer undeniable that what Putin is doing is a true war crime, a crime against humanity and democracy.

Today Ukraine is being bombed on almost all sides and there are 40 miles of Russian militia just outside of our capital of Kiev. At the same time, President Zelensky has signed a petition to enter NATO, respectfully and deservingly.

I can’t go to sleep at night until Ukraine wakes up. I want to keep vigil as cowards strike at night. I want to be vigilant, stand with my people, even from far away. I’ve seen videos of Russian soldiers pleading that they don’t want to be there themselves, how they will face a lifetime in jail if they defect. I’ve heard they are abandoning their tanks, they have no food, not the right gear or ammunition, nor gas. They, too, are suffering. Many of them are likely fighting brothers or cousins or friends. Zelensky recently launched a video campaign on his Instagram saying that, “We will live again.” It starts with a soldier who is the narrator and says, “Today you wrote me again that you are scared. And I will ask you again, no I will demand, stop the fear. Pet our dog for me and go to sleep. And how’s our daughter doing in school? Tell dad to protect his heart and give mom a hug. And let’s smile. Help one another. Celebrate your freedom…”  This hopeful campaign reminds everyone that the Ukrainian forces are fighting for life, they will be back home again and we will all live in peace again.

Today I am proud of our people: When you’ve got everything to lose, you do absolutely everything to protect. Many civilians , men and women, old and young, are arming themselves to fight for their nation. Others are coming from abroad to do the same. A friend of mine who works in the United Nations told that she’s heading to Ukraine for humanitarian aid as part of the UN.

Even though I’ve traveled everywhere and once thought I was more French than anything else, today I realize that I am Ukrainian first, European second, and American third. And I will never forget again where I’m from. I will never again be embarrassed to explain nor will anyone be confused about where Ukraine is. I now on wear it proudly on my sleeve.