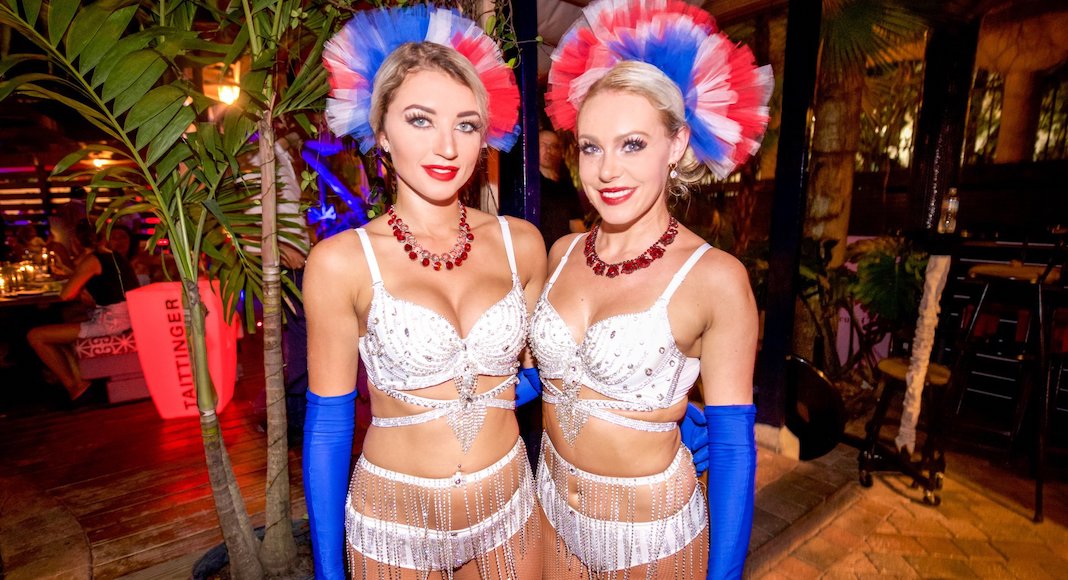 Where to Celebrate Bastille Day in Florida 2018

Take out your berets, stripes, and other French clichés to properly celebrate Bastille Day. Here’s an overview of events scheduled for July 14 in Miami and the rest of Florida.

Acrobatic performances, outdoor concerts, dances and pétanque tournaments, the French & Famous team organizes an evening around the theme “Circus Cabaret” to commemorate the French national holiday in South Florida. The festivities will take place from 7pm to 2am at Nikki Beach in Miami Beach.
Nikki Beach – 1 Ocean Dr, Miami Beach – 305 538 1111

Blue-white-red ambience is guaranteed at Miami Beach’s Villa Azur, which invites you to celebrate Bastille Day from 7pm to 2am with charming French cancan dancers and musicians over a French-inspired menu.
Villa Azur – 309 23rd St, Miami Beach – 305 763 8688

Bastille Day festivities will start at 11am at Le Zoo restaurant in Miami Beach with a mime show and a petanque tournament. The establishment has also planned for the French singer Vincent Raffard and his band The French Horn Collective to set the mood during the evening.
Le Zoo  – 9700 Collins Ave #135, Miami Beach – 305 602 9663

If you wish to know anecdotes about the daily life of the French during the Revolution, the Società Dante Alighieri de Coral Gables is organizing a conference led by historian Jean-Paul Guis starting at 6:30pm. This historical presentation will be followed by special wine accompanied and a nice selection of dance-worthy songs.
Società Dante Alighieri – 300 Aragon Avenue, suite 250, Coral Gables – 305 529 6633