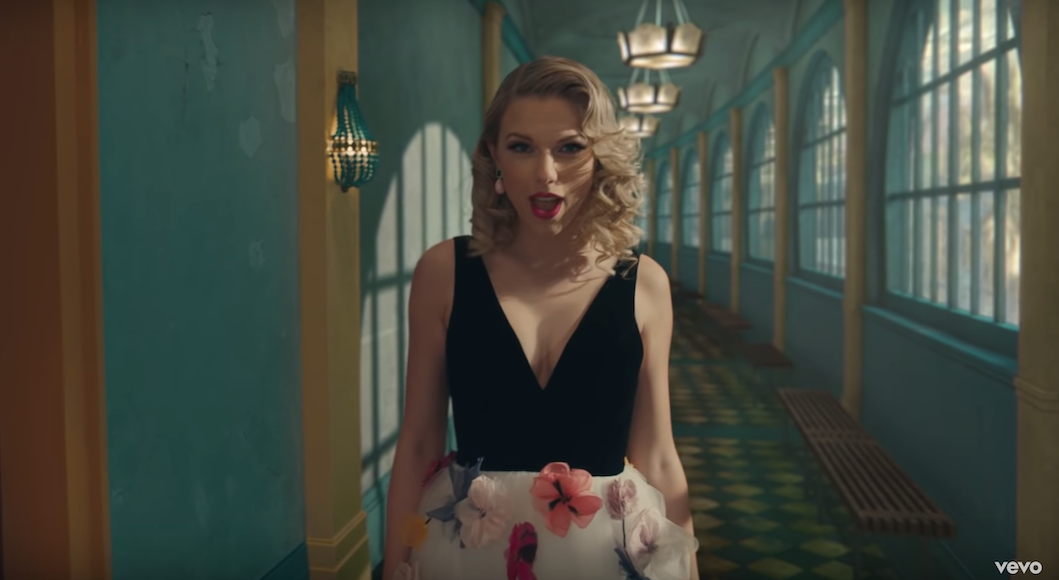 How Good Is Taylor Swift Actually At French?

On Friday, April 26, at midnight, pop icon Taylor Swift released a new song, “Me!”, and its music video. It’s a cotton candy-sweet ear worm that, regardless of whether you love it or hate it, will be stuck in your head and at the top of the charts for weeks.

Besides the endless treasure hunt for hidden messages and easter eggs in the video, fans and the public have zeroed in on the opening scene of the music video. In it, Swift and Panic and the Disco‘s Brandon Urie, playing a couple, are arguing — in French. The rest of the video has seemingly nothing to do with France or French, and the mystical CGI setting is seemingly a vague technicolor version of London.

The reaction from Swift’s fans was as expected. Elite Daily dedicated an entire article to fans’ joy over the singer’s French abilities: “If you didn’t already catch the surprise at the beginning, the tweets about Taylor Swift speaking French in the ‘ME!’ music video show fans are loving her French accent.”

Am I the only one who is REALLY IMPRESSED by Taylor's French in this scene at the beginning? I've studied it for six years now and I can't say one sentence correct!

Can we talk about Taylor speaking in FRENCH?! #MeOutNowhttps://t.co/3VHNxszDN6

I CAN'T BELIEVE TAYLOR IS SPEAKING FRENCH (her accent is perfect btw) NOTHING COULD MAKE ME HAPPIER #MeOutNow @taylornation13 @taylorswift13 pic.twitter.com/l5y6ouv7hp

However, Swift’s diehards can’t be relied upon for an impartial assessment of her French.

Maxime Aubin, a French expat in the U.S. working as a journalist for French Morning, provided Frenchly with a review of Swift’s mastery of the French language. But first, is Aubin a Swiftie? “No,” but “there are some songs I like. I’m not against her,” he assures.

According to Aubin, Swift’s French is “understandable and very American. Both of them, They don’t sound French at all,” he concludes, including Urie in his assessment, after watching the opening sequence. Her first line, though, which has been subtitled as “I can’t talk to you when you’re like this,” for him was “terrible.”

“Je ne sais pas ce qu’elle dit, je ne sais pas,” he remarks, switching into French. “I get it” because of the subtitles, he says, “but I don’t understand what she’s saying in French.”

Swift has been speaking limited French publicly for years. A compilation clip on YouTube shows that she’s spoken French multiple times as a public figure, going all the way back to at least 2011, in venues such as French radio shows and a Paris concert hall.

Really the inclusion of French into her music shouldn’t be a surprise at all. She’s previously demonstrated an affinity for France and the language generally. “It’s a great accent, why would you ever want to have any other accent other than a French accent,” she said on French radio (it’s unclear what year, but judging from the haircut, likely 2015). In that segment another person on the show commented that people like the French accent, and Swift confirmed, “We do,” then added, “Especially me.” The music video for her song “Begin Again,” from her 2012 album “Red,” is set in Paris.

Swift even once expressed an interest in singing in French. Being interviewed on French radio station NRJ in 2011 in Paris, she was asked “Do you plan on singing in French?” Swift responded, “Ooh, that would be cool to sing in French. If I could get the pronunciations and everything right.”

Swift’s love for France doesn’t run that deep though. She hasn’t performed a concert in France since 2011.