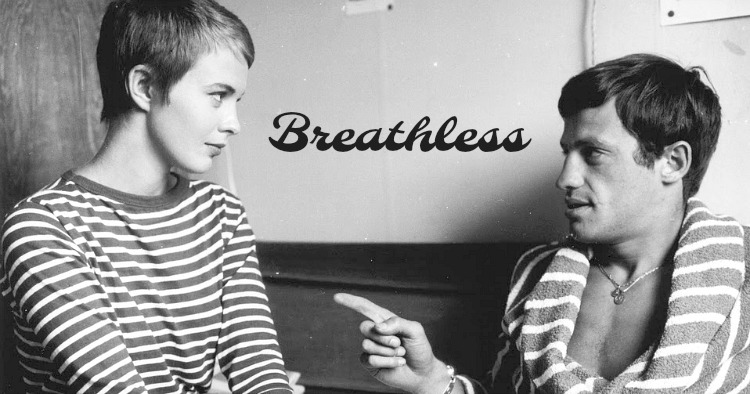 The Best French Films to Watch on Kanopy, the Free Streaming Service for Library Card Holders

If you’re looking to watch French films from the comfort of your couch/bed/bean bag chair (and don’t want to overwhelm your computer or conscience with illegal streaming), you’ve probably already exhausted Netflix’s foreign language selection. Cue Kanopy, another streaming service, which actually specializes in award-winning films, documentaries, and world cinema. Kanopy partners with over 4,000 educational institutions and libraries worldwide — like the gargantuan New York Public Library — and allows card holders to stream up to 10 movies a month for free. Yes, it’s French film nirvana. And no, you don’t even need to spam your computer with viruses to gain access. All you need is a library card or to be attending an educational institution. So get ready to laugh, cry, and improve your language skills with these 9 excellent French films on Kanopy.

This French-Italian production is a dark, eerie and cinematographically stunning movie. L’attesa (“the wait”) mirrors its title with long, languid, chilling scenes, which rightfully cause viewers to review any initial assumptions and attempt to figure out what’s really going on. Juliette Binoche, playing an enigmatic, grieving woman, shines almost as much as the highly artistic imagery.

Starring two of your favorite French actors — Audrey Tautou and Romain Duris — Chinese Puzzle is an easy comedy to enjoy. Duris plays a divorced dad, relocated to New York to be with his kid. But NYC holds more surprises than he expected, from shady lawyers to fake marriages and fathering the child of his lesbian best friend…

For all of the fun contemporary films out there, nothing quite compares to a François Truffaut classique. You’ve probably heard of this film, or just as likely have seen it countless times. Whether it’s your first or fortieth viewing, this black-and-white Truffaut masterpiece will woo you with its story of the director and writer’s rocky youth.

Ah, yet another classic! You can’t claim to understand even a little about French films without spending time with this Jean-Luc Godard beauty. You’ll continue to hear gorgeous Jean Seberg call out “New York Herald Tribune!” on the streets of Paris in her deliciously charmant American accent for days — even months! — after you’ve finished watching.

Jean-Louis is an unassuming, bourgeoise man living a rather uneventful and boring life with his wife in Paris. That is, until he befriends Maria, a beautiful, young Spanish woman they hire to take care of their gilded home. In this rollicking, absolutely ridiculous comedy, we see Jean-Louis become obsessed with his new group of Spanish maid friends, ultimately changing his life in unexpected ways.

Like many French films, Number One Fan dips its toes into several genres, in that it’s a suspenseful drama/thriller that also has nods of comedy and a whole lot of absurdism. Following Muriel — a huge fan of superstar Vincent Lacroix — and Vincent himself, Number One Fan is a fast-paced film that truly has it all: murder, intrigue, stardom, guilt, power dynamics, and a lot of lying. Oh, and superstar Sandrine Kiberlain.

Illegal is a riveting case study in immigration, perseverance, and family struggles. Tania and her son live illegally in Brussels, until she’s caught by the police, while her son manages to escape. This movie is a heart-wrenching drama where mother and son pine after one another, fear for the present and the future, and ultimately do everything they can do continue moving forward.

This movie, based on French novelist Amélie Nothomb’s semi-autobiographical novel, is a whimsical romantic comedy following a young woman who moves to Tokyo. Amélie quickly meets Rinri, a Japanese man obsessed with French culture and language, and what ensues is a comically adorable cross-cultural romance.