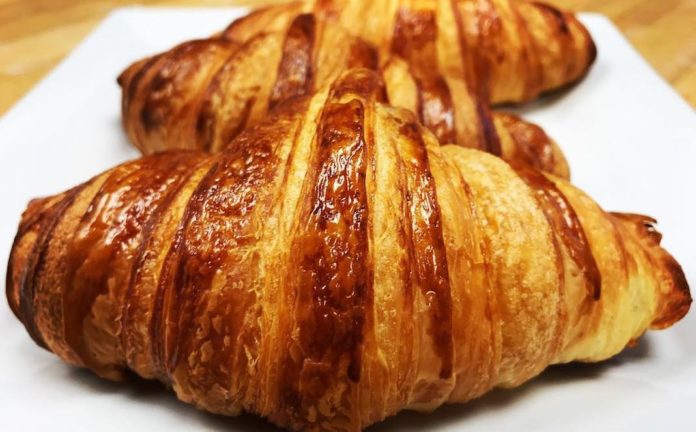 You’ve enjoyed our Best Baguette contest in the past, we’re sure you’ll love our Best Croissant competition. You came in droves to tell us your favorites, more than 1,000 of you nominated croissants. Thank you for you help!

All the finalist croissants are made in the traditional way. The fifteen selected bakers will take part in the grand finale open to all on Saturday, January 27th at 5th&Mad. The public will decide their favorite croissant after having moved from stand to stand, tasting each croissant with jam, tea, coffee, butter, and other small breakfast accoutrements. Reserve your spot now. A seated brunch menu is also available.

While you revel in the buttery deliciousness of your samplings, an elite jury of chefs and restauranteurs will select their winner after a blind taste test. They’ll also be choosing the best pain au chocolat. May the best croissant win!

Back to work after the long holiday weekend? Be the office hero by bringing in freshly baked, handmade croissants! ?

He won the best baguette competition, will he triumph with the croissant? Founded in 1996 on rue Monge in Paris by Eric Kayser, this authentic bakery serves delicious viennoiseries in 14 countries. After opening its first American location in August 2012 in New York, the brand has experienced rapid growth. It has 16 locations in the Big Apple and is about to open in Washington.

Do you like your croissants with or without chocolate? We say, why choose when you can have one of each! ???✨ #croissants #frenchcroissant #panauchocolat #eeeeeats #nycfoodie #foodiegram #munchies #orwashersbakery #orwashers #pastrychef #bakerylife

This establishment (really more of an institution) is one of the oldest bakeries in New York. Founded in 1916 by an immigrant Hungarian family, Orwashers continues to serve pastries, breads, and bagels under the direction of Keith Cohen.

In January 2012, Clémence Danko quit her pharmaceutical career and opened Choc O Pain in Hoboken. A year later, a second store was opened in Jersey City. A third is in the works. Choc O Pain won the People’s Choice Award in our Best Baguette competition, and hopes to win the judges’ hearts (and stomachs) this year.

A post shared by Charlotte Patisserie (@charlottepatisserie) on Feb 15, 2017 at 6:16am PST

With a shop in Greenpoint and a shop in Cobble Hill, Charlotte Patisserie offers a simple but delicious menu of French products, ranging from the classic croissant with butter, to quiche lorraine and carrot cake. Michael Lechowicz, the Polish-born chef, was trained in southern France before being trained at the French Culinary Institute. He runs the business with his sister Magda.

Breakfast, lunch, or just a light snack. Whatever you're in the mood for, we have just the thing!

A post shared by Financier Patisserie (@financierpatisserie) on Jun 14, 2017 at 8:24am PDT

Launched in 2002 on historic Stone Street, near Wall Street, this French pastry shop was named both for its clientele and for the classic gâteau aux amandes resembling a bar of gold. Today, Financier has several locations throughout Manhattan and offers a complete menu of French pastries and cakes.

The Frédéric Vaucamps brand, created in Lille in 1982, does not offer many products, but what it does do, it does them well. In addition to its flagship product, Le Merveilleux, the shops also carry brioches cramiques (round brioche), Flemish gaufres, and croissants. Aux Merveilleux de Fred was voted “Best Bakery in NY” by Yelp and BuzzFeed in 2017.

"People who love to eat are always the best people." — Julia Child

Mille-feuille Bakery & Cafe is a family-run artisan bakery established in New York in 2011. Its founder, Olivier Dessyn, received professional training at the Ritz in Paris before embarking on his own culinary adventure. Today, find Millefeuille and its sweet delicacies on the Upper West Side (a Broadway boutique and at Belleclaire Hotel) and in Greenwich Village.

The bakery, located at the entrance to Le District, is one of the most popular stations of this French-style market, located in Brookfield Mall in Battery Park City. For almost three years, Jeremy Rousselet, the chef-boulanger, has been preparing baguettes, cereal breads and viennoiseries worthy of a real French bakery every morning.

Another New York institution. Since 1992, Amy Scherber has been offering its customers traditional breads, sandwiches, sweets and old-fashioned cakes. Its products, prepared in Long Island City and sold in three cafés in Manhattan, have received numerous awards. A fun accomplishment for this graduate of economics and psychology. Notably, she tied for second place in our Best Baguette competition.

Since 2006, Colson Patisserie, the New York embodiment of Hubert Colson’s famous Belgian pastry shop in Mons, has been offering delicious pastries and desserts in its stores in Park Slope and Industry City in Brooklyn. Under the direction of Yonatan Israel and Andrew Hackel, Colson also supplies many locations in New York. 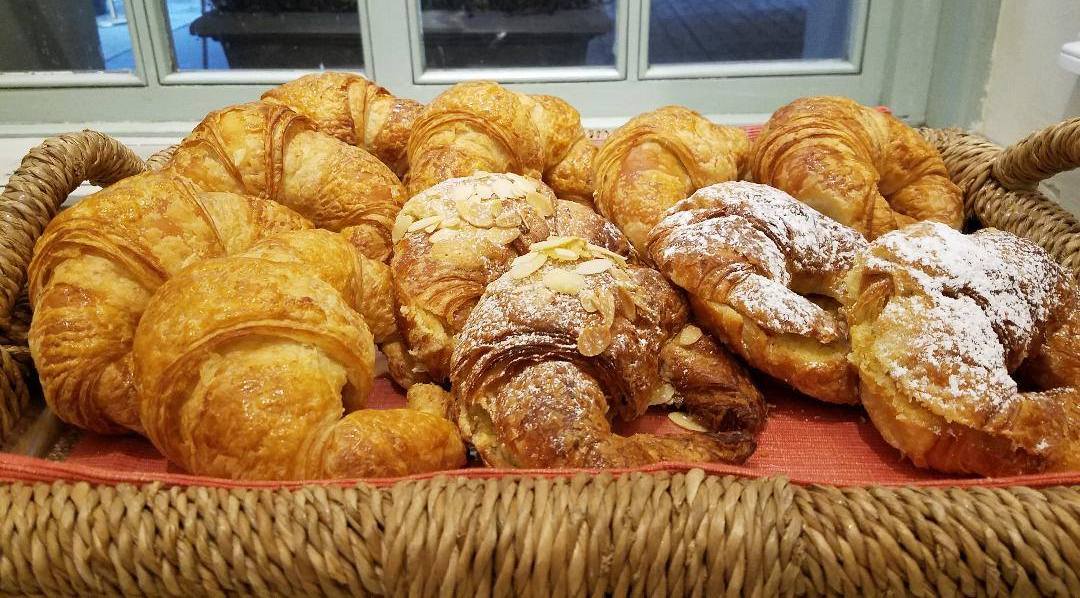 This pastry shop opened its doors in May 1994 in the famous Ansonia building on the Upper West Side, known for its Beaux-Arts style. Margot Patisserie’s delectable offerings are strongly influenced by the cuisine of southern France.

This artisan bakery, founded in 2011, is located in Forest Hills, Queens. Chefs François Danielo and Nadia DeJesus are in charge of this establishment. The first of duo has had his hands in flour since the age of 13, when he worked in the family bakery in Bretagne, though despite his father’s concerns, he decided to take another path. He came to the United States, first to California as a mechanical engineer. In New York, he returned to his first love: baking.

This Queens-based bakery was founded in 2000 by three friends (Uliks Fehmiu, Bane Stamenkovic, and Tole Zurovac) who are passionate about French artisanal goods. It produces pastries and other French delicacies sold at the Essex Street Market, Plaza Food Hall, and Dekalb Market Hall.

French Feminist Icon Gisèle Halimi: Who she was, and why you...

French Feminist Icon Gisèle Halimi: Who she was, and why you...