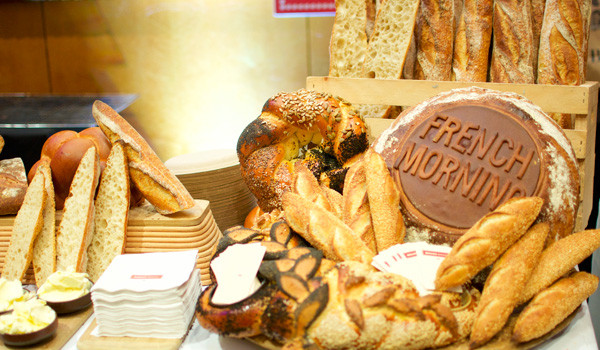 Best Baguette in Miami: the Finalists are …

Hundreds voted: nine bakeries have been selected by French Morning readers to participate in our first Battle Baguette in Miami. This “grande finale” will take place on April 14th at the National Hotel, and is open to the public.  Grab your tickets now (limited number)!

On site, the public can vote for the best baguette and best “specialty bread” after tasting the great products of our nine finalists. Meanwhile, a jury of experts will have the difficult task of awarding the coveted “Jury Prize” after blind tasting the breads.

And now, the highly anticipated list. The finalists are (in alphabetical order):

Chef and distinguished “Meilleur Ouvrier de France” (MOF) Georges Berger has climbed into the top 10 of the best pastry chefs in 2014 by the magazine Dessert Professionals. Chocolate Fashion prides itself on being a bakery 100% Coral Gables. It makes ​​pastries and fresh bread, certainly, but also … foie gras. Chocolate Fashion has two stores in Coral Gables and one in South Miami. Site

The bakery, opened in 1986, is the creation of Bernard Casse, who learned the art of bakery in the southwest of France, in the 60s and arrived in the US in 1978. He worked in several institutions, including the prestigious La Grenouille in New York before starting his business. His team at Croissan’Time also includes Matthew  Cartron, who officiated in France, Saint-Martin and New York and the baker Garry Petigny. Croissan’Time breads are all made ​​on site. (All contestants admitted in the Best Baguette competition must make their baguettes themselves from A to Z, no resellers admitted). Site

In Patrick Baboun’s bakery you find “everything that you would find in a bakery in France”. According to the Miami New Times , who visited it, ”  when you walk in – which may be difficult as there is often a waiting line outside – you are overwhelmed by the fresh smell pastries.  What a program. Page facebook

Arthur Arnaize is 27 and already a baker expert. Destined for a career in graphic design, he met a chef,  Thierry Schwartz, who was going to change his life. At  the Grocery Wynwood, that serves three booming neighborhoods (Wynwood, Design District and Midtown), he regales his guests with traditional baguettes, its rustic bread, his creative pastries and “daily specials” freshly cooked. Wines, meat, cheeses  and fine imported groceries  complement the menu of this bakery-bistro that combines modern design with  French tradition. Site

La Parisienne is the story of a Parisian, Embarek Alibey, who fell in love with bread as a kid. After his military service in Germany, he decided to go for it. He trained at the Ecole De Boulangerie and Patisserie de Paris and worked with the MOF (Meilleur Ouvrier de France) Jean-Yves Guignard and the “master baker” Michel Moisan in their Parisian organic bakery. The adventure lasted three years. After chained bakeries, Embarak Alibey moved to Miami and opened La Parisienne six years ago. Site

When Daniel Thau, a native of Aix-en-Provence, came for vacation in South Beach in 1995, he had no idea this was going to change his life. Falling in love with life in Florida, he decided to settle. Only downside:there was no good bread. So he returned to France to learn the trade and came back in 1997 to open La Provence, very proud to demonstrate his French “savoir-faire” to its customers. He has since opened a dozen establishments and sells his bread at restaurants and hotels in Miami. Site

The baker David Loprete has not wasted his time. He has 15 years old when he learned the trade in the bakery of his uncle. He then went on to open stores in Geneva and Miami, where he boasts of making handcrafted products without chemicals. According to him, Coffee Break has become the place to be for lovers of bread and French pastry. Facebook Page

In Sancerre, one makes good wine, but also good bread. This is where Sébastien Sangely, the founder of Tulip Café, is coming from. Trained from the age of 14 years by different master bakers, he opened his own bakery in his hometown. He and his wife Emy arrived in Florida in 2014 to open Tulip Café.Facebook Page

Tomas Strulovic is not French, but that does not stop him to make good bread. A native of Venezuela, this former banker decided to get into bakery on a whim. He took a “Cooking 101” course after losing his banking job. Trained both at the  French Culinary Institute and the San Francisco Institute of Baking, he started by working in the kitchens of several prestigious New York restaurants like Cello, La Caravelle and La Grenouille. He then moved to Miami with his family and, noting the lack of quality bread, opened True Loaf in November 2013.  Instagram