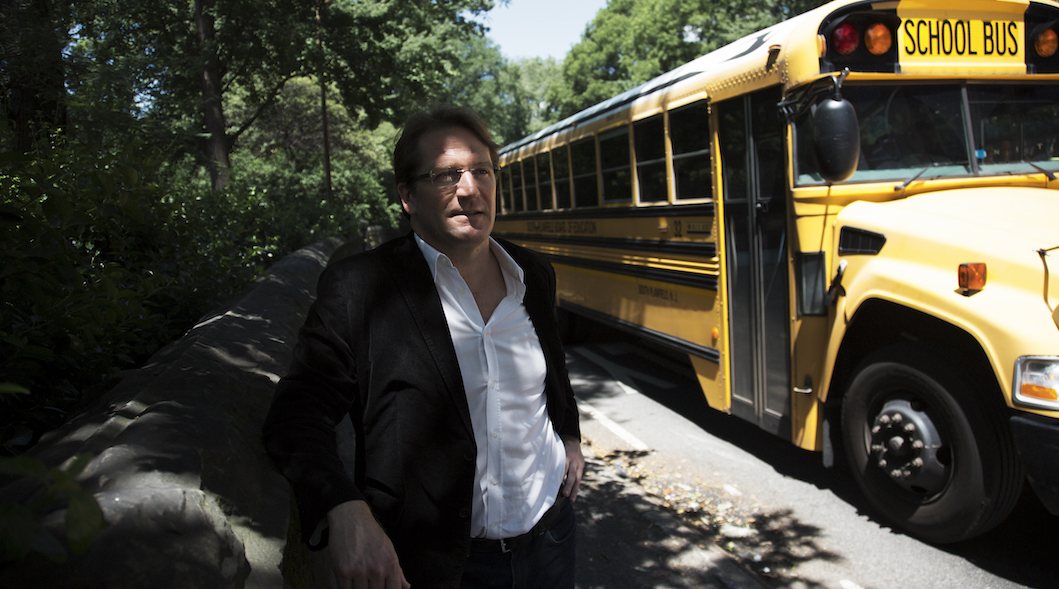 According to Fabrice Jaumont, “The Future of Education is Bilingual”

Over the years, Fabrice Jaumont has coached parents, both Francophone and others, to participate in the “bilingual revolution” in the New York public schools. Now, he’s releasing a book about his experiences. He’ll be presenting his book to the public on Wednesday, September 6 at Albertine bookstore, and Friday, September 8 at the Invisible Dog gallery in New York.

In The Bilingual Revolution: The Future of Education is in Two Languages (TBR Books), the education attaché (expert) for the Embassy of France to the United States in New York recounts the efforts of parents from many different backgrounds (Russian, Italian, Arab, Spanish, Polish, and notably French) to develop bilingual programs in their schools and neighborhoods. It’s a work that, he hopes, will inspire those who want to get involved. “We underestimate the impact of motivated parents,” says Jaumont. “There are lots of places where nothing is happening on the front of bilingual education. Initiatives would multiply if parents understood that they have the ability to get programs started, and if they knew how to start them. This book tells parents, you are capable.”

The book debuts during a time of growth for bilingual programs in the United States, which often exist in the form of lessons in two languages (english and something else) in classes made up of native english speakers and non-native english speakers. Wanting to develop these bilingual programs, the New York Department of Education announced in February the opening of 39 immersion programs, including one in Urdu, beginning this September.

The public french-english language programs in New York number at ten. Jaumont has been one of the primary motors driving their development. “Many foreign parents make the choice to only speak english to their kids at home because they themselves have been subject to discrimination, and yet, if we give kids the chance to grow up with the language of their heritage, then, if you believe what studies indicate, we’re forming more balanced and intelligent individuals. Why would we deprive kids of that?” 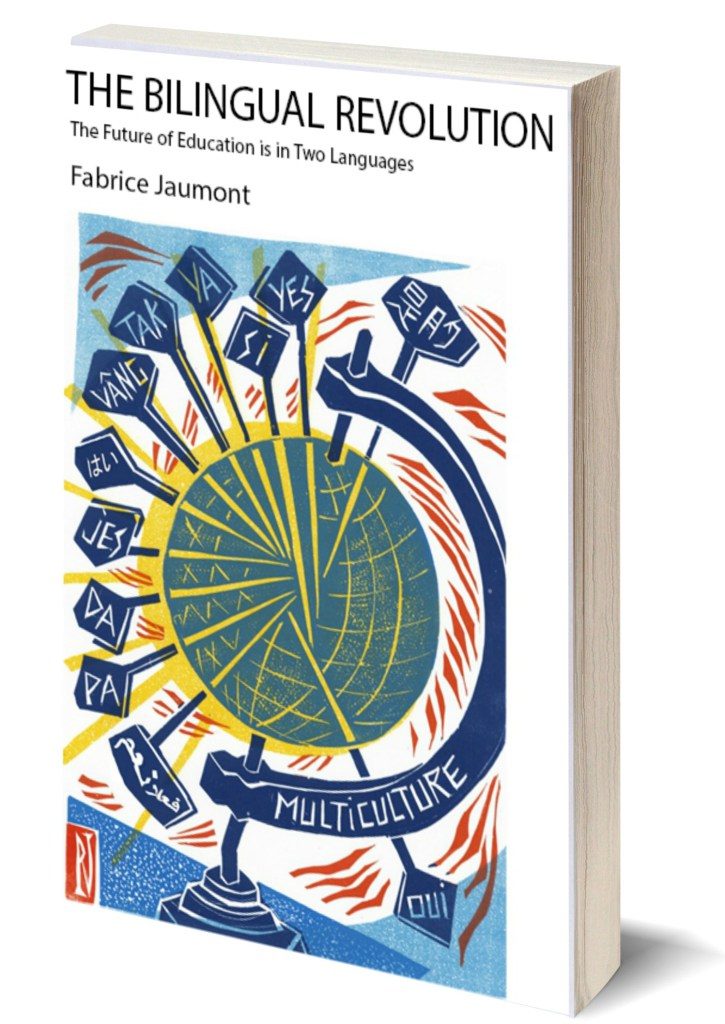 His book doesn’t gloss over any of the obstacles that impede many community’s attempts go start bilingual programs: lack of motivation, ignorant administrations, and schools that just aren’t interested. Jaumont recounts a judicial battle begun by Russian parents to preserve a program threatened by a new headmaster, and the failure of an Arabic program after hostile reactions on the part of the press and activist groups just a few years after 9/11.

Fortunately, success stories are numerous. Take, for example, the first bilingual Japanese program in New York, launched in 2015 thanks to the determination of five Asian mothers (one Chinese-American, one Taiwanese, one Korean, and two Japanese). “Each community has its history, its priorities, its challenges,” explains Jaumont. “There are commonalities, but in school, you have to find your own way.”

According to Jaumont, 22,000 kids speak French at home, “enough to fill more than 50 bilingual programs.” Francophones, he says, can do better. “The majority of Francophones in New York are in the Bronx or the middle of Queens. They don’t have the same ability to organize movements, mount campaigns and meetings. They really need help.”

Jaumont first discovered immersion programs in 1997 as the language attaché in Boston. Despite opposition, bilingual education has progressed strongly in the United States since then. He cites openings of programs in Delaware and “on an industrial level” in Utah. “It’s not only for Mormons. Without bilingual programs, their educational system would fall and their economy with die. No companies would want to come. I heard the same argument for bilingual education in Delaware, where companies weren’t finding the multilingual workforce that they wanted.”

To help the movement continue to grow, Jaumont has included a series of steps in his book for parents who want to throw themselves into the bilingual education system. “Parents have to get involved, and we have to listen to them, especially in the large institutional machines. But even in the areas where parents aren’t active in the educational system, the culture will change,” affirms Jaumont. “The future of education is bilingual.”