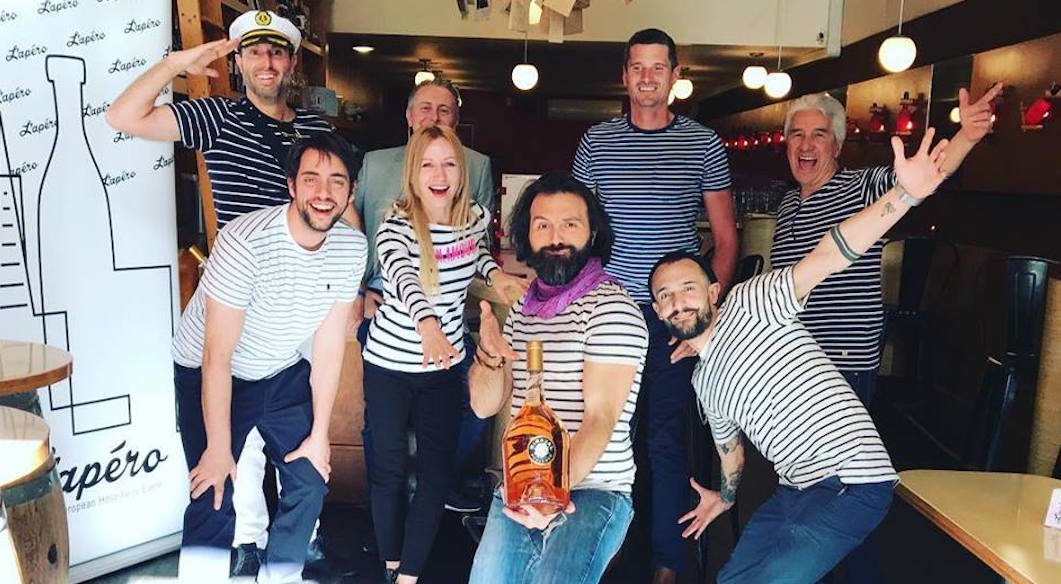 A Meet-up for French, Francophiles and More, L’Apéro Launches in New York

L’Apéro, the popular San Francisco meet-up for French people, Francophiles and everyone in between, is coming to New York. The group’s first apéro in the Big Apple will take place on Sunday, March 24, at Amélie wine bar in the West Village. “We started in San Francisco because I moved there, but New York is the place of choice for L’Apéro,” says Pierre Bee, one of the French founders of the event. “The size of the community in New York is larger. In terms of lifestyle, the city lends itself to a very festive and friendly event. There are a lot of young professionals who come to start their careers there.”

L’Apéro started four years ago in San Francisco Bay when Bee, who has been working in the hotel industry for 14 years, wanted to bring together French and American hotel and restaurant professionals. “I met managers of French hotels who worked two blocks from each other but who didn’t know each other,” he recalls.

From four people over a drink, the event grew to reach an audience of non-professionals outside the industry. Today, L’Apéro is open to “everyone,” even non-French speakers and Francophiles, and remains organized by volunteers. “There are many people who don’t know what an apéro is. The idea is to participate in a cultural event. The meetings attract between 40 and 600 people in San Francisco,” says Bee. “We must be close to 5,000 participants over four years. It’s starting to be something,” he smiles. “In San Francisco, we’re often full. We have to turn people away.”

To launch L’Apéro in New York, Bee teamed up with Florane Gambert-Jouan, Bayonne Ham’s representative in the United States. For the first New York event, the organizers will replicate the concept of the San Francisco Apéro Bateau, where participants were invited to come with clothes and accessories inspired by the coast and ocean. For L’Apéro Marinière, the name of the event in New York, it is advisable to come in a (you guessed it) marinière shirt. “Having about forty people would be nice for a first aperitif,” says Bee.

In New York, L’Apéro will be held every two months. “We are a link between France and the United States. We’re not French Tuesdays, we’re not a network. I want people to come and have fun and have a nice apéro after a long day.”