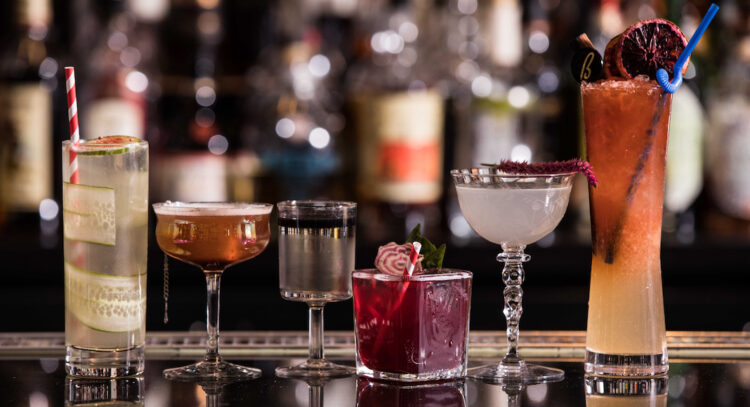 A Lemony, Appley, Plummy, Boozy Cocktail Tour of France (That You Can Do From Home)

It’s easy to associate France with wine alone, considering that the French drink four times as much wine as Americans annually, and that wine accounts for more than half of the alcohol consumed in France. But there are a variety of beverages consumed around France, regional specialties that reflect the character and history of their terroir, so to speak. This list of cocktails inspired by different French cities aims to capture the essence of each, without sticking too closely to tradition. 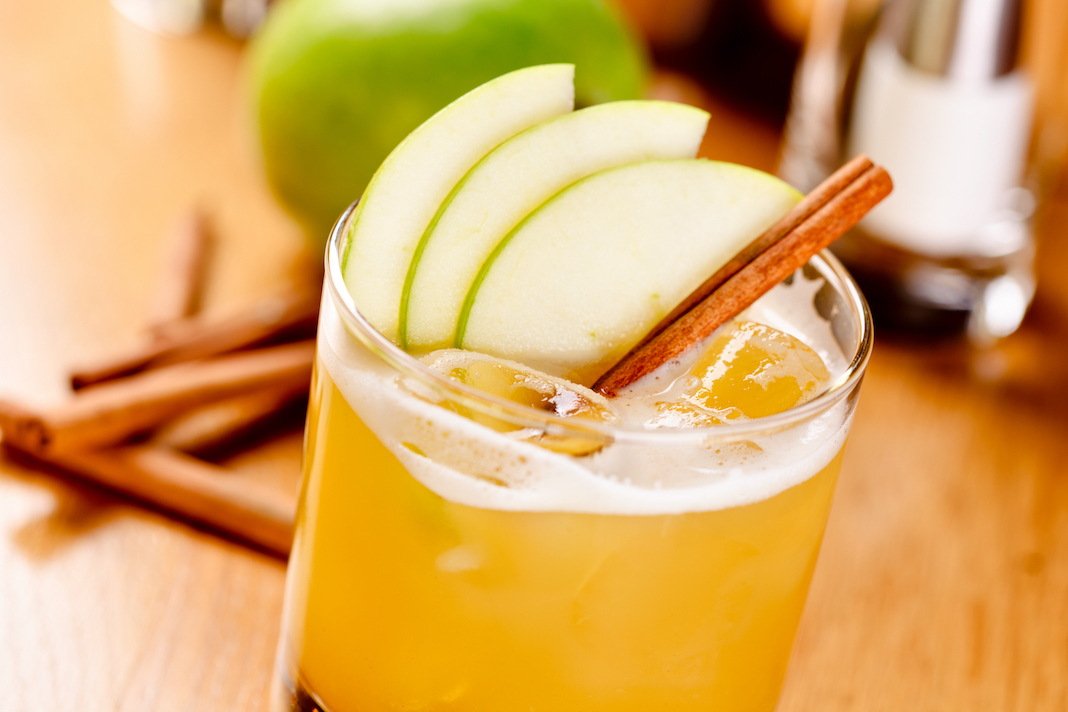 In Normandy, apples grow in abundance, and apple cider and apple brandy flow like water. The most famous apple brandy in France is Calvados, which is also the name of this region, which reaches just up to the charming port town of Honfleur. This apple brandy cocktail is best garnished with specialty Luxardo cherries, which add a depth of flavor that expands the autumnal notes of this drink. Stir the ingredients and serve over ice, garnished with the cherries. Serve alongside apple cider-glazed pork chops or root vegetables, or after dinner with chocolate cake or a Tarte Tatin.

Paris – Death in the Afternoon 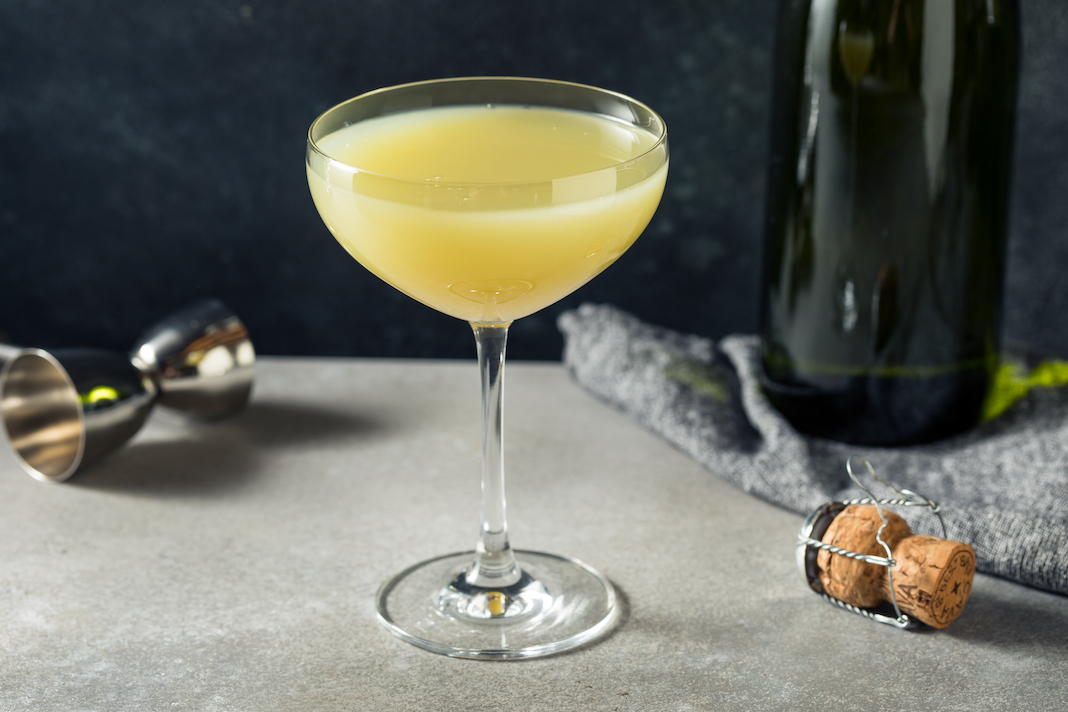 While Paris is known for many things, its reputation as a hotbed for absinthe drinkers at the turn of the century is one that persists in the minds of wannabe bohemians and the chapbook litterati. Ernest Hemingway, inspired by his time sousing himself with the city’s favorite anise-flavored liquor, invented a beverage called, “Death in the Afternoon,” after his book of the same name about bullfighting in Spain. It’s a pungent mixture of champagne and absinthe that will have you swinging from the wrought iron streetlights. Pour the absinthe into a champagne flute with a maraschino cherry, and top with champagne. Serve with food to take the edge off, something that will stick to your ribs, like braised fennel with creamy white beans, a fig and goat cheese tart, or French onion soup. 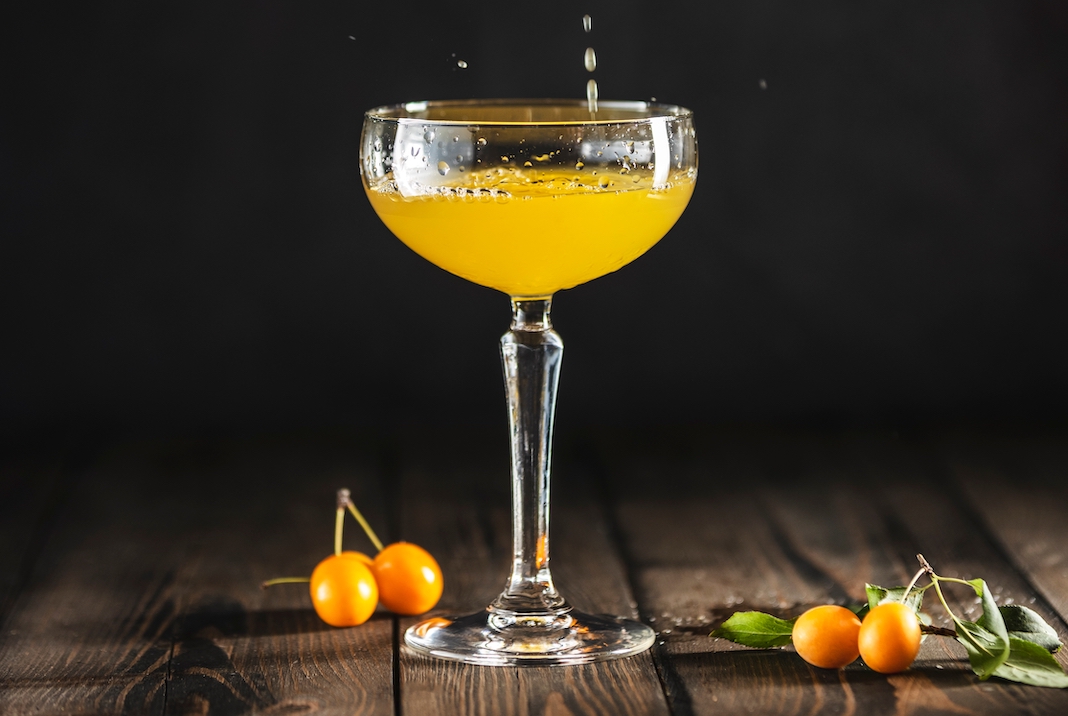 Alsace is famed for its Riesling and Crémant wines, but the region also has a long history of brewing eau de vie, which means “water of life.” These clear brandies are distilled from pears, peaches, and many other fruits. But most beloved is plum eau de vie, particularly that made with mirabelle plums. Plums pair amazingly with ginger, so try stirring plum eau de vie with lemon juice and ginger liqueur, then pouring over ice and filling the glass to the top with soda water. (Ginger ale can be used in a pinch instead of the ginger liqueur and soda water.) Eau de vie is typically a digestif, so serve this cocktail alongside a dessert of tarte amandine, candied orange or ginger slices, or a stone fruit crumble laced with cinnamon and cloves. 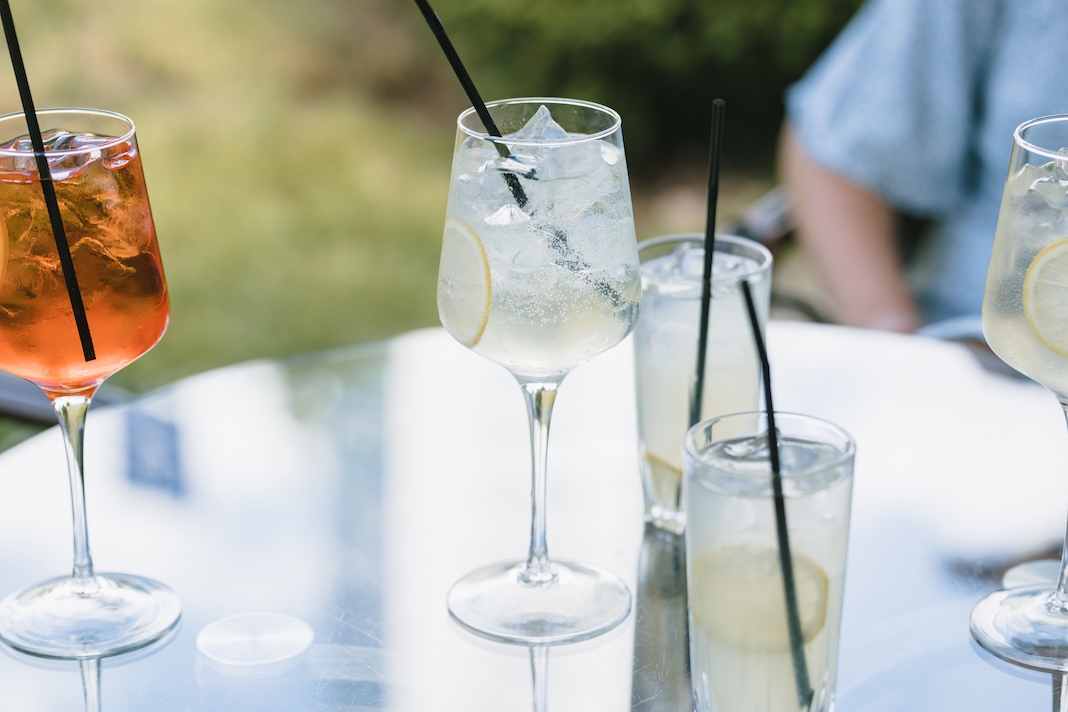 The South of France is known for its rosé, but limoncello is just as popular thanks to the ubiquity of lemons in Provence. Menton, on the French-Italian border, is so famous for its lemons that the city has an annual Lemon Festival every year. For this spritzy summer drink, add limoncello to a large wine glass with ice. Top with champagne and soda water. For an extra summery taste, muddle basil in the glass before you add the limoncello. Serve as an apéro alongside a Caprese salad or a salmon tartare, or after dinner with gelato or a bowl of raspberries and whipped cream. When it’s January, you might just need this burst of sunshine on a dim day. 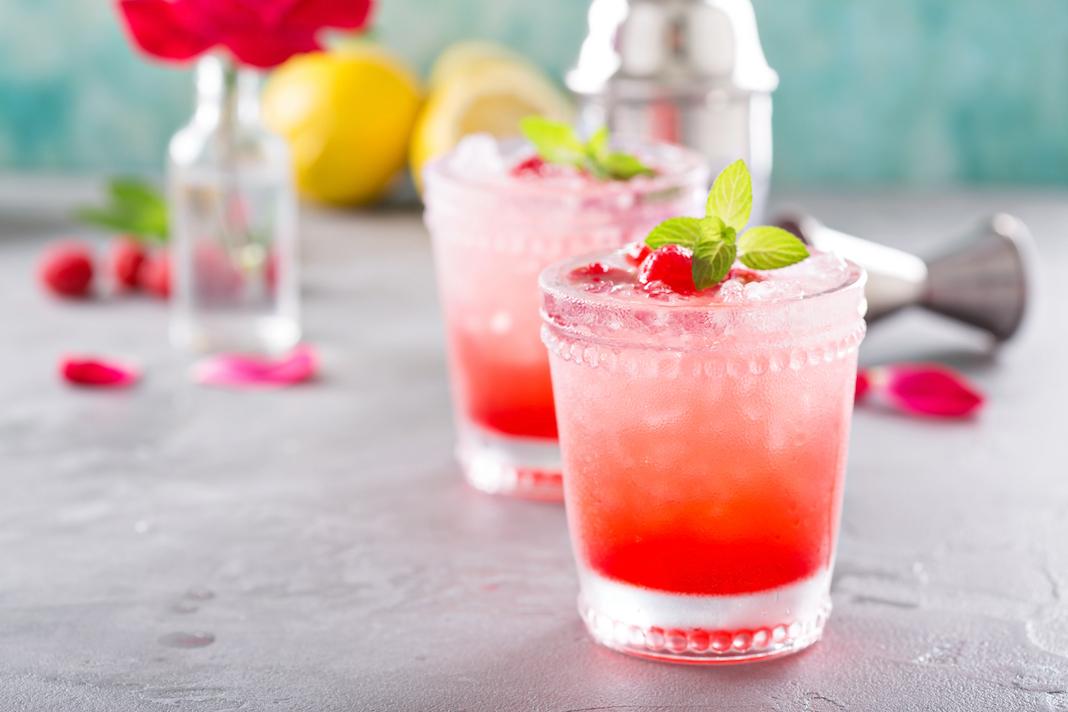 Eating out in Aix is expensive, but a glass of wine on a terrace, no matter the time of year, is easy on the palette and the wallet. Provençal rosés are dry and minerally, and pair well with salads, fresh fruit, or a light seafood pasta. For this rosé-inspired cocktail, muddle raspberries in a glass, then add grapefruit juice and rosé. You can do this any time of year with frozen berries and winter-fresh grapefruits. 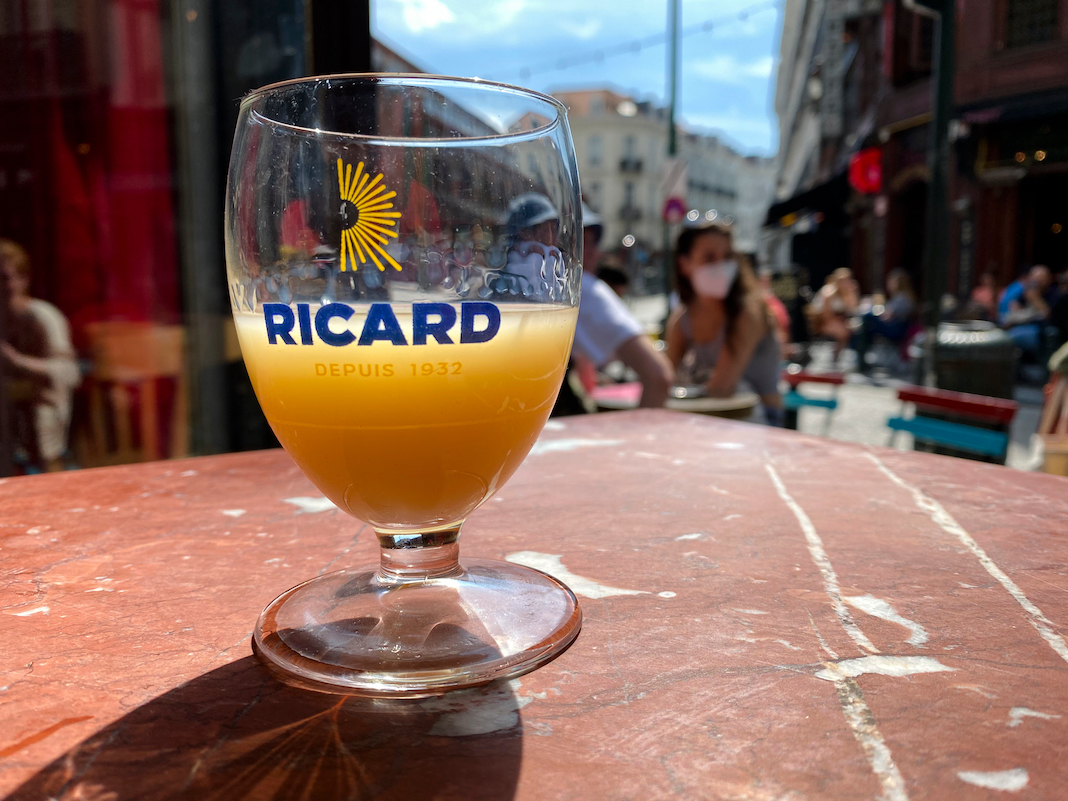 Marseille is famous for one beverage alone: pastis. This anise-flavored liqueur is potent, with an average ABV of 40-45%, and was invented in the 1930s as an alternative to absinthe. The most common brands are Pernod and Ricard and you can simply ask for “un pernod” or “un ricard” when ordering at a bar in France. It has a greenish-yellow or caramel color depending on the brand, but turns cloudy when water is added. When you order a pastis, it will come with a carafe of water so that you can dilute it to your preference. Serve alongside a game of pétanque before heading home for dinner. 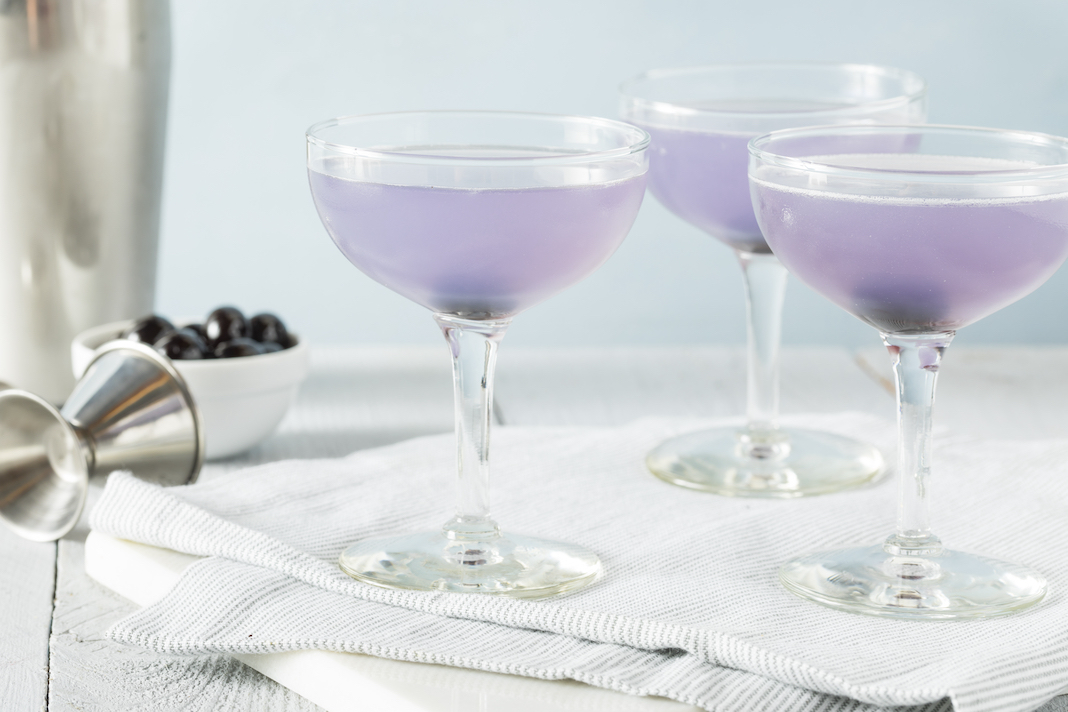 While the Aviation cocktail was not invented in France, it’s perfect for Toulouse for two reasons: First, because Toulouse is famed for its candied violets, so crème de violette is an obvious flavor choice. Second, because aviation and aeronautics are the backbone of Toulouse’s economy, and have been for a century. Be warned—a little bit of violet goes a long way, and this drink is sweet enough to cover up the punch it packs. Mix the ingredients in a shaker and serve straight up in a cocktail glass. Serve with a tarte au citron or cherry galette for dessert, or skip the dessert and just serve this!