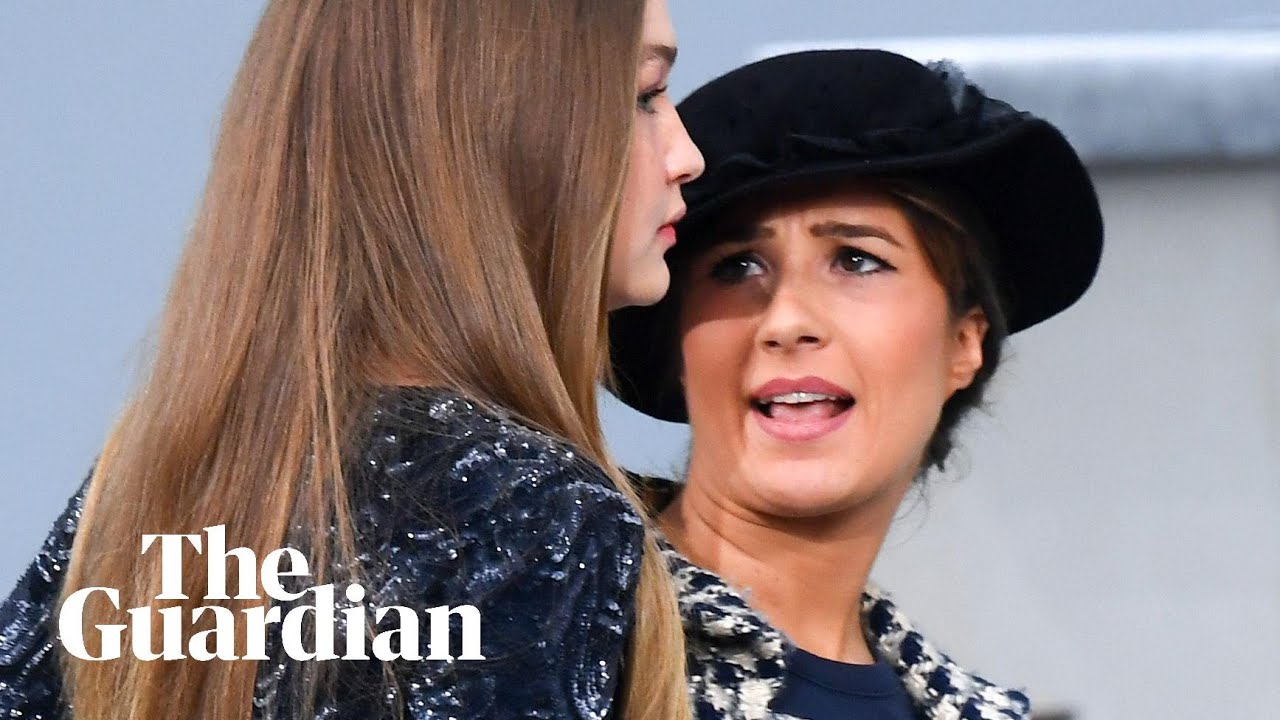 A French YouTuber Crashed the Chanel Runway Show in Paris

At least she was wearing Chanel.

On Tuesday morning, a French YouTuber jumped onto the runway during Chanel’s Spring / Summer 2020 fashion show at the Grand Palais in Paris. She slid in between two models and, hands on her hips, strutted down the catwalk.

The stage-stormer was Marie Benoliel, best known for her YouTube page, Marie S’Infiltre, which has 231,000 subscribers. She’s known for infiltrating stunts, which are part-comedy, part-performance, and part-public art. (Once she got on stage during a Marine Le Pen rally.) Presently she has a one-woman show at the Comédie des Champs-Elysées theatre in Paris.

Benoliel wore a black-and-white houndstooth tweed and hat, set at a jaunty angle, which created some momentary confusion as to her connection to the show. The suit was indeed vintage Chanel.

It wasn’t the fierce stare of a security guard that got Benoliel, age 28, off stage, it was that of American model Gigi Hadid, who stepped in Benoliel’s way. Hadid, a Lagerfeld muse, was a part of the show’s finale in the photo pit. She spoke briefly and sternly to Benoliel, then placed a hand on her shoulder and escorted her off the runway.

This was the second runway show crashed by Benoliel this season. She also stormed the Etam set, wearing silver lingerie, stepping into the spotlight behind top French model, Cindy Bruna.

In a statement, Chanel insisted that Benoliel wasn’t connected to the brand. “Her presence on the catwalk was not planned. Security guards simply led her to the exit at the end of the show.”

Cardi B, who was seated in the audience, summed up the morning up well: “I loved the show. I got a little scared when homegirl flew out there.”