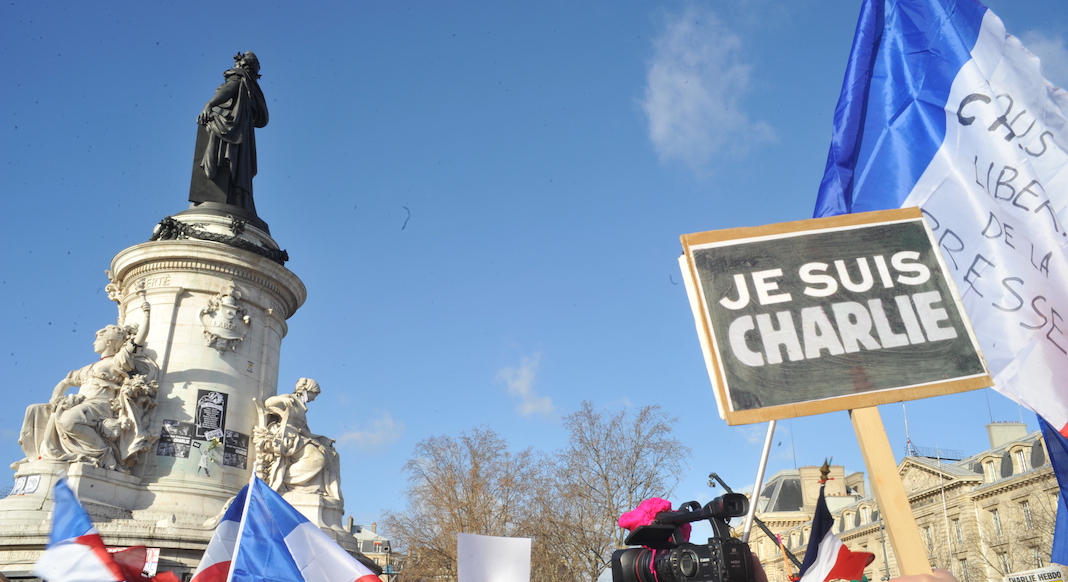 A Festival takes on the complicated topic of Freedom of Speech in the U.S. and France

It’s certainly one of the most misunderstood subjects between France and the United States: freedom of speech. But this doesn’t scare the organizers of the transatlantic festival: “Liberté d’expression, Free Speech and Cancel Culture,” which will take place April 23-25.

Organized by the Services culturels de l’Ambassade de France aux États-Unis, the French Institute Alliance Française (FIAF), and the Maison française de NYU, this virtual rendez-vous assembles a dozen speakers from both sides of the Atlantic, such as the documentary filmmaker Caroline Fourest, author Thomas Chatterton Williams, philosopher Manon Garcia, and Charlie Hebdo survivor Philippe Lançon. Over the course of three days, the speakers will explore different facets of this “freedom,” through the themes of religion (April 23), sexuality (April 24), and race (April 25).

“The Franco-American misunderstanding of this issue of free speech stems from different visions of what constitutes a unified culture and what role individual differences, whether sexual, racial or religious, should play in a national culture,” says Suzanne Nossel, director of PEN America, an organization that advocates for free speech in literature. She is the author of the book Dare to Speak: Defending Free Speech for All and will open the festival’s first discussion on religion and secularism.

The festival takes place against a backdrop of concern in France and the United States about the state of free speech. In July, nearly 150 intellectuals, activists and journalists took issue with the emergence of “cancel culture” on the left after the death of African-American George Floyd in an op-ed published in Harper’s magazine. This trending term refers to calls for boycotts of personalities or companies whose views are deemed controversial. “The free exchange of information and ideas, which is the very lifeblood of liberal societies, is becoming more limited every day. Censorship, which one would have expected to emerge from the radical right, is also becoming widespread in our culture: intolerance of differing opinions, a taste for public humiliation and ostracism, a tendency to dissolve complex political issues into a blinding moral certainty,” argued the signatories of the letter, including writer Salman Rushdie and linguist Noam Chomsky.

The assassination in October 2020 of Samuel Paty, a teacher in the Paris region who had show to his students, several days before, controversial Charlie Hebdo cartoons about Islam, relaunched the debate on the threats that hover over free speech in France. Today, part of the political and influential class in France has become unnerved by the arrival of “cancel culture” and American identity politics about race and gender in academia. The debate is so bad that the New York Times asked, in February, “Will American Ideas Tear France Apart?”

“There are outcries in both countries,” observes Suzanne Nossel. “It is the consequence of the fear of a loss of privileges and the real concern that certain ideas will be suppressed or that certain opinions will no longer be recognized as acceptable.”

Suzanne Nossel has seen at her level the difficulty in getting the French and Americans to agree on the subject. In 2015, PEN America’s decision to give an award to Charlie Hebdo journalists led six of its members to boycott its gala. One of the protesters put forward the “cultural intolerance” of the satirical newspaper to justify his decision.

While the director of PEN America is concerned about the state of free speech in the United States, where “it is frowned upon by the younger generation, who associate it with something that offends them,” she said she was “extremely alarmed” by the beheading of Samuel Paty in France. “It is an illustration of the anger and extremism that inhabits this debate,” she said. “But it is also a mistake to blame all Muslims.”

Whether in France or the United States, “it is not possible to lock these issues, religious, racial or otherwise, in a box forever. They concern important parts of the population, especially young people who will play a role in media, politics and professional circles tomorrow. We must learn to give them a voice without compromising the liberal principles that govern the exchange of ideas.”