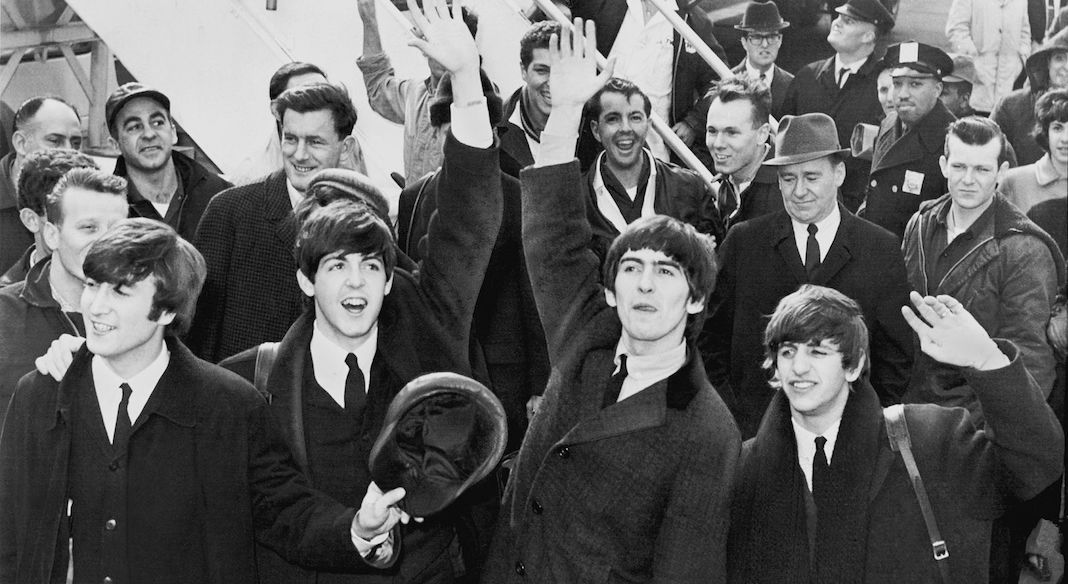 9 British Artists Who Sang in French

The greatest names in the history of British music couldn’t resist the desire to have their music played in Molière’s language.

While English has long ruled supreme in the global music industry, a surprising number of British artists have tried their luck by singing in French. (One may wonder why.) The decisions to sing en français have given rise to harmonious pieces… but also to some musical missteps. You be the judge of which of these nine British artists deserves the prize for the best French song.

Being accompanied by a French-speaking person certainly helps in the endeavor to create a good French song. The British singer wanted to collaborate with the French singer after hearing his song “Il Jouait du Piano Debout” over and over again. Even if it was on the B-side of a 45 rpm with the song “Les Aveux,” “Donner pour donner” became a hit shortly after its release in 1980. The two artists have a relatable complicity on this track and John perfectly masters the French lyrics, which are rather complex in the verses.

The British pop-folk star put this French version of her hit “Will You Still Love Me Tomorrow” on a four-track, French-themed EP that also includes “Je ne peux pas t’en vouloir” (Losing You), “L’été est fini” (Summer is Over) and “Reste encore un instant” (Stay A While). Springfield has impeccable pronunciation and could’ve competed musically en français with Françoise Hardy or France Gall.

The story goes that when Paul McCartney wrote “Michelle,” he passed the lyrics on to his friend Ivan Vaughan, whose wife, Jane Vaughan, was a French teacher. It is an English ballad with a few lines in French: “Michelle, ma belle, sont des mots qui vont très bien ensemble” (Michelle, my beautiful, are words that go very well together). Simple yet effective. The choice of the first name apparently comes from a meeting between McCartney and a French fan named Michelle.

In collaboration with Laetitia Sadier, a French chorister from Stereolab, Damon Albarn provides vocals for this melodramatic track by the British group Blur. The effort is applauded but the song sounds more like a bad translation and the singer needs a great effort to reach the high notes. Nothing seems natural here, but it’s still a great experiment for the rock band.

Bowie’s 1977 signature song, “Heroes,” which tells of a love story on either side of the Berlin Wall, has a cover version in French and German recorded by Ziggy Stardust himself. A limited number of copies were released at the time under the title “Héros – David Bowie chante en français.” The vinyls are now selling for 80€ on Amazon. It’s difficult to say whether “Héros” sounds better or worse than his original English version. In any case, the French government loved it (and him) enough to make Bowie a Commandeur de l’Ordre des Arts et des Lettres in 1999.

The British electro-pop duo formed by Annie Lennox and David A. Stewart, famous for “Sweet Dreams (Are Made of This)” gave an 80s touch to Françoise Hardy’s classic 1962 hit “Tous les garçons et les filles.” Lennox has recorded other songs in French (including a Christmas song) and seems to have a very good command of the language. This version once again reveals Eurythmics’ talent for interpreting nostalgic texts in a lively and energetic way.

French at heart but English by birth, Jane Birkin transported us into her naive and refined universe with this song that sounds like a nursery rhyme. The artist, who has lived in France since the 1960s, obviously has no difficulty singing Molière’s language with her sweet and intoxicating voice. The album, which bears the same name as the song, was written by her love Serge Gainsbourg himself. Although it may seem harmless, the song “Di doo dah,” in which Jane calls herself a “garçon manqué” (tomboy), is representative of her and Gainsbourg’s controversial and provocative album of the same name.

Charismatic and controversial, the former singer of Take That covered his own song “Supreme” in French, and it sounds surprisingly good! Williams adds a little something special when he sings in French, which is also apparent in another one of his songs sung in French, “Time On Earth,” recorded in 2017.

In 1996, the British boy band Worlds Apart released a cover of Jean-Jacques Goldman’s hit “Je te donne,” which reached the third spot on the French charts. After releasing their first album in England, it was, in fact, in France that these British artists became successful. Polyglots themselves, they alternated titles in French and English and sometimes recorded in Spanish, German or Polish. One year the boy band even represented France at the World Music Awards, thanks to its phenomenal success in the country. Real ambassadors of the French-speaking world!

This article was originally posted on our sister site French Morning London.