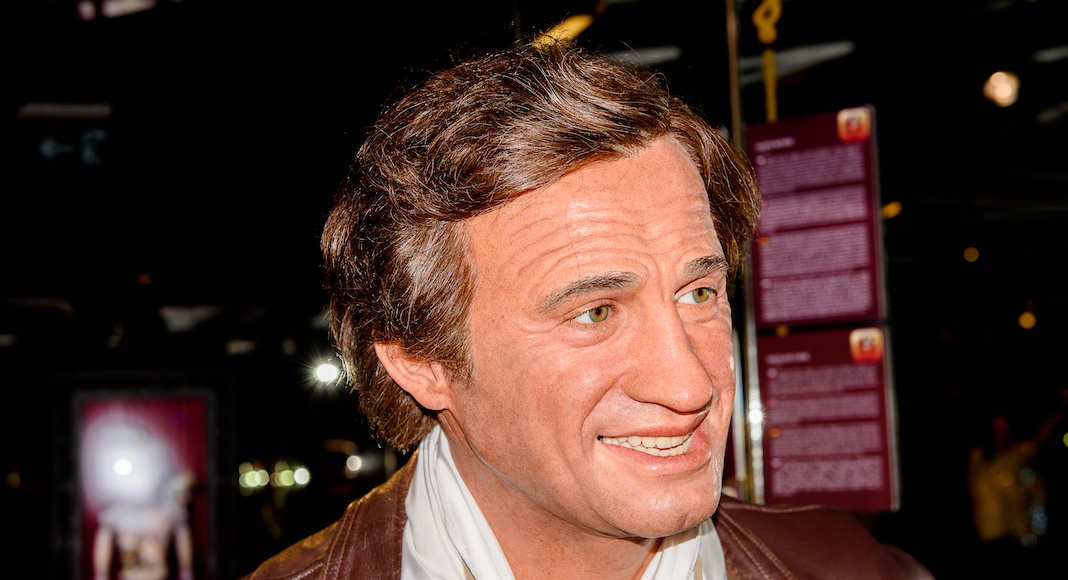 Jean-Paul Belmondo, who passed away this week at the age of 88, was for decades considered the epitome of cool in French cinema. He starred in over 80 films across six decades, starting as a darling of the French New Wave, and becoming a comedy and action star known for performing his own impressive stunts on camera. He had a tumultuous relationship with the French film crowd, once declining to attend the César Awards after winning the Best Actor Award in 1989 for Itinerary of a Spoiled Child. But he was beloved by French moviegoers for his bad boy charisma and his ability to jump with ease between genres.

Here are just a few of Belmondo’s unmissable films.

When Belmondo starred opposite Jean Seberg in À Bout de Souffle (“Breathless”), he hadn’t yet reached the same star status as his on-screen amour. But this first major leading role, as a petty criminal running from the law after murdering a police officer, sees the young actor cast a dark sparkle against the silver screen. Seberg plays the American in Paris who loves him, leaves him, and eventually turns him in, in the film that kickstarted director Jean-Luc Godard’s career, and much of the New Wave movement. Watch on HBO Max here.

Inspired by James Bond adventure films and a series of French comics including The Adventures of Tintin, L’Homme de Rio (“That Man From Rio”) mixes adventure, comedy, and romance together in an exotic and entertaining romp. With a stolen (and allegedly cursed) Amazon statue, a kidnapped girlfriend (played by Françoise Dorléac), and a variety of fast-paced capers, it’s no surprise that this film is cited as one of the primary inspirations for Raiders of the Lost Ark. Rent on Amazon Prime here.

Released in the U.S. as “The Finger Man,” Le Doulos is slang that refers to both a type of hat, and a police informant. A gangster-turned-squealer named Silien, played by Belmondo, plays both sides in the seedy French criminal underbelly. Directed by Jean-Pierre Melville, this film is about as noir as it gets, all trench coats and fedoras, and a lot of different colorful synonyms for “snitch.” Rent on Amazon Prime here.

Another fantastic Belmondo-Godard collaboration, Pierrot Le Fou is about a man who escapes the doldrums of everyday life to run off with his babysitter, played by Anna Karenina. What he doesn’t know is that the girl is wanted by an Algerian terrorist organization, and the two end up going on a crime spree in a dead man’s car before their Bonnie & Clyde adventures fall prey to melancholy and madness. It’s a wild ride from start to finish, and Belmondo’s unforgettable final scene will be scorched blue in your brain forever. Rent on Amazon Prime here.

If you’re still in the mood for gangsters, fret not: Belmondo has no shortage of sexy criminal movies. In Borsalino, another hat-themed film, he stars alongside his longtime rival, Alain Delon, as a couple of rivals-turned-partners climbing the ladder of Marseille’s gritty underworld. A predecessor to Marseille crime dramas like Netflix’s Marseille and Matt Damon’s Stillwater, Borsalino sees two perfectly matched actors shine opposite each other. In real life, however, Belmondo famously sued Delon over whose name would appear first in the credits. Rent on Amazon Prime here.

Co-produced by Belmondo himself,  this biographical drama is based on the life of the financier and embezzler Alexandre Stavisky and his mysterious death in 1934. The Stavisky Affair led to riots in Paris, the resignation of two prime ministers and a change of government. Watch on France Channel.

Ace of Aces (l’As des As) was a huge public success, with a Belmondo at the peak oh his career at the time. In the same vein as La Grande Vadrouille, by the same director Gérard Oury, this action comedy is set on the eve of WWII. This big-budget movie  -for the time- is packed with fast-paced and highly entertaining scenes. Watch on France Channel.