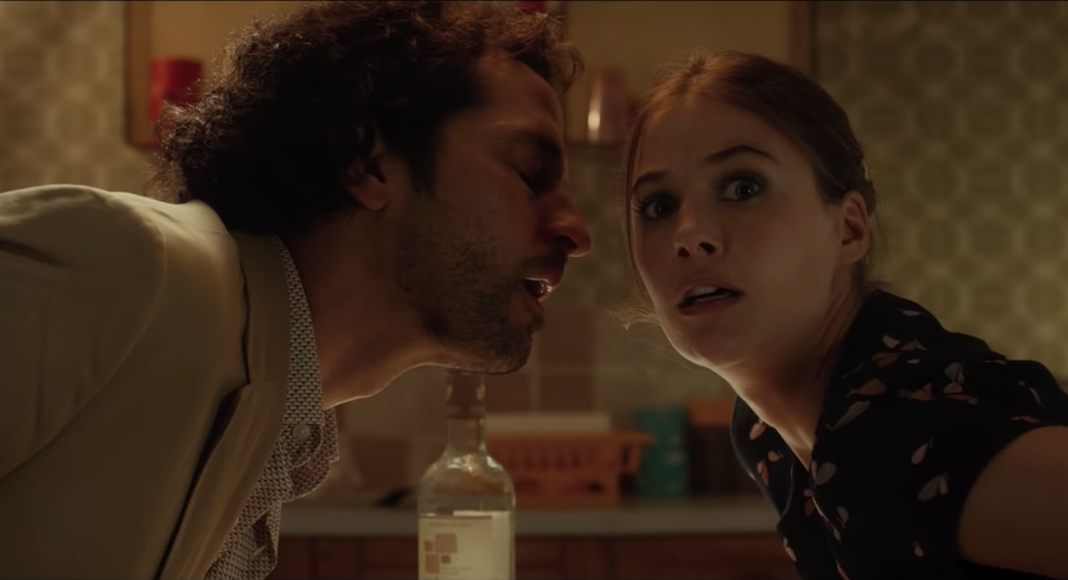 11 French Movies to Watch On Netflix This Winter

Cuffing season is here, and that means one thing: cozying up with your new beau du jour and an industrial-size bag of popcorn to watch some Netflix. So if you’re trying to impress a Frenchman by showing off your impeccable taste in film, or simply want to brush up on your français with a touch of culture, here are 11 movies on Netflix to pick from.

This film by Laurent Cantet was screened in the “Un certain regard” category at the Cannes Film Festival, which showcases “films with unusual styles and non-traditional stories.” The subject? A writing workshop in a ship town in the South of France. A famous novelist is flown in to teach a group of young working class students, and given more than she can chew when a caustic troublemaker named Antoine starts stirring up class and race issues to torment the classroom. — watch here

The snowy backdrop of mid-winter Poland might seem romantic on first glance, but this film about a convent trying to keep a dangerous secret in the middle of World War II is about a lot more than meets the eye. It might not be the upbeat date night movie you’re looking for, but a 95% Rotten Tomatoes rating has to count for something, and the overarching theme of women standing up for one another is perhaps even more relevant today than it was in 1945. — watch here

Adapted from a book by the the writer of Amélie, this animated film about a hand searching for its lost owner might sound strange, or even grotesque, but just one look at the trailer and you’ll understand why “I Lost My Body” is being lauded as a beautiful and utterly original piece of film. It recently became the first animated film in history to win the Nespresso Grand Prize at Cannes, and let’s just say it might have a few more awards coming its way in February. — watch here

This LGBTQ film tells the story of middle-aged writer’s attempts to battle AIDS while carrying on an affair with a much younger man. Written and directed by veteran auteur Christophe Honoré, Sorry Angel captures the lightness and humor that often accompany the last throes of doomed men. This dark, but moving film was nominated for seven awards at Cannes, including the Palme d’Or. — watch here

The perfect film for any French art lover, the “Moi” in the title refers to Émile Zola, one of the preeminent French writers of the late-19th century, whose long and complicated friendship with painter Paul Cézanne is the subject of this piece. The lush Aix-en-Provence setting will have you considering a moody artistic pilgrimage. — watch here

An antisocial puzzle maker loses his mind — and then his heart — when a pianist moves in next door, turning up the volume on his entire life. This lovable romcom might make use of a few tried and true clichés of the genre, but ultimately it’s the chemistry between the two leads that makes this story, played out on opposite sides of a brick wall, work. — watch here

Co-directed and starred in by French rapper Kery James, this film about a trio of brothers explores life in Paris’s banlieues, the locale au courant for impactful French cinema. The Netflix original was only released in October, and follows a broken triangle of brothers: the oldest, a gangster; the middle child, a successful law student; and the kid brother, who needs to pick the role model whose footsteps he will follow in. — watch here

This unusual sports movie begins with a boy leaving the French Pacific island of New Caledonia to play rugby in France, disowned by his father and turned away at the door by a profiteering talent scout. “Mercenaire” is a film with the heart of your all-American baseball flick, and the finesse of a festival-circuit French film. And at a time when the question of where exactly French athletes are coming from is being called into question, it might truly be the authentic French immigration story a lot of people need to see. — watch here

Everyone knows that French people love Kristen Stewart. In fact, this was the film that made her the first American actress to win a César award. But what’s even better than Kristen? Kristen starring alongside veteran French leading lady, Juliette Binoche, of course. Shot on the snowy Swiss hills of Sils Maria, this doomed tale of infatuation is a Russian doll, as the madness so central to the play within the film leaks and touches every character in her own tragic fashion. — watch here

Nothing says “holiday with the family” like an animated film about post-apocalyptic France, set in a steampunk version of 1941. Marion Cotillard voices the titular character, a young teenager accompanied by a talking cat, on a search for her missing scientist parents. It’s the perfect film for history buffs, science fiction nerds, and it’ll keep your annoying niece occupied while you hunt down another mug of eggnog. — watch here

A wheelchair-bound policeman needs to take down a mob kingpin with a broken face. But he can only do it with the help of an 11-year-old boy with the ability to let his spirit fly off into the night while he lies asleep in his hospital bed. The original French version stars Édouard Baer, Jean-Pierre Marielle, and Audrey Tatou, but the dubbed English version, with Vincent D’Onofrio and Fred Armisen, might also be worth taking a look at. — watch here