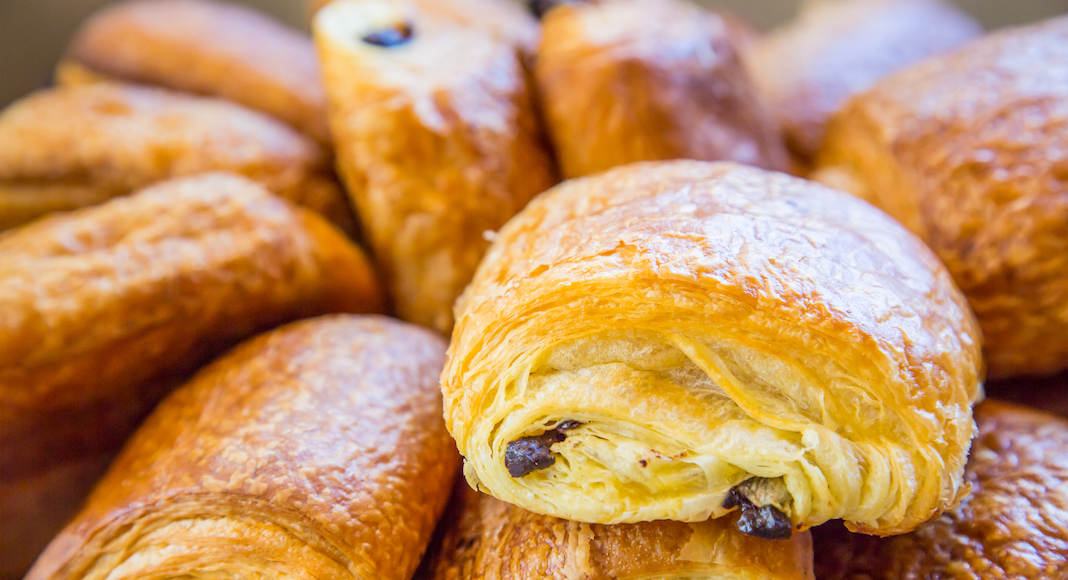 New York has no shortage of French pâtisseries, but most of them tend to fall into one of three categories. There are your pricey, glossy Midtown and Soho name brands, like Laduree or Dominique Ansel, where you’re likely to spend a small fortune on a macaron. There are your cult favorites, like La Bicyclette or L’Appartement 4F, which will keep you waiting in line until the baguettes have sold out. And then there are the unsung heroes of French pastry, the hidden gems and the unpretentious spots where you can walk in, get a pain au chocolat, and be on your merry way, credit score still intact. Here are some of our favorites.

Chef Olivier Dessyn wanted his bakery to have “a combination of the French touch with American straightforwardness.” In 2011, he opened the initial Greenwich Village location of Mille-feuille, the pastry of “a thousand sheets,” a joking reference to the nearby NYU Bobst Library. The pocket-sized pastry shop quietly took hold in the neighborhood, eventually expanding to locations in the Upper West Side and Park Slope. Order a mille-feuille to eat in Washington Square Park.

With an Executive Chef educated at Le Cordon Bleu and the French Culinary Institute, and a location on Greenpoint’s main drag Manhattan Avenue, you’d expect Charlotte Patisserie to put on a few more airs than it does. But this accessible local hideout offers not only a full lunch menu (complete with wine and beer) and extensive assortment of pastries, but a charming backyard as well (though McCarren Park is just across the street if you prefer). Have a mimosa with your mousse for a laid back mini brunch, or pop into their Cobble Hill location if you’re on the other side of the G Train.

The French-educated and excessively awarded team at Bien Cuit takes their name as their baking philosophy both literally and figuratively (bien cuit means “well done” in French). Their bread is characterized by a dark, caramelized crust perfect for dunking in soups or sopping up sauces, or even just spreading with a thick layer of butter. In addition to their specialty breads (we’re looking at you, Blue Cheese Onion Campagne), they also offer viennoiseries, sandwiches, and other sweets at their Crown Heights, Boerum Hill, and Grand Central locations.

Maman’s first location, in Soho, was opened in 2014 by a husband and wife duo, and styled to feel like a Provençal family home. Though they now have eight NYC locations (with a ninth on the way in Cobble Hill in September), visiting one feels less like going to a chain and more like visiting the home of a family member overseas. You can grab a bite with Maman in Soho, Tribeca, Hudson, Nomad, the Upper East Side, Greenwich Village, and the West Village, but we’ve got a soft spot for the one in Greenpoint.

You might walk right by the dark wood-paneled Clinton Hill establishment known as Beny’s Delice, but we urge you not to. Owner David Benizeri was influenced by his time catering in the South of France to open a French cafe with Mediterranean influences. Skip the bodega and opt for a breakfast croissant instead, and don’t forget to stop at an ATM, because Beny’s is cash only.

You may not have expected a couple of Frenchies to open a bakery in the middle of Spanish Harlem, but it’s 2021 and we could use a positive surprise for once. Frenchy Coffee was formed out of a labor of love by two French immigrants committed to bringing fresh, homemade French pastries and quality coffee to the top of Manhattan.

If you couldn’t guess, Miss Madeleine in the Upper East Side is known for their Madeleines de Commercy, the spongy shell-shaped cakes that Proust wrote so nostalgically of. If you can get past the princess pink Eiffel Tower stencil aesthetic, you’ll find that the pastries themselves are no-frills and delicious.

Though its minimalistic, white-walled look might put you in the mind of a Scandinavian coffee shop, don’t be fooled—Eclair Bakery is French to the core. Since 2013, chef Stéphane Pourrez has been whipping up a delicious selection of eclairs and other pastries and viennoiseries just far east enough on Second Avenue to be out of the Midtown East rush. In addition to Traditional, Chocolate, and Hazelnut Eclairs, try a Dulce de Leche, Passionfruit, or Cheesecake concoction.

Those in the know will recognize Stuy Town as a Francophile enclave, so it’s no surprise that this little shop on the corner of the neighborhood has some of the best choux in town. Chef Dina Glore was born in Lebanon, before moving to Belgium as a child, and later living in France, Japan, and the USA, and as a result her choux have European, Asian, Middle Eastern, and American flavors. Whether you’re in the mood for Rose Water, Mango Coconut, or Paris Brest, you won’t be disappointed at Petit Chou.

Think of it as your local French corner shop, in the middle of Cobble Hill. Le French Tart Deli stocks products right off the boat from France, from cookies and candies to a full slate of charcuterie options. They also offer, bien sûr, fresh viennoiseries like almond croissants and tarte aux abricots.

The long-awaited bakery from the former head baker of Maison Kayser, Yann Ledoux, has finally arrived in Stuy Town. Bread Story has a simple motive, to provide ​​“good, local bakery products like you would find in France, at accessible prices.” With baguettes baked fresh four times a day, it’s no wonder that bread is the star of the show in this little slice of France.