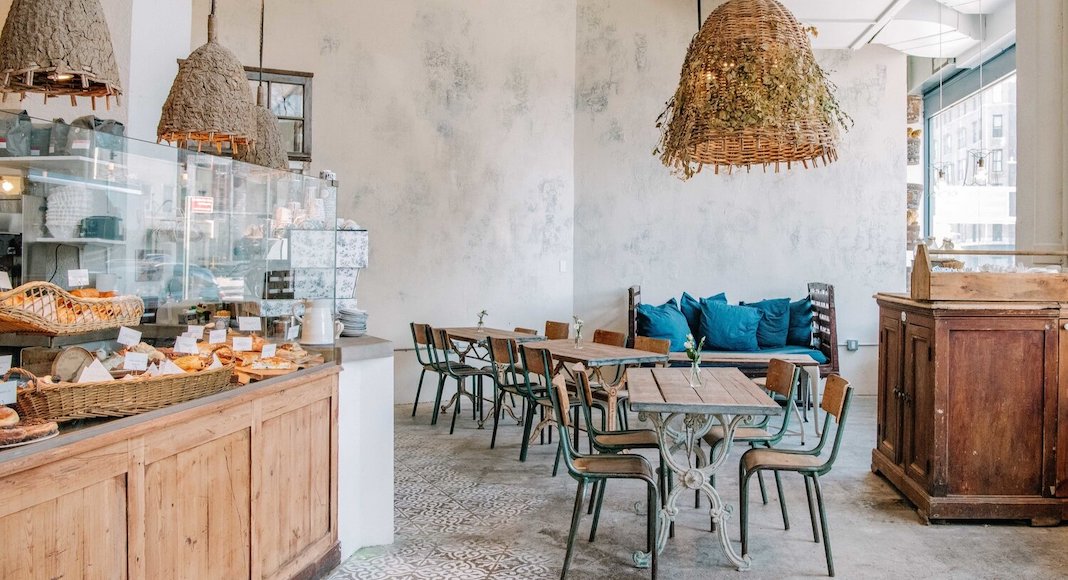 We last met in July 2017, at the opening of “Marché Maman,” a retail space adjacent to the French cafe/bakery in SoHo. Since then, the market has closed, Covid-19 has popped up, but the bad news hasn’t dampened Benjamin Sormonte and his wife Elisa Marshall’s grand plans.

The couple, already at the helm of seven New York City locations, announced the opening of two new Maman locations: on the Upper East Side on June 1, and in Cobble Hill in September. “We tried to survive during the pandemic by providing breakfasts to hospitals, developing e-commerce and doing a lot of deliveries,” Sormonte explains. “Opportunities have reopened since then, with attractive rents thanks to the current socio-economic situation.”

The Maman adventure began in 2014 in New York City, when Benjamin, Elisa, and a third partner took over an old poster store in SoHo and transformed it into a restaurant decorated like a Provençal family home. “This idea came from being fed up with eating poorly at lunch, and the desire to offer healthy food, to eat on the go,” Sormonte says. At the time, there was no service in the dining room, people ordered at the counter to take away, or to sit at large wooden tables, in a room furnished with rustic chairs and an old buffet from France. “We have kept this family spirit today, even if the concept has evolved a little with table service on weekends for brunches. But the quality does not change,” promises the Montpellier native.

Located on 3rd Avenue at 81st Street, the new Upper East Side cafe/bakery Maman will seat 60 guests in a beautiful brick space with a patio. Renovations to the Cobble Hill location (154 Court St.) have not yet begun. “To continue to invest in New York? You have to believe in it, it’s a gamble. But the situation is already better today than it was six months ago,” says Sormonte. “We’re doing better now than before the pandemic. New Yorkers are really eager to get back to normal life.”

Maman, which initially expanded to SoHo, Nolita, then Brooklyn and Greenpoint, wants to “move up” to new Manhattan neighborhoods in the future. A tenth establishment will open at the end of the year in Midtown, in the prestigious Helmsley building that spans Park Avenue at number 230, before a possible development in outlying cities such as Greenwich (CT) and Princetown (NJ). “Our only investors are family and friends. We’re growing organically with total control over our business,” comments Sormonte. “We try to be authentic, and I hope that comes across in the design, in the food and in our staff. We’ve been fortunate to be surrounded by people who have had a very good idea of what we’re doing from the beginning.”