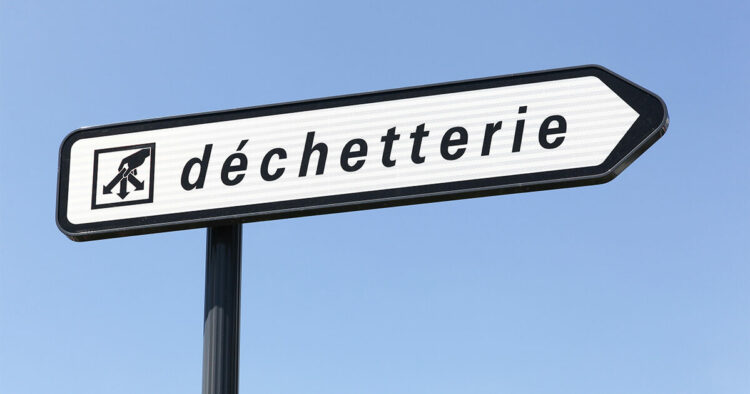 There will come a day after you’ve moved to France when you need to go to the dump. No American has ever renovated a charming old house in France without taking out at least one wall. The French of yore were tinier folk than Jerrod and I – hulk-sized Americans with our shocking morphology – and surely thought nothing of living out their lives pacing around cramped rooms slightly larger than an XL dog crate. Renovation means demolition, and demolition means piles of rubble, and piles of rubble means a trip to the dump. 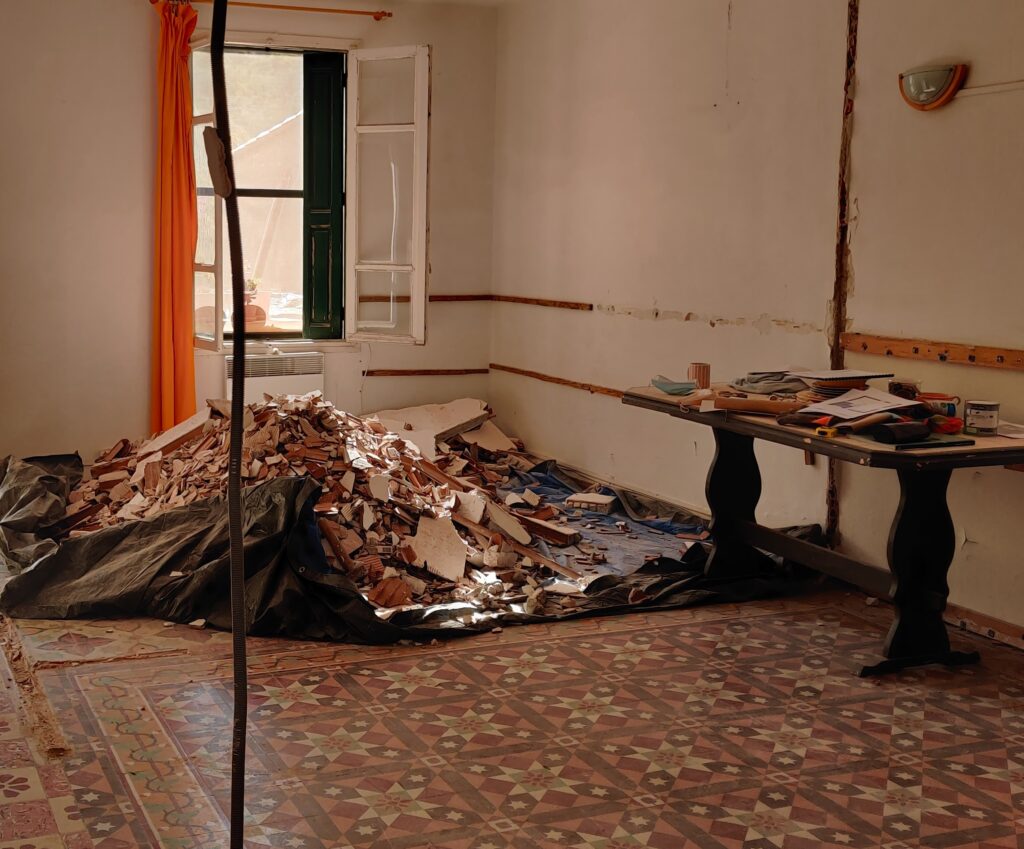 If you’re thinking, as I did, that you can sneak some of the smaller waste into the garbage, forget about it. The trash haulers who work the Rue du Soleil take their jobs very seriously, and are very strict. Once, I yanked a handful of calla lily bulbs out from the garden and dropped them in with the food waste, which is picked up on Monday mornings. I figured they’d be mistaken for spring onions. When I collected the empty bin Monday afternoon, the calla bulbs had been left on top. Another time, my husband, Jerrod, dropped a (recyclable) sack of rubble into the recycling. The same thing happened. The bag was left on top of the can, this time with a note, written in the same curly handwriting that belongs to every Frenchman on earth, telling us that it was interdit to put the (recyclable) sack of rubble into the recycling can, and that we needed to dispose of it properly at the déchetterie. I was delirious with joy that our trash hauler thought we were merely ignorant, and not just sneaky and lazy. Which we are.

The déchetterie, or dump (as usual, the word sounds much sexier in French), is free for everyone. However, this being France, with its commitment to making you weep with yet more paperwork, you need to apply for a special carte d’access. This requires filling out a detailed application and producing the kind of documents citizens in other countries recycle (electric bill, I’m looking at you). We hadn’t quite figured it out yet, so a few months into our renovation, and after we had accumulated a pile of debris that required disposal—not to mention the detritus left behind by the previous owners, including but not limited to: the sad, stained mattresses, broken lounge chairs, slightly creepy knick-knacks, and a box of crusty, spore-laden doilies tatted by some half-blind grandma– we borrowed a friend’s car and carte d’access. (Full disclosure: We did save a stack of Van Gogh yellow plates and an antique tin box of extra fines spices left behind in the garage.) 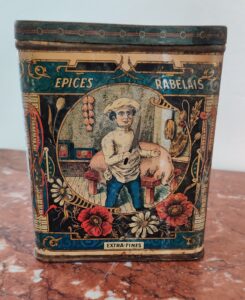 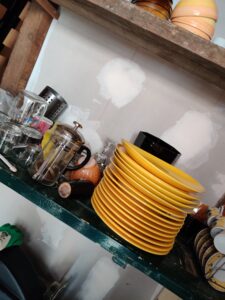 Our local déchetterie is on the outskirts of the next village. France takes public utilities and facilities seriously. It’s the practical side of égalité. The idea is that tout le monde in France should have nice roads, nice train stations, and nice, clean, well-organized places to dispose of waste. Our déchetterie is a sort of split-level arrangement. The parking lot is on the second level. Around the periphery of the lot, on the first level, if you will, king-sized Dumpsters are arranged at regular intervals. Thus, the top of each Dumpster is level with the parking lot. This allows for maximum ease in disposal. You can simply drop that broken pole lamp into the correct Dumpster, rather than having to chuck it up and over the lip, like a javelin.

There are ten designated bins: household waste, wood, paper, green waste (garden clippings), rubble, Asbestos, used batteries, metal, motor oil, miscellaneous household bulky items, and something called “specific diffuse waste,” whatever that is.  Each bin is clearly numbered, and flies a jaunty banner bearing the corresponding iconograph. It’s a model of efficiency, and a little slice of Heaven if you’re a person who likes to sort things. 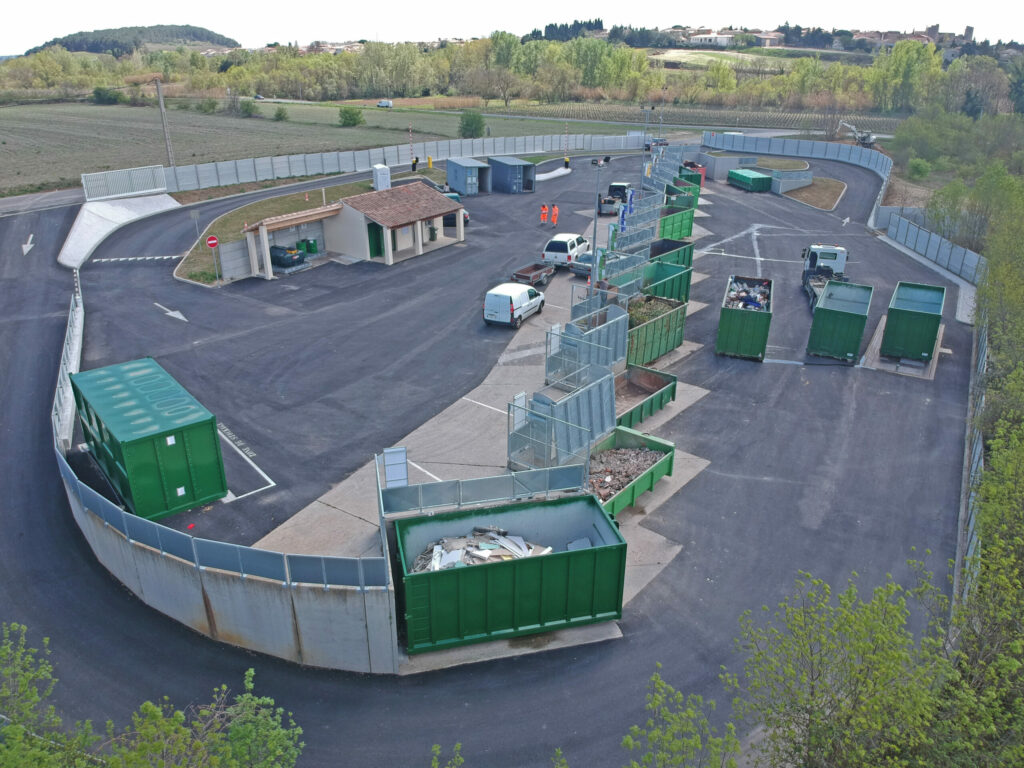 The people who work at the déchetterie wear iconic yellow jumpsuits. Our favorite mec is a Catalan guy who pops his collar, sports John Lennon glasses and a graying Dutch boy haircut. During our first adventure there, he heard us speaking English and shouted at us, like we are hard of hearing, “Your language is impossible! I see the Rolling Stones twenty-one times at a concert! Twenty-one times! And I still no speak any English!”

The rocker works with an older gentleman who reminds me, touchingly, of the late Phillip Seymour Hoffman, if Hoffman had been reincarnated as a Frenchman employed by the town dump. He has the same pale hair and an air of drowsy amusement. Phillip is fluent in the English of recycling. He mans the booth at the entrance. Upon arrival, he walks around to our vehicle, peers intently at our mound of stuff and intones, “Wood go to ten, metal go to eleven, cardboard go to seven.” He then follows us to make sure we park near the correct numbers. I sort of love him. 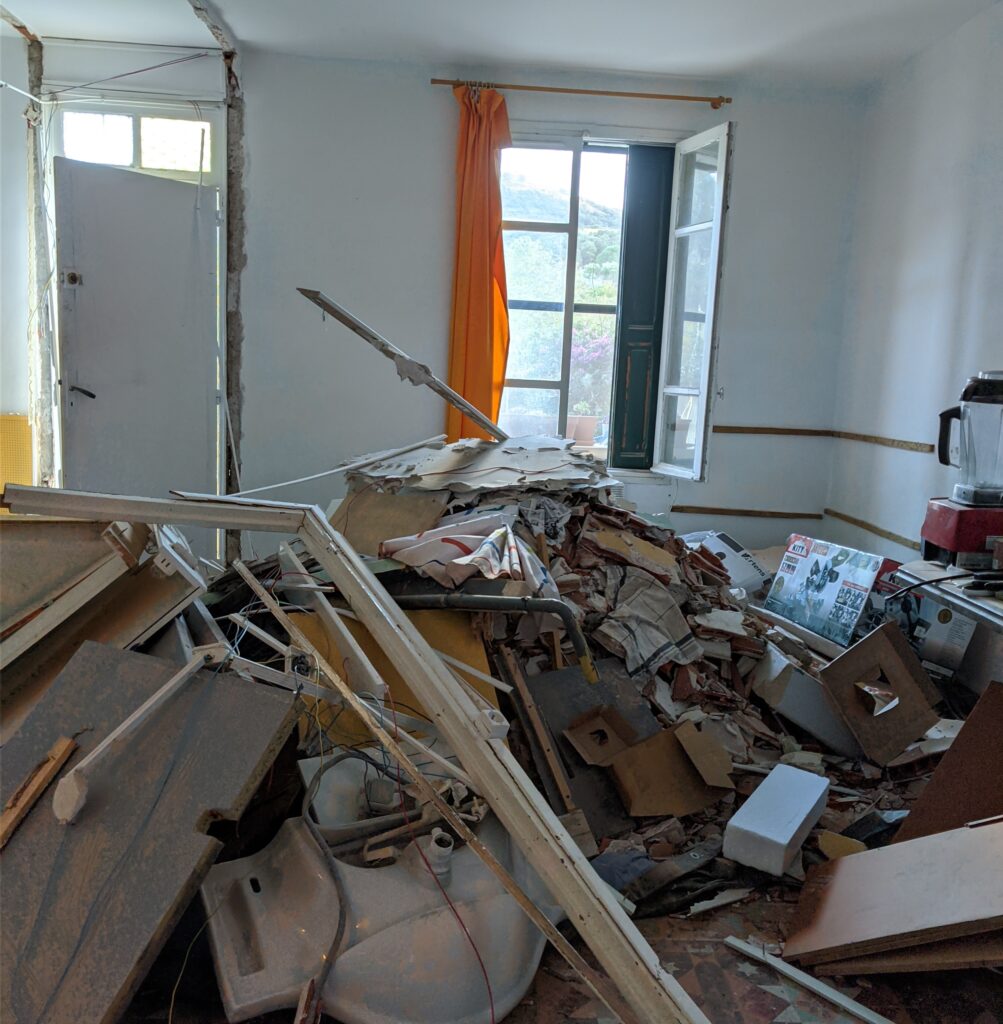 When the rocker and Phillip Seymour Hoffman learned we were Americans, they started helping us with our unloading and sorting. Being professional dump-workers, I’m sure they knew Americans were the kings of wish-cycling, where you just jam some plastic something or other you hope is recyclable into the bin and count on the magic Recycling Fairy accepting it.

I thanked them in French, in that too enthusiastic way we ingratiating Americans can be. They traded brief glances, and Phillip said earnestly, “It important that everything is correct.”

On the way home, Jerrod and I laughed. Perhaps this was true at the déchetterie, but the charming construction guys back at the Rue du Soleil doing our renovation didn’t share this strict philosophy. Not one new wall in our house would turn out to be square. I don’t think the guys we hired owned a level, or possibly even knew what one was.

The rocker wasn’t impressed with Phillip’s English, or maybe he was just jealous. Once, he shouted to us about Phillip, “Il parle anglaise comme une vache espagnole,” or, “He speaks English like a Spanish cow!” This was once a very serious insult in our neck of the woods, but now the idiom is sort of old-timey and ironic. Nevertheless, it’s still considered disparaging. It dates back to the 16th century, and may have had nothing to do with cows, vaches, in fact, but referred, instead, to Basques, or, vasces.

The Basques have occupied this same part of the western Pyrénées mountains running between France and Spain since Roman times. The French Basques used to have a reputation for sticking to Euskara (the Basque Country language) and spoke proper French supposedly very badly. Then, you know how it goes, someone somewhere got really drunk and instead of saying “You speak French like a Basque,” they said, “You speak French like a cow,” and then added “Spanish” for an extra flourish. Voilà, a new insulting phrase was born. It’s snooty and offensive, as befits the temperament of cheese-eating surrender monkeys (a slur nasty Americans have been known to hurl against the French).

I, myself, am trying to come up with some kind of a fabulous, witty affront to share with the rocker and Phillip the next time we’re there. I’m trying to work up something about French wall paint, which is both too thin and over-priced. (Example: “That hooker is like French wall paint!” How I would actually work this into the conversation is unclear.) Because that’s something else we’ve become all too familiar with: The need for wall paint that’s thicker than Kool-Aid and doesn’t cost the eyes in your head, or, in the language of the land, “coûter les yeux de la tête. 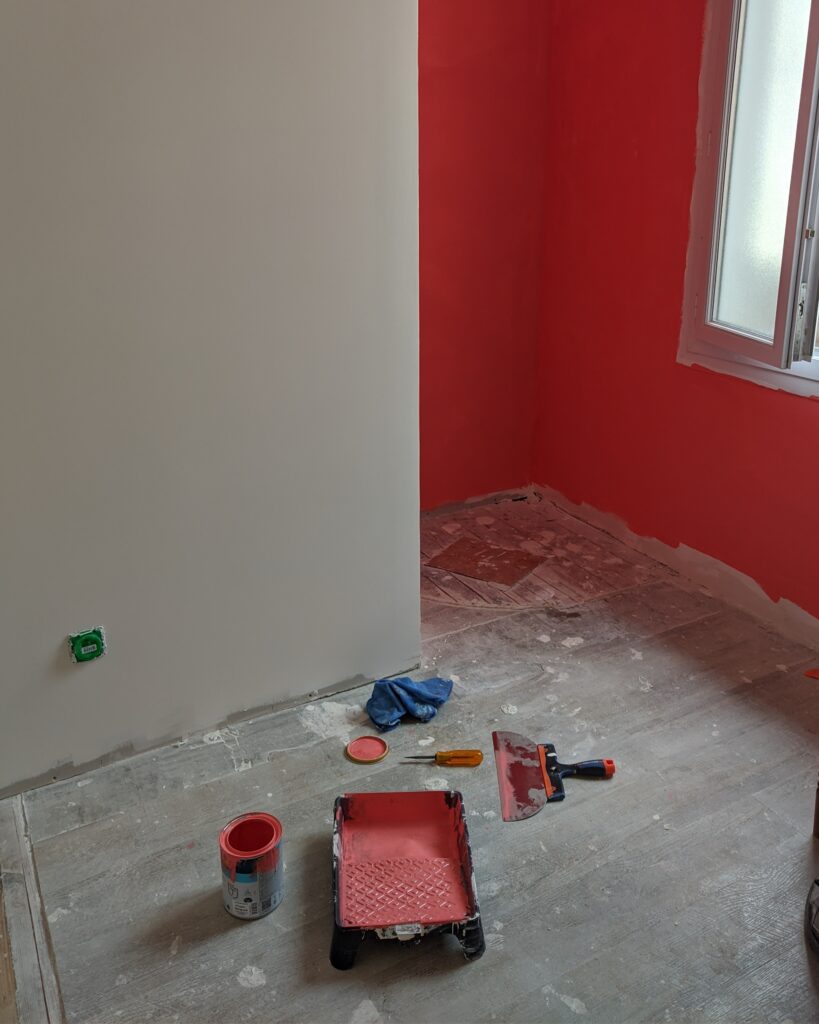 But I’m a lover, not a barb-hurler. Jerrod and I, like all the locals, have just simply learned to go to Spain for our paint. It’s an open secret that Spanish paint is that much better. Everyone knows this, even Spanish cows.

Karen Karbo writes the Rue du Soleil column for Frenchly. Her 2021 essay, Au Revoir Thanksgiving, was the germ for this column. Karen is the author of fourteen award-winning novels and works of non-fiction including the international bestseller, The Gospel According to Coco Chanel. Her essays, articles and reviews have appeared in Elle, Vogue, O., The New York Times, Tin House, Salon, Slate and elsewhere. To connect with her, buy her books, and learn about her writer’s retreat in Collioure, France, please visit her website here. 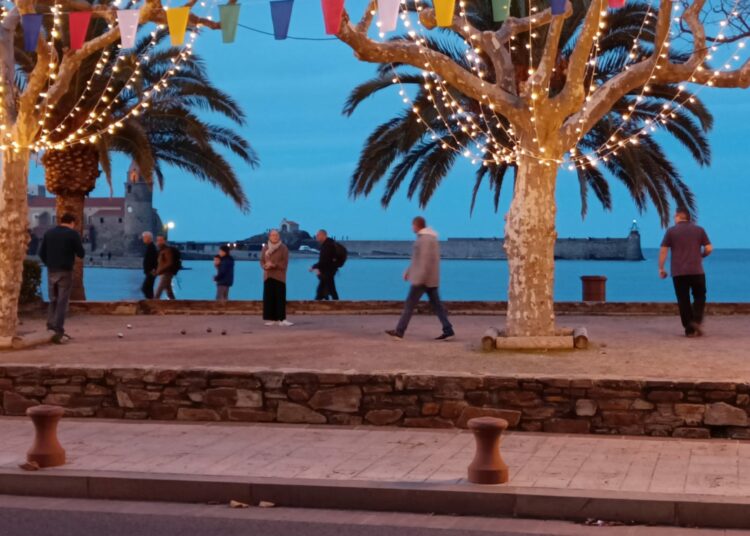 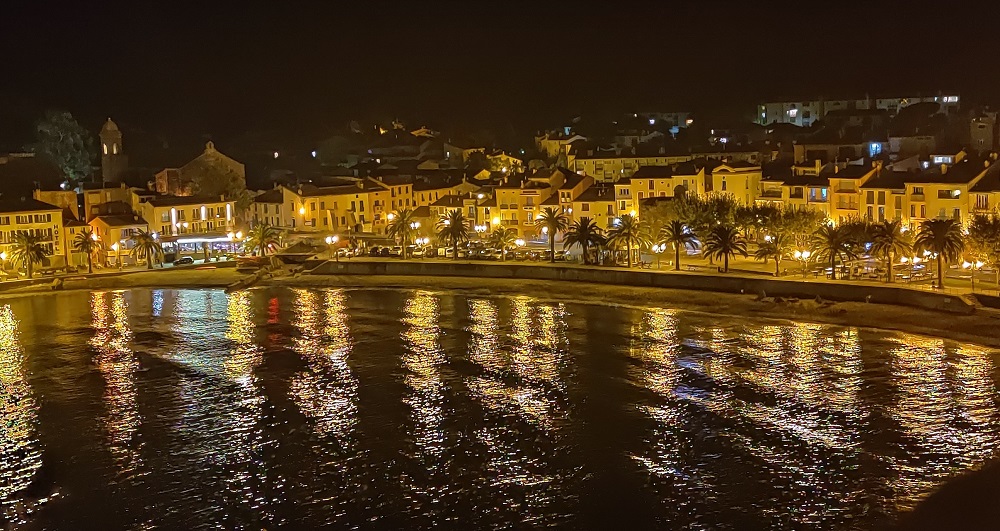 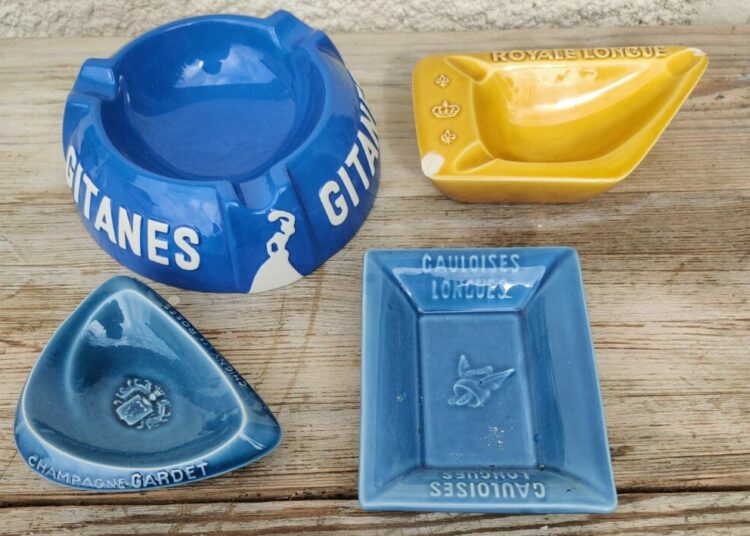 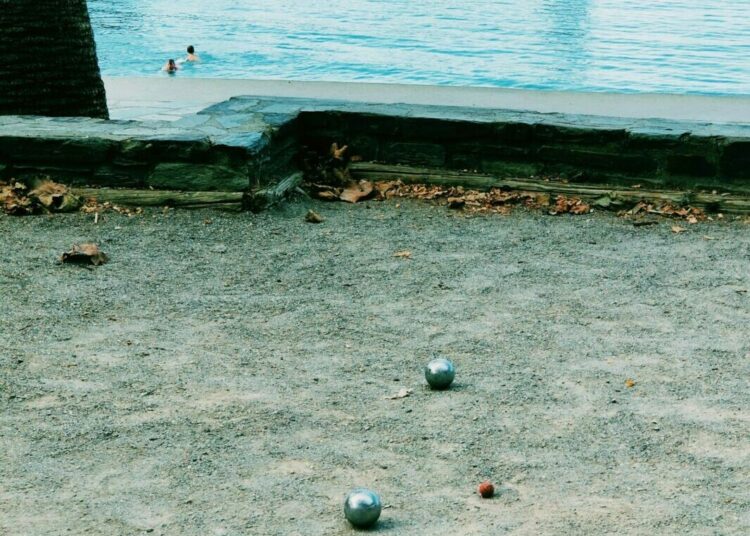 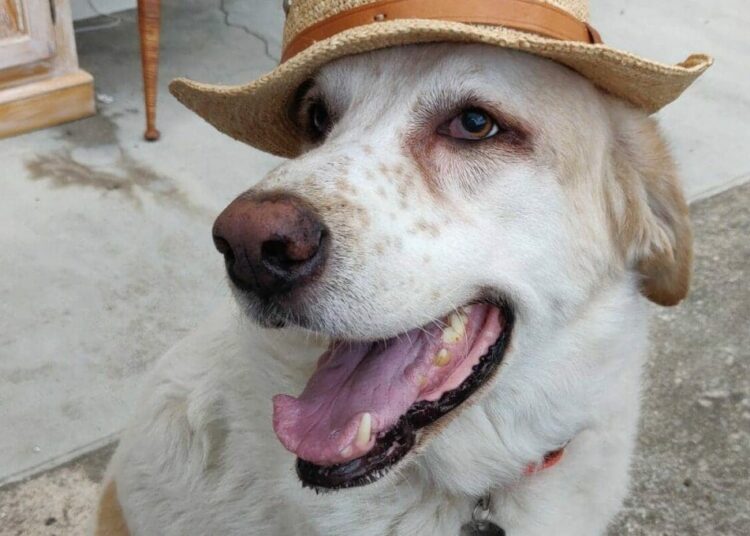 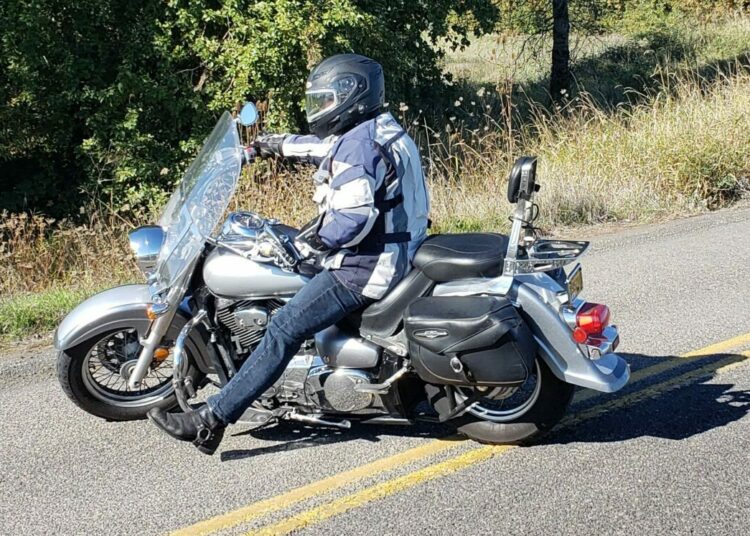 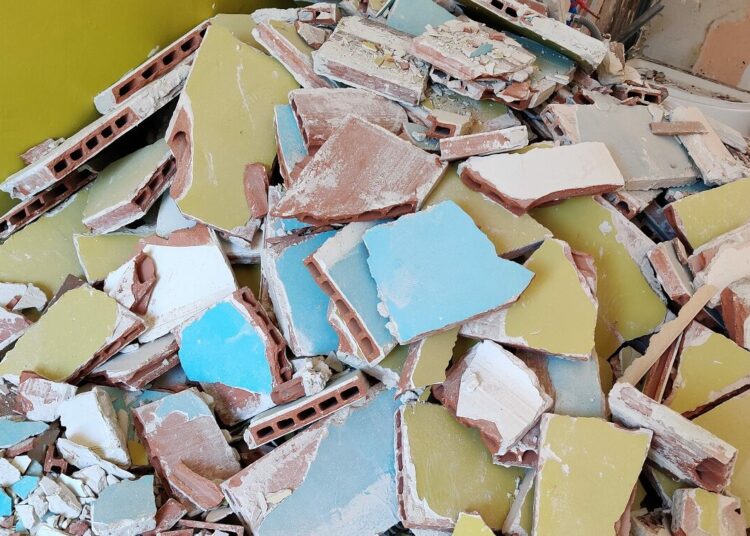 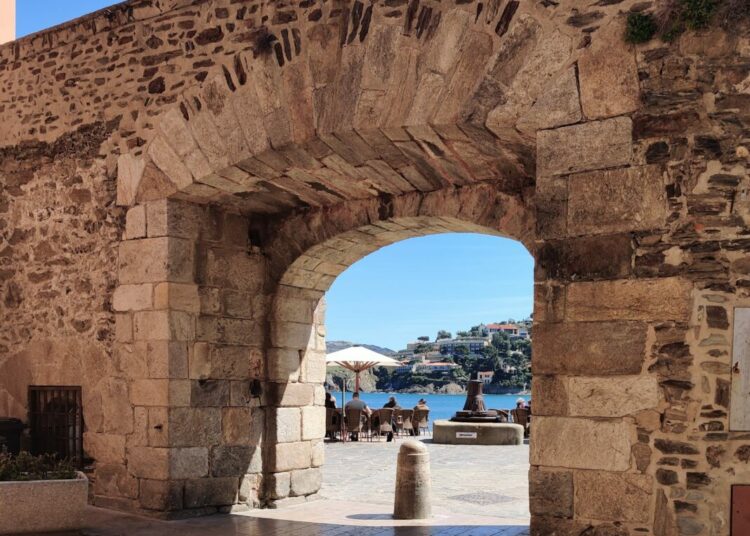 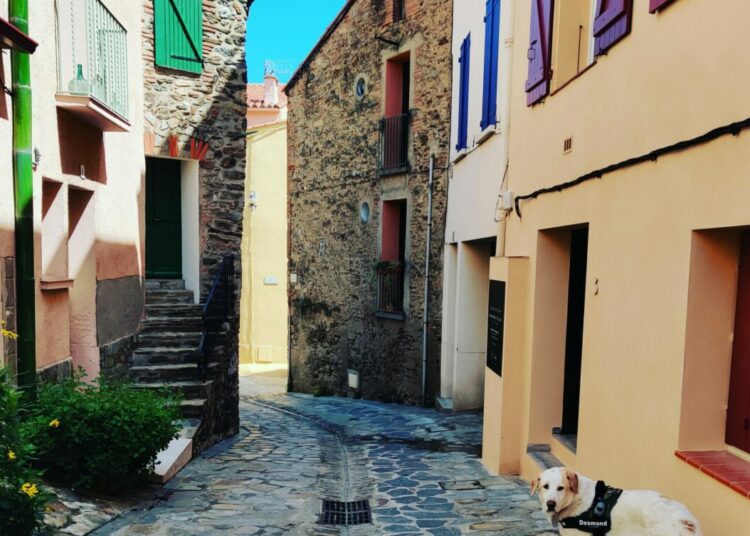 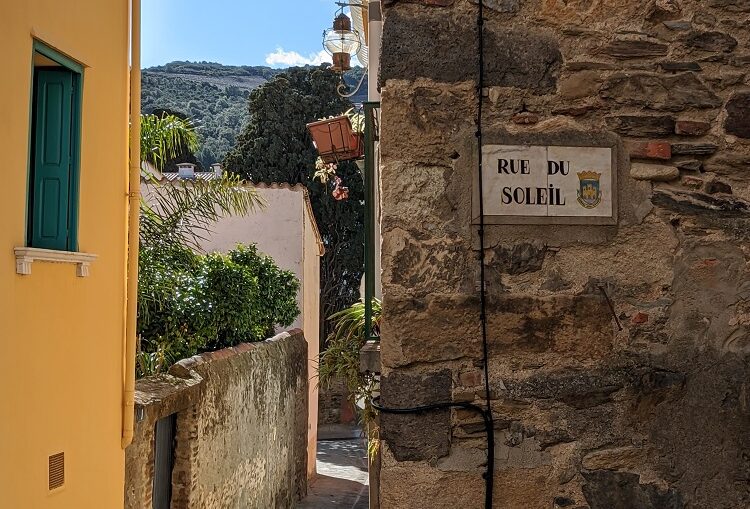