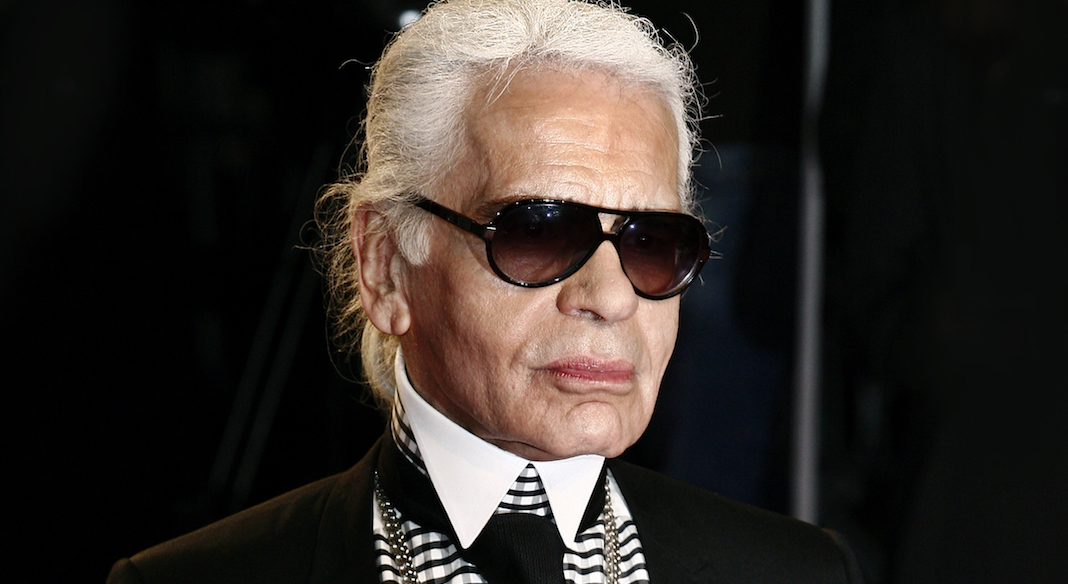 Karl Lagerfeld, the German fashion designer who has been the creative director at Chanel since 1983, died on Tuesday, February 19, in Paris. He was 85 years old.

“With the passing of Karl Lagerfeld we have lost a creative genius who helped to make Paris the fashion capital of the world and Fendi one of the most innovative Italian houses,” said Bernard Arnault, the CEO of the luxury fashion conglomerate LVMH, in a statement. “We owe him a great deal: his taste and talent were the most exceptional I have ever known.” His death was first announced on Tuesday by Chanel.

Lagerfeld was an icon not only in the industry, but around the world. His signature look, all-black with leather gloves, sunglasses, and his hair in a ponytail, made him recognizable by all. The visual presentation contributed to his reputation for being exactly what we believe a world-famous designer should be like: distinctive, commanding, capricious, intellectual, and absolutely ahead of the curve. His outspoken personality only furthered this image. He boldly shared opinions on everything from sweatpants (“a sign of defeat”) to selfies (“what I hate most in life is selfies”). Such an icon in his own right, a $200 Karl Barbie doll, created in collaboration with Mattel, sold out in less than an hour in 2014.

He lived with his Birman cat, Choupette, who herself was well known.

Karl Lagerfeld was born Karl-Otto Lagerfeldt in Germany, and raised near Hamburg, on September 10, 1933, according to most recent biographies and his relatives. However, for many years Lagerfeld has claimed he was born in 1935 or 1938. As recently as 2013 he told Paris Match that he was born in 1935. After winning the coat category of a design competition in Paris in 1954, he began to work his way through the fashion world, doing stints in the ateliers of Balmain, Patou, Krizia, Ballantyne, Charles Jourdan and Chloé before joining Fendi in 1965 and then Chanel in 1983.

When he took over Chanel, the brand had been floundering. Coco Chanel had died a decade earlier and the brand was relying on perfume cosmetics to stay afloat. Lagerfeld revived the brand, bringing it into its position as a behemoth in the fashion world. In 2017, Chanel’s sales were up 11 percent, driving operating profit of $2.69 billion.

Lagerfeld’s rule-breaking tendencies contributed to his success at Chanel and the rest of his ventures. He staged elaborate, ambitious, and no doubt budget-breaking shows in the Grand Palais for Chanel during Paris Fashion Week. At Fendi, he took furs, a previously sacred, untouched item, and shaved them, dyed them, and tufted them. At Chanel he used the classic pearls and bouclés as his playthings, warping them out of their original dowdy states and into something innovative and trendy. He held lifetime (yes, lifetime) contracts with Fendi and Chanel that allowed him free agency to still do whatever he wanted on the side. He collaborated with non-haute couture labels (like fashion fashion company H&M in 2004, Vans, and Coca Cola Light) in a move his peers viewed with deep skepticism: such an elite industry should not make itself available to the masses. And yet Lagerfeld’s career never suffered from the collaborations. More likely, they contributed Lagerfeld becoming more prolific outside of the haute couture fashion industry.

Unlike many of his octogenarian peers in the fashion world, Lagerfeld did not choose to retire to St. Tropez and spend his days lounging on a yacht. He was making an average of 14 collections a year, and he never complained of the workload. “Please don’t say I work hard,” he told The Independent. “Nobody is forced to do this job, and if they don’t like it they should do another one. People buy dresses to be happy, not to hear about somebody who suffered over a piece of taffeta.” The only sign of Lagerfeld’s slowing was his occasional absence during runway show bows. (In January, he was missed bows at Chanel’s Paris Fashion Week show.)

Lagerfeld will be succeeded in his position as Chanel’s creative director by Virginie Viard, director of Chanel’s design studio and one of Lagerfeld’s closest collaborators for more than 30 years.

Vogue’s editor-in-chief Anna Wintour said of Lagerfeld’s death, “Today the world lost a giant among men. Karl was so much more than our greatest and most prolific designer – his creative genius was breathtaking and to be his friend was an exceptional gift. Karl was brilliant, he was wicked, he was funny, he was generous beyond measure, and he was deeply kind. I will miss him so very much.”