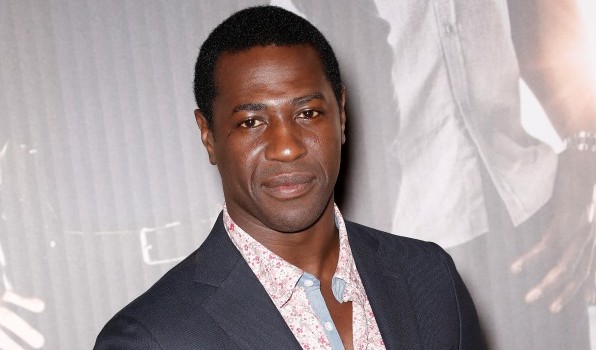 Jacky Ido: Discovered by Tarantino, Given a Name by Besson

“We caused a sensation in the streets of New York,” Jacky Ido says, grinning while remembering the filming of Taxi Brooklyn. The French actor plays one of the principal roles in this series loosely inspired by Luc Besson’s film Taxi. Centering on a cab driver named Leo Romba, the series will premiere on NBC on June 25th. Several scenes in the series were filmed with a “top driver”—a driver controlling the car from seat on top of the roof—allowing the actors to concentrate on their roles. “It’s the first time I had ever seen that!” says Ido.

It’s also the first time that Jacky Ido plays a principal role in a TV series broadcasted on a major American network. Produced by Luc Besson’s EuropaCorp and broadcasted in France on TF1, Taxi Brooklyn marks a new stage in this star’s rise. Originally from Burkina Faso but now living in Paris, Ido is mostly known in the United States for his role in Quentin Tarantino’s film, Inglourious Basterds. In it, Ido plays a projectionist who sets fire to a movie theater full of Nazis. “Television is the place where you can explore complex characters and demonstrate your range of abilities as an actor,” explains Ido.

In Taxi Brooklyn, Leo Romba is an endearing chauffeur from Marseille who agrees to work with the rebellious detective Cat Sullivan, played by Chyler Leigh from Grey’s Anatomy. The two make a pact: Romba will be her chauffeur is she turns a blind eye to his status as an illegal immigrant in the United States. “Certain film projects are almost therapeutic,” Ido says, “At the time I was filming Taxi Brooklyn, I came to live a separate life. I identified with Leo Romba, a character who embraces his second chance in life.”

Producer of the series Luc Besson handpicked Ido after being introduced by a friend in Cannes. “At the time, I didn’t know he was making an adaptation of Taxi,” Ido confides. “It was a cash deal: he told me I was going to have to convince him. When we met, we got along really well. We just kept talking and talking. He wants the best for me and my career.”

Everything worked out. Jacky Ido was looking for an excuse to return to New York, where he had just finished filming—“I was hungry for New York.” The twelve episodes of the first season were filmed in Brooklyn, Queens, and on Roosevelt Island (for the scenes supposed to be on Rikers Island). Taxi Brooklyn is the first foreign series to have received credit for shooting in the state of New York (around 5 million dollars, a producer confides to the New York Times in October).

Jacky Ido had to take a precision driving course in order to play the role. He worked on his English with French actor Jean Dujardin’s coach, Tanya Blumstein. “It was hard. We were filming 14 hours a day. But we laughed all the time. We worked, acted crazy together, and improvised. The genius of the French director was to introduce freedom and lightness into this great machine of American filming.”

In France the series attracted between 4 and 5 million viewers. A “very decent” number for Jacky Ido, even some of the press judged it “disappointing.” Ido says, “We conquered an audience that at its core is not a TF1 audience, an audience that downloads more and more television shows. It’s a guarantee of the series’ quality” Ido concludes.

He hopes that his role will allow him to land more roles in the United States. Big or small roles—he’s open to all. “If the proposal is interesting, I’ll do it.” And if he can return to New York, even better. “This is the city where I can find myself at an intersection between my France, my Africa, and my Anglo-Saxon culture. “