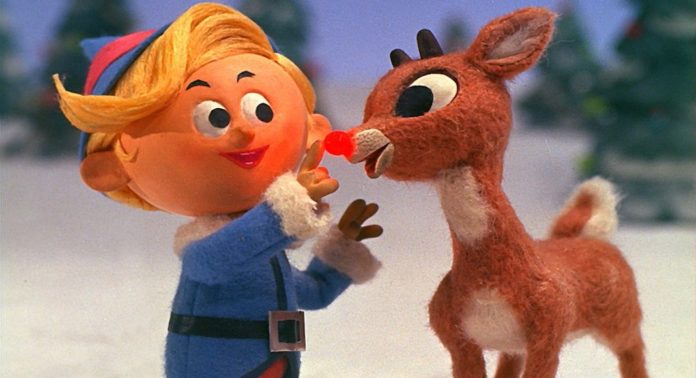 Everyone knows that Christmas carols and other holiday hymns are the best part of the holiday season. Songs in other languages are surprisingly popular in the US; “Feliz Navidad” is sung in Spanish, and many older carols like “Angels We Have Heard On High” feature lyrics in ancient Latin. However, we feel like French carols don’t get enough attention in the states. To fix this problem, here are 9 French holiday songs to sing this winter.

This song is the French equivalent of the English “O Christmas Tree.”

This French classic has no English equivalent, but the original French is very popular within the country of origin.

This song is originally French, but was translated into English with the name “O Holy Night.”

Everyone’s favorite red-nosed reindeer is just as popular in France as he is in the US.

Set to the tune of “Jingle Bells,” this French classic may share the same notes as the American holiday songs, but the lyrics are completely different.

Originally written in 1816, “Silent Night” is thought to be one of the most beautiful Christmas carols of all time.

Another French carol with no English equivalent, this song is written from the perspective of a child, wishing for toys on Christmas morning.

This carol was originally published in the Provence region of France in 1553, and only translated into English in the 1700s.

Thought written originally in English, the French have translated “Little Drummer Boy” into their mother tongue, and it’s equally enjoyable.

14 Romantic Places in Paris That Are Perfect for Couples