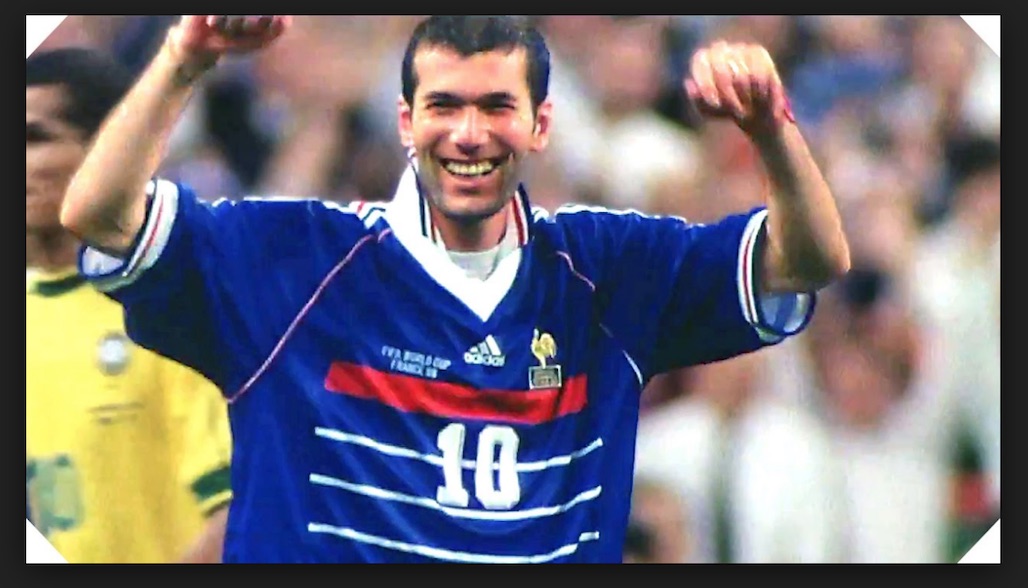 5 Soccer Documentaries and Films to Watch on Netflix

So, you haven’t gotten enough soccer in your life and still want more? Lucky for you, Netflix offers a selection of films and documentaries about soccer to get you through the post-World Cup blues without Les Bleus.

Because soccer is more than just a sport, this film attempts to decode the socio-political climate of Les Bleus over 20 years. It also shows how the heroes of 1998, the multicultural team nicknamed, Black-Blanc-Beur (black, white, Arab) encouraged the rise of the Front National shortly afterwards, as well as the infamous Knysna bus incident that took place in South Africa in 2010. If the history is recounted with a bit of a broad brushstroke at times, the interviews are quality, notably those of former 1998 players like Lilian Thuram and Youri Djorkaeff. For all those nostalgic for 1998 and those too young to remember, this one’s a must-see. – Watch it here

Karim Benzema, a player banned from the national French team, is loved in Spain but shamed in France. Canal+ produced this hit documentary that tells the story of a player who isn’t usually very forthcoming about his life. The film depicts the extraordinary trajectory of the kid who became a star of Real Madrid. But the documentary also has a hidden agenda: to allow the disgraced player to plead his cause and return to the French team. However, this wasn’t much help, as Didier Deschamps decided to do without him this season in Russia. – Watch it here

Whether he fascinates or annoys you, you can’t help but admire the determination of the Swedish striker as you watch “Becoming Zlatan.” Far from being a hagiography, the documentary successfully draws a portrait of an extraordinary player without hiding the arrogance and superficiality characteristic of this teenager living in Malmö. – Watch it here

This 10-episode documentary series reviews some of the greatest players in the English Premiere League. We meet two Frenchmen, David Ginola and Thierry Henry and a host of stars, from Juninho to Ruud van Nistelrooy to Andy Cole. It definitely lacks in some areas, but it allows fans of English soccer to relive the passion that thrills the stadiums every weekend. – Watch it here

Serving as proof that soccer can also be an American passion, “Sons of Ben” does justice to soccer fans on this side of the Atlantic. The documentary tells the story of a small group of Philadelphia supporters and their efforts to bring a professional MLS (Major League Soccer) team to their city. – Watch it here