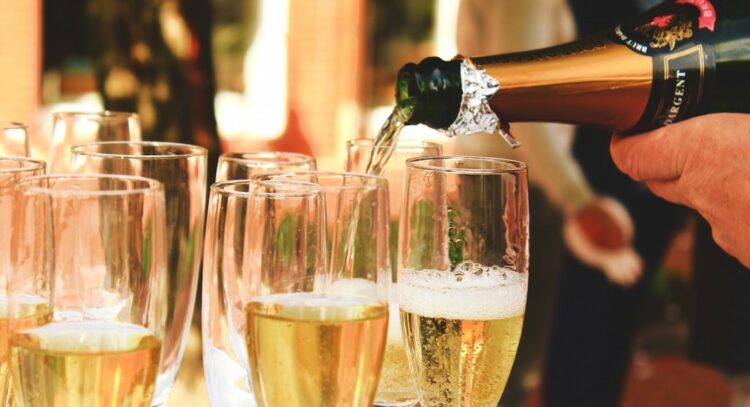 If you were a non-drinker going out in the blissfully ignorant early months of 2020, your beverage options were probably limited. The lack of suitable replacements for alcohol is so infamous that Diet Coke is the punchline of an entire sub-section of recovery memes, and even John Mulaney has a bit about the panicked reactions he gets from party hosts when they realize that he doesn’t drink.

A scant two years later, things look a lot different. Seedlip is a household name, most craft beer halls have at least one low-ABV option on tap, and the sober curious now have the dubious privilege of paying $13 a pop for a mocktail at one of NYC’s new dry bars (no, not the kind you get your hair done at).

But there’s one segment of the non-alcoholic beverage industry that has been slow to keep up, for a variety of reasons: the non-alcoholic wine industry. It’s a niche with a bad rap and a lot of promise, spearheaded by the folks over at Pierre Zéro, a classic French vineyard that adheres to all the traditions of the trade except one. Pierre Zéro, the zero-ABV brand of Pierre Chavin Estates, was founded eleven years ago by Mathilde Boulachin, the child of vignerons, and a Champagne native with wine running through her veins.

After working in international business with a background in marketing and communications, Boulachin found herself naturally gravitating towards the wine industry. She went back to school, studying the wine business in Dijon, and decided that she was going to do what it took to set herself and her wine apart in the industry.

Boulachin discovered that international differences in the way wine is consumed (or not consumed) left a lot of room for innovation. Pregnant women, breastfeeding women, athletes, the health-conscious, people who don’t like wine, and people from cultures where wine drinking is less common, were all scrambling for an alternative to drinking that didn’t make them feel like the odd man out.

“I thought, they must have somebody who has thought about doing an alcohol-free wine, and at that time, there were not many people around the globe proposing this option. So we did it,” she says. Pierre Zéro was launched in Scandinavia, and has since spread to 60 countries around the world.

Getting over the stigma

“Little by little, it was not a niche anymore. It has become a very strong industry. Of course, when we started, we were an early bird, and not many people were aware that it existed.” Boulachin explains that the company had difficulty finding distributors for their product, because restaurants and bottle shops didn’t see a market for it. But about five years ago, awareness picked up, and sales followed within the last three years. “It’s a product that came from a fantastic story, because it came from the consumers themselves,” Boulachin says. “It’s not a marketing of product, it’s a marketing of demand. And this is a very neat situation, because it’s rare that you see development thanks to the consumer who says, ‘I want this.’ Normally you just invest millions of dollars on a marketing campaign, and that’s how it works. And this has not been the case.” Fifty percent of Pierre Chavin’s turnover is now made on alcohol-free products, and they have seen three-point growth in the last year. “We are the French market leader with premium alcohol-free wine solutions,” Boulachin says, going on to say that, “If you can make it in France, you can make it pretty much anywhere in the world.”

It was only when consumers began buying alcohol-free wines and actively expressing a need for them that Pierre Zéro was able to build their first successful partnerships, targeting high-end restaurants, hotels, supermarkets, and wine shops, as well as direct-to-consumer websites for AF products, which she notes have been extremely popular in the US. “If you look at Pierre Zéro, we are in Michelin-star restaurants. Why? Simply because you want to enjoy a nice dinner, you want to enjoy a nice moment, but maybe if you don’t drink you want something else other than a Diet Coke. And you want a sophisticated option,” Boulachin says. “If it’s on the wine list, [people] will pick it.”

The idea of sharing an experience, a social ritual, is one that Pierre Zéro has latched onto. “If you drink a soda, you’re stigmatized, because you don’t have the same glass,” Boulachin explains. “Here, we all have the same glass. If I toast with an alcohol-free sparkling, it actually looks like a champagne. It’s more than a drink, it’s an experience, it’s something that socializes everybody. Also, if you think about religious consideration, it harmonizes everybody. Same glass, same social habits, but with a lot of open-mindedness. So I would say it’s a very positive message and drink because it’s the drink of sociability for everybody.”

But how does it taste?

Making a high-quality non-alcoholic wine that creates the same effect as the original is easier said than done. “When you test a wine, you have three parameters: sugar, alcohol, and acidity,” Boulachin explains. “If you remove one part (that is, alcohol), you lose the way you are used to it. So we knew that it would not be possible in any way to reproduce the wine test. We didn’t want to be in competition with the wine, we wanted to be an alternative.”

Instead of making an AF wine from scratch, the company first produces a “normal” wine, and then runs it through a dealcoholization process. In order to preserve as many of the primary aromas as possible, they wait to catch grapes at a higher level of maturity before processing. Pierre Zéro uses the Spinning Cone Column technique for dealcoholization, which was originally developed in California to reduce full-ABV wines, which tended to naturally come out with higher alcohol percentages due to the warm climate. Because wines above 16% are taxed at a higher rate, it’s important for growers to keep their products below the standard threshold.

A change in opinion

By now, it’s well-known that lockdowns imposed as a result of COVID-19 drove many to drink. Excessive drinking increased by an estimated 21% in the United States, and alcohol-related deaths rose by 25% in 2020 from the year before. Many have since been forced to reevaluate their relationship with alcohol, prompting rising awareness of beverage substitutes.

Social shifts towards physical and mental health have also caused new discussions around drinking. “We’re talking about ‘well-being,’ we’re talking about ‘wellness,’” Bouchain points out. She explains that people are asking more questions about their products—how they’re made, what goes into them—and weighing the pros and cons before purchasing. “They have realized that maybe they’re going to consume less, but better. And suddenly we have the premiumization of the product.”

Corporate and social responsibility are also driving the zeitgeist. Long gone are the Mad Men days of 10AM celebratory scotches at the office. “Myself, when I do company cocktails with my people, I’m always concerned if something happened on the road,” Boulachin says. “I’m responsible as the business owner. And it’s the same for every business owner.”

Despite increasing awareness, alcohol-free wines still suffer from negative associations… or no associations at all. “The beer business has done a great job, and the alcohol-free spirits business has done a really great job, and the wine industry is a little bit behind… In many cases, people don’t know it exists,” says Boulachin. This poses a challenge in terms of placement, due to high production costs and smaller marketing budgets than the average wine or liquor company would have. “And you have psychological prices for consumers,” Boulachin says. “They look at the wine standards. So they will never buy an alcohol-free product at too high a price. They know what the wine prices are, and they have already priced brackets and psychological barriers above which they will not buy.”

There is also a small, but dedicated competition emerging from other AF wine brands, but Boulachin isn’t afraid of competition. “If you’re alone, that’s good. But if you create the category, it actually can make everybody win.”

France is also far behind other countries in creating options for the sober curious. While other major cities like New York, London, and Berlin have “sober bars” and dry bottle shops springing up all over town, Paris hasn’t made the same strides. Boulachin connects this to France’s long-standing viticultural traditions, which make the French reluctant to dip a toe into alternative options. “France has not been the first country to adopt alcohol-free wines,” she says. “I think that they will be into it, but maybe it’s going to take a little bit of time.”