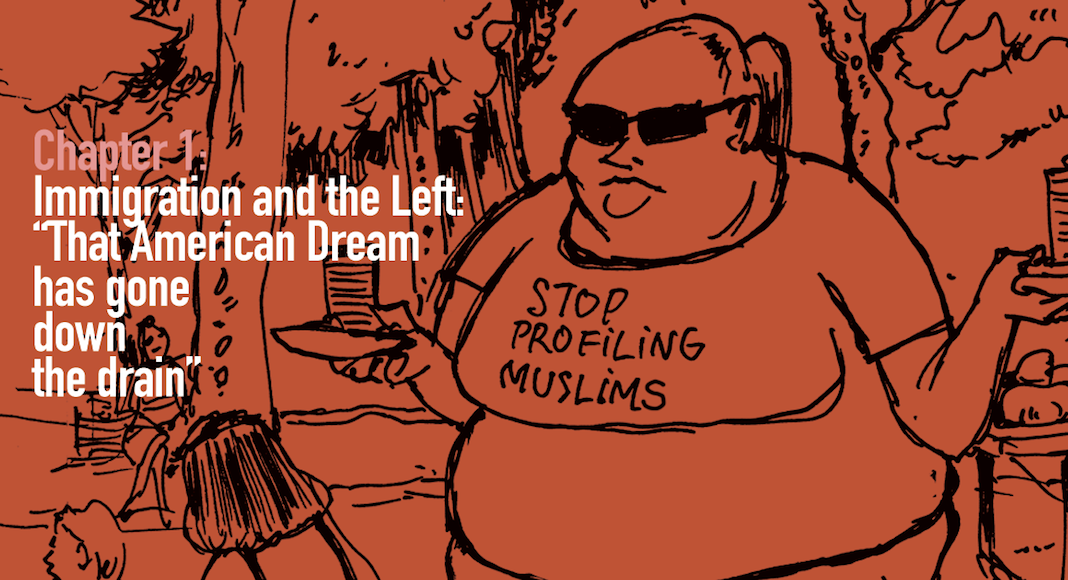 In France, the controversial satirical magazine Charlie Hebdo is debated for pushing the limits of free speech. This October, Charlie Hebdo penned its first in-English, for-Americans work profiling the left and its resistance to Donald Trump. It would be naive to think that this would spark debates of free speech and the actions of the left in the puritanical United States; many Americans and politicians argue that it’s too soon to politicize hurricanes and shootings even weeks after the fact, so why would we enjoy biting satire? And yet, Charlie has published a four-chapter English report, “Feeling the Burn: The Left Under Trump“

“We wanted to do something special about Trump’s America,” explains Jacob Hamburger, the author of the four chapters. He worked alongside Laurent Sourisseau (“Riss”), who illustrated the work. “With Donald Trump in power,” Hamburger continues, “the principles of equal opportunity, as well as gender, social, and racial struggles, were all brought down. We decided to profile the reaction of the American left.”

For two months this summer, Hamburger, an American from Chicago, and Sourisseau, the editor of Charlie Hebdo, toured the eastern United States. They began in New York, making their way through Washington D.C., Philadelphia, Lancaster, PA, and various small towns on Long Island and in New Jersey.

Charlie Hebdo has frequently been at the center of controversy, both in France and the United States. The company proudly displays the history of lawsuits against them on their site. Most significantly, in retaliation for depicting the prophet Muhammad, 12 employees were killed and 11 injured in an attack on their offices in January 2015. Stateside, Charlie Hebdo came under fire from the White House in 2012 after releasing cartoons of Muhammed and, more recently, after depicting the victims of Hurricane Harvey as neo-Nazis. Charlie’s project on Trump’s America, however, takes a sober tone. Americans familiar with the newspaper were initially “surprised by this ‘light’ version,” Hamburger explains. “But it also allowed us to be ready for the Trump constituents who reacted, who were furious; and so we did our job: we sparked debate!”

The chapters depict America as the subject of a documentary rather than as a shocking caricature. They include portraits, interviews, and conversations with voters to understand why and how Donald Trump won the 2016 presidential election. “The aim wasn’t to make fun,” Hamburger says. “It’s more like a travel story. Of course, there’s always a Charlie Hebdo tone with jokes and drawings, but this isn’t like the more controversial papers.”

These portraits of workers, union bosses, black activists, and immigrants are emotion-filled; their stories couldn’t be more timely. Charlie Hebdo’s “on the road” reporting and lighter satire manages to cast a strong spotlight on the political left’s experiences. By all counts, this American reporting experiment paid off.