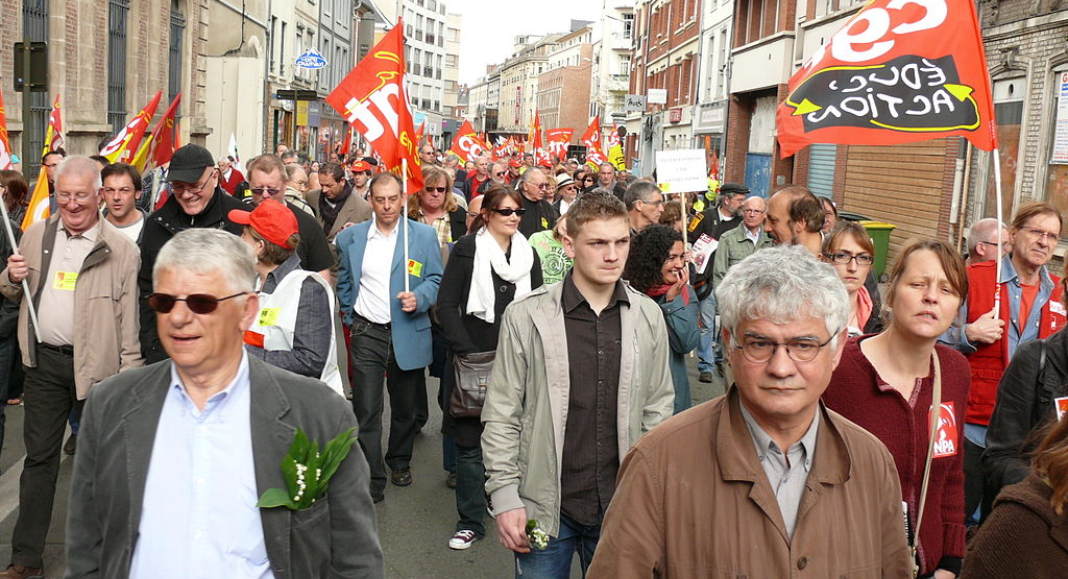 “Paris est une fête,” as Hemingway once wrote, and on May 1 each year this is especially true. In fact, across the country, the first of May is marked by celebrations of labor rights and solidarity known as International Workers’ Day.

Called the “fête du travail,” International Workers’ Day has been a paid day off in France since 1941. Today, it’s celebrated with organized labor rallies and the giving of lilies, in honor of a entirely separate springtime tradition known as the Fête du Muguet. Its roots, however, trace back much further than the mid 20th century — and to a different continent altogether.

Although it’s no longer celebrated there, International Workers’ Day was inspired by labor movements in the United States in the late 19th century. The celebration was initially born out of violence. In 1886, an estimated 400,000 workers led a nationwide strike to call for an eight-hour work day. In Chicago, violent exchanges between police and protesters escalated over the course of several days. On May 4, in what would become known as the Haymarket Affair, a bomb exploded, injuring dozens of policemen, who in turn began firing indiscriminately into the crowd of protesters, injuring hundreds more.

Their fight for a better working conditions, however, didn’t end there. In 1891, just one year after the creation of International Workers’ Day, nine workers were killed and dozens injured at the Massacre of Fourmies, a town in northern France. French workers would continue to call for an eight hour work day until 1919, when it was finally ratified by the Senate.

French workers have continued to celebrate the first of May each year with nationwide rallies. Last year, more than 140,000 people took to the streets across France, according to the Interior Ministry. In Paris, some protests turned violent due to the presence of “Black Bloc” demonstrators; in total, more than 280 people were arrested.

This year, the celebration is imbued with an even greater significance, as the Gilets Jaunes (Yellow Vest) movement, now in its 24th consecutive week of protests, continues to divide the country and as President Macron attempts to implement structural changes to France’s labor system, including, potentially, through extending working hours. In addition to calling for more working hours, Macron announced lower taxes and the maintenance of the retirement age at 62, but has refused to reinstate a wealth tax called the ISF — one of the key demands of the gilets jaunes movement.

The atmosphere in Paris, and across the country, is tense for another reason. Today’s protests also mark the one year anniversary of the Benalla incident — during which Macron’s personal bodyguard was filmed beating a couple at the Place de la Contrescarpe — that has roiled Macron’s presidency since it was made public last July. According to Le Parisien, some protesters are planning to show up to the rally wearing Benalla masks, in response to what they see as “justice that still hasn’t been served.”

Whether today’s protests devolve into violence could have serious ramifications for the rest of Macron’s mandate. Some activists have gone as far as to compare the significance of today’s rally to the anti-government student protests that rocked the Paris in 1968. On one side of history sits the lily; on the other, perhaps, a ticking time bomb.