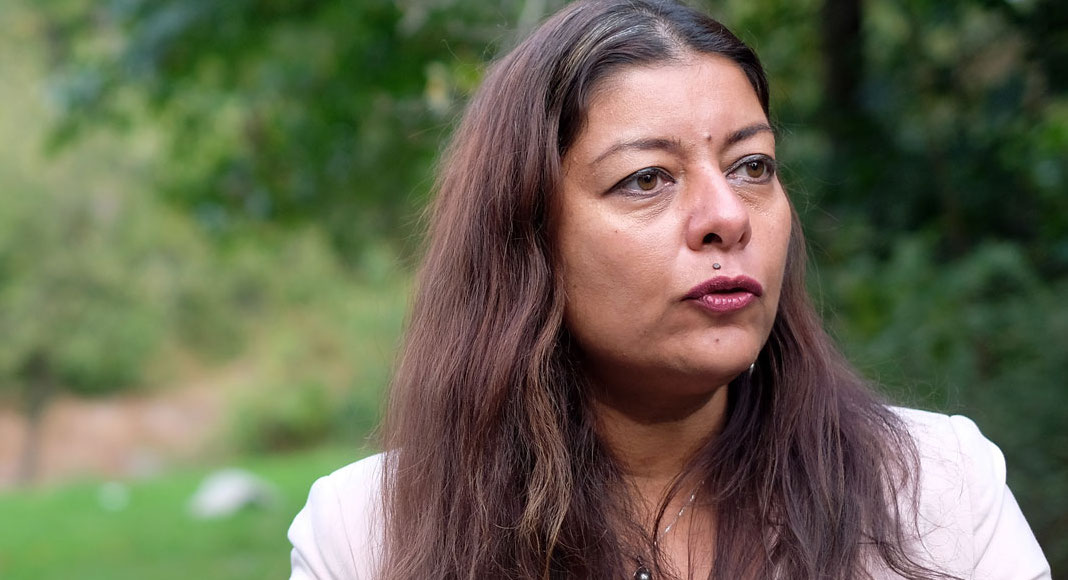 Three months after her tweet that launched the hashtag #BalanceTonPorc (rat out your pig, re: expose your harasser), Sandra Muller has been hit by a defamation lawsuit from Eric Brion, the man she specifically accused of degrading remarks in her tweets.

On her Facebook page, the French journalist, who runs La Lettre de l’Audiovisuel from New York, announced the news herself: “Eric Brion, whom I name as the speaker of the degrading remarks I was the subject of (…) has now changed strategy and decided, against all decency, to take me to court.” The journalist has set up a crowdfunding page on Go Fund Me to raise funds for the cost of her defense.

Muller’s lawyer in Paris, Alexis Guedj, told Agence France-Presse (AFP) that the summons had been issued three days before the three-month deadline for defamation suits expired.

Eric Brion is a consultant and former general manager of the Equidia TV channel. In her October tweets, Muller accused him of saying to her, “You have big boobs. You’re my type of woman. I’ll make you come all night long.”

In a column published by Le Monde on December 31st, Brion admitted that he had “indeed made inappropriate remarks towards Sandra Muller, during a cocktail party with a lot of alcohol very late in the evening.” He apologized to the journalist, but asked for recognition of nuance in sexual harassment.

Brion refuted the comparison of his behavior with the charges of rape and sexual assault against U. S. film producer Harvey Weinstein, whose behavior sparked the firestorm of #BalanceTonPorc and subsequently #MeToo. Brion also pointed out that he had never worked with Muller and had never been her superior, adding, “I would have greatly preferred a different ‘balance,‘ that of justice, to rule in this case rather than a social media tribunal.”

With her October 13 tweet, Muller unintentionally launched a movement, and messages of announcing sexual assaults or threats spread through social networks. Other hashtags then appeared on the web: two days later, #metoo, and then #moiaussi. The tweets, posts, and messages told of the “daily aggressions” that women are subjected to, like wandering hands, rubbing in the subway, and salacious comments in the street (and that’s just the tip of the iceberg).

In December, Muller and many other women (and a few men) made headlines in the Time magazine December issue, which recognized “Silence Breakers” as the 2017 Person of the Year. For the honor, Muller told French Morning that she was “very touched,” saying that “this is a movement of peace, not a battle of the sexes.”