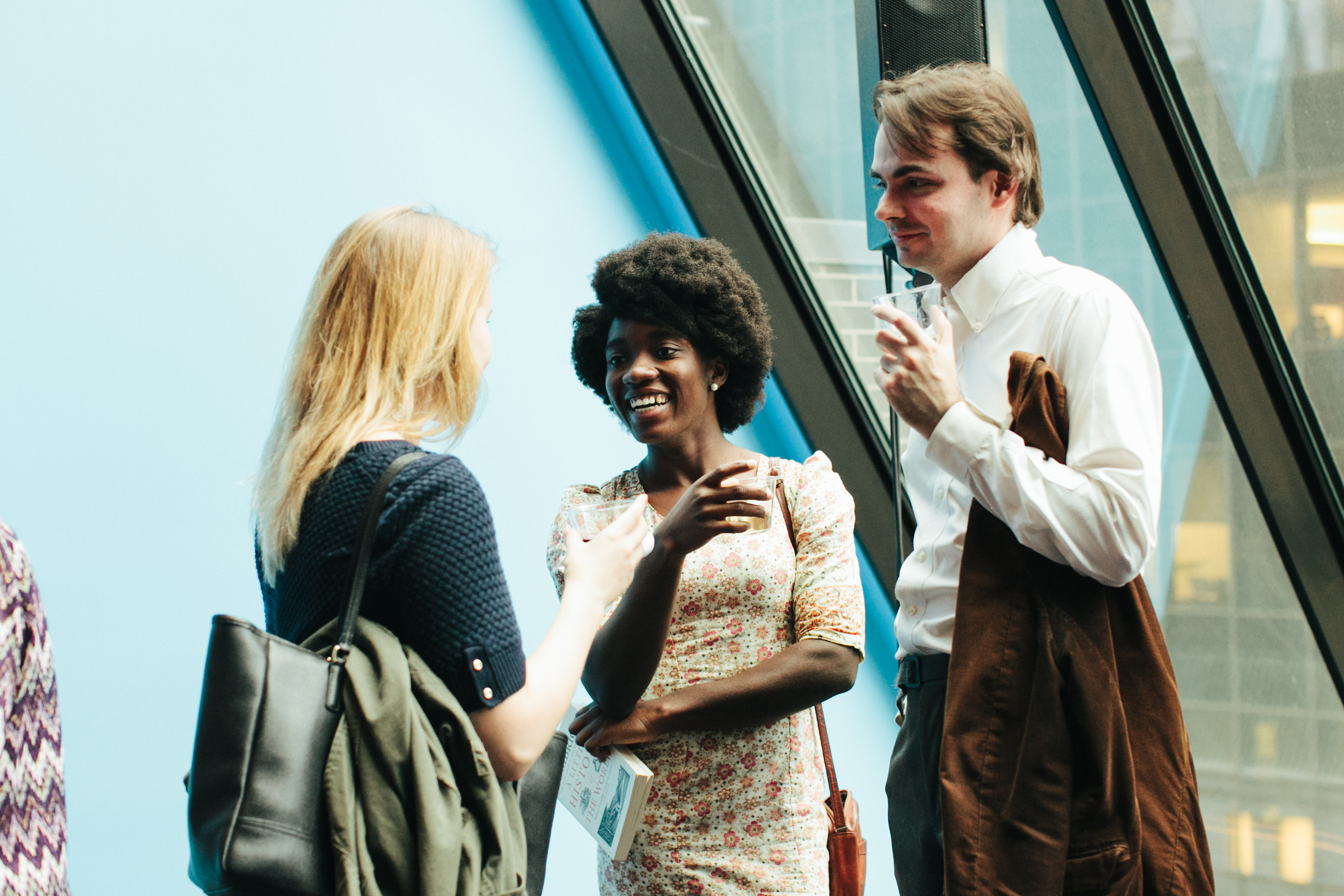 After a long summer of rosé, sunshine, and Netflix marathons, your French might be a bit mauvais.

Or maybe your French isn’t mauvais because you don’t know any (besides of course what you’ve learned from reading French Morning.) Or maybe your French is so good that you can’t practice with any of your friends because they aren’t as good as you. Regardless of your relationship to French, the French, French culture, or France, FIAF welcomes you with open arms to First Tuesday.

“When you’re interested in French, FIAF is definitely the place to be,” says Céline Mazières, VP of Membership. “Every first Tuesday of the month we have a special get together called First Tuesday for our members and students on the top floor of the FIAF in a beautiful reception area, with a glass of wine, some friendly French conversation, and a movie.” First Tuesday is a combination of two of FIAF’s programs, Rendez-Vous and CinéSalon.

Rendez-Vous, the hours of the evening for chatting in French and sipping fine wine. Attendees are a mix of FIAF’s own language students, members, and non-members. In common, everyone speaks (or is learning to speak) French. “At Rendez-Vous, you can meet people and practice French with them,” explains Mazière, who hopes that no one doesn’t come out of fear of making language mistakes. “It’s very convivial. Rendez-Vous is great for people who say, ‘I used to speak French, and I’d like to speak it more.’”

Every Tuesday through December 13th @ 4:00pm and 7:30pm in Florence Gould Hall. This event is free for members, $7 for students with ID, and $14 for non-members.

Another opportunity to brush up on French presents itself at CinéSalon, an event that includes a French film screening followed by a reception afterward to discuss the film (with wine, of course.) At First Tuesdays, guests often meet and converse at Rendez-Vous before heading to the CinéSalon screening. Unlike Rendez-Vous, attendees don’t have to speak French to watch the film; films are screened in French with English subtitles. “You need to be a Francophile, but not a Francophone,” insists Mazière. “The only thing necessary to attend CinéSalon is an interest in French culture, French language, and the French artistic vision. We are the house of Francophile.”

This Tuesday, September 13th, FIAF is hosting a très fantastique First Tuesday by having an Open House. “We are a famous cultural center, we have social space for parties, a language center, and a library,” explains Mazière, “So for us, the Open House is a friendly way to launch the season and to welcome new people, like a back-to-school event.” The Open House will work like any normal First Tuesday, with a Rendez-Vous followed by CinéSalon. This week’s feature film is Camille Rewinds, a funny Back to the Future type of comedy. And no back-to-school event would be complete without a back-to-school sale: sign up to become a member during the Open House and get 10% off your membership fee and a box of Michel et Augustin cookies. Mazière excitedly listed off the FIAF membership perks. “We show weekly movies, we have the biggest private library in French in all the United States, we have Culture-Tech which is a digital way for all the members to download and access French newspapers, magazines, and more than 500 references, and it’s all available for free with your FIAF membership.” In summary, “We have everything in French and everything French here.”