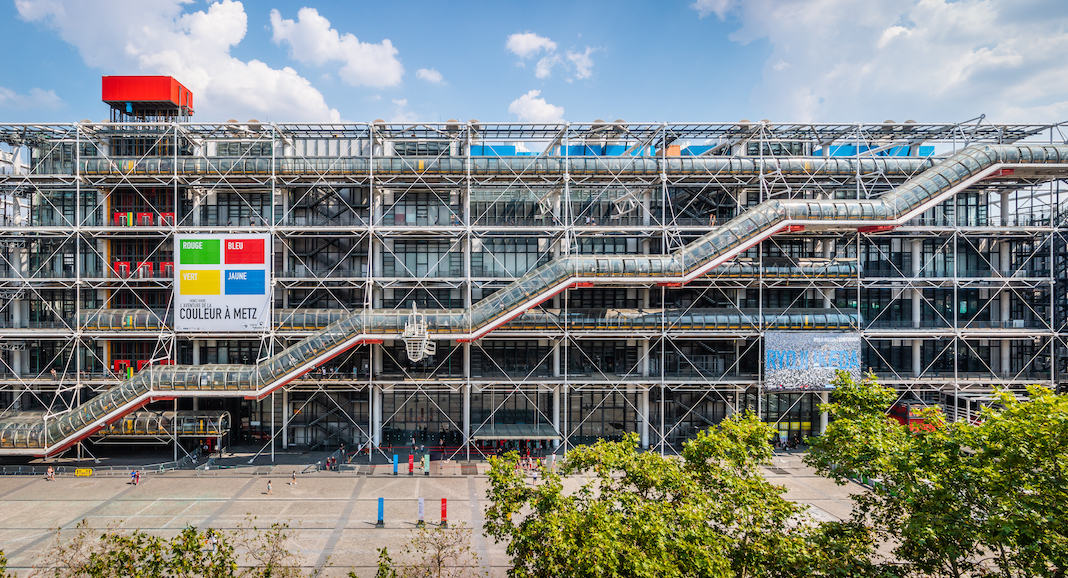 A New Centre Pompidou is being built… in Jersey City

After the Louvre, the Centre Pompidou is likely the most well-known museum in all of Paris. Known for its striking “inside out” architecture (still considered an eyesore by some), the Pompidou’s fantastic collection of Modern Art is one of the Marais’s many attractions.

But soon, those on the other side of the Atlantic will also have the opportunity to see some of its stunning works of art. The Pompidou’s president Serge Lasvignes and the mayor of Jersey City, Steven Fulop, have announced that in 2024, they will open a new offshoot of the Pompidou in Jersey City, NJ, just over the river from lower Manhattan. Centre Pompidou x Jersey City will be the museum’s fourth satellite, following ones in Málaga, Brussels, and Shanghai. The new location will be at 25 Journal Square, also known as the Pathside Building, right in the heart of downtown Jersey City, an important step in the development of the neighborhood where the Mana Contemporary cultural center and the historic Loew’s Jersey Theater are already located. “We are excited to see what this partnership can do for the city, the state of New Jersey and the country!” exclaims the elected official.

The city has been holding the building since its purchase in 2018, determined to use its prime location to build something for the community rather than let it be turned into expensive residential properties. Jersey City has experienced a demographic boom in recent years, with the arrival of young working people and families discouraged by New York’s prohibitive prices. Among them, a good number of French.

“The presence of a creative class makes cities more desirable,” explains Fulop, who was elected in 2013.

Identified as a potential partner during the research phase that followed this purchase, the Centre Pompidou has been eyeing North America for quite a while. “America was a necessary destination for us,” said Serge Lasvignes at a press conference on Friday, June 4.

The Pompidou’s teams were not able to go there because of the pandemic, but the Cultural Services of the French Embassy in New York did the groundwork. “We have seen to what extent Jersey City is a multi-ethnic community, young, dynamic, in deep transformation, with very rapid changes,” continued Lasvignes. “For us, this territory is an ideal field of action that will allow us to experiment with lines of engagement that structure our future: how do we broaden the audience so that contemporary art addresses everyone? To cross visible and invisible barriers (…)?”

The programming of Centre Pompidou x Jersey City has not yet been disclosed, but the future center is presented as “a promising laboratory of multidisciplinary art.” The four-level space will also host local artists. “This is not a landing,” Lasvignes clarified: the museum will not be in charge of operating the space, but will provide its expertise, the artworks and “the artistic proposals.”

The hunt for satellite museums comes at a critical time for the Pompidou as well, as it will close in 2023 for an extensive four-year renovation. This means that, ironically, some New Jerseyans might end up with easier access to the museum’s works than those living in Paris!