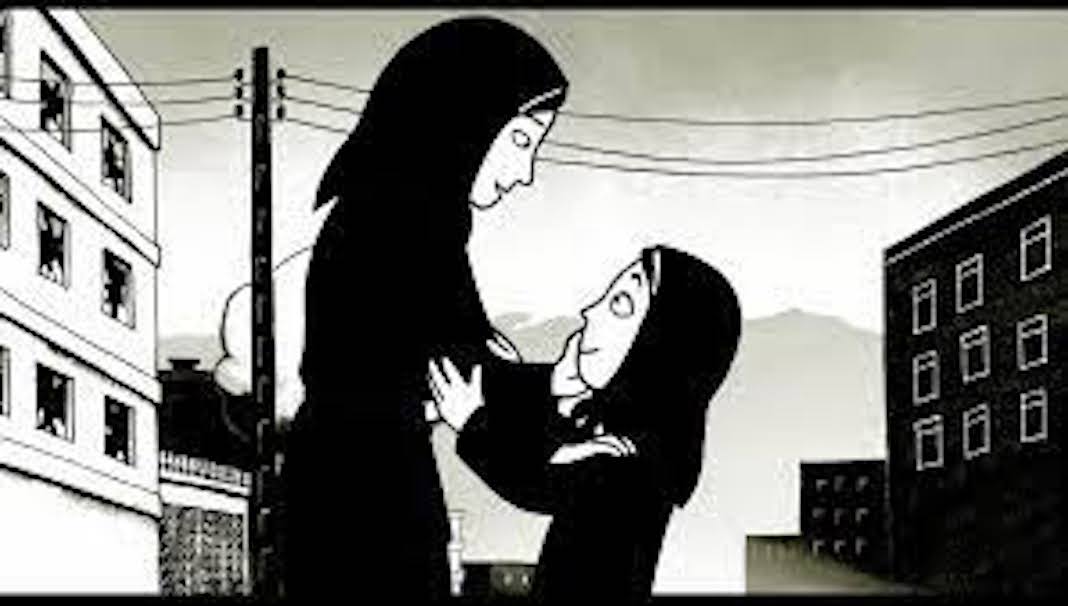 9 Classic Francophone Graphic Novels, from Persepolis to Tintin, Everyone Should Read

From nouveau réalisme to biting satire, gritty noir, and postmodern sci-fi, these are some graphic novels that will stay with you long after the final page.

Bandes dessinées (BD for short) are known as the “ninth art” in France and Belgium. The medium expands way beyond Tintin; comics are read by adults more than teenagers. BD is a vehicle for experimental ideas, nihilism, eroticism, melancholy and the occasional re-imagined universe.

Here are 9 of the best classic Frencophone graphic novels:

The world has accepted Persepolis as a work of literature like no other graphic novel since Art Spiegelman’s Maus. The autobiography of an Iranian young girl who talks to both God and Karl Marx makes us laugh while dealing with torture, death, martyrdom and misogyny.

Iranian French author, Marjane Satrapi, achieved the rare feat for a cartoonist of adapting her own work to cinema – her stream-of-consciousness film was nominated for a 2008 Academy Award. But read the book first. It’s a powerful antidote to the hysteria and escalating paranoia over refugees. Satrapi herself nearly died of hypothermia on the streets of Vienna as a homeless migrant.

The Incal Series by Mœbius and Alejandro Jodorowsky

Jean Giraud was the Picasso of French comics. Fellini, one of his biggest fans, compared him to Matisse. By the time of his death in 2012, Giraud left behind a superhuman body of work spanning nearly 60 years. The realism of his humanist Blueberry western series – with an American hero physically modeled on Jean-Paul Belmondo – gave way to some of the most surreal science fiction ever created. Under his nom de plume Mœbius, Giraud invented worlds for the cinemas as well, producing storyboards for Ridley Scott’s Alien, Tron by Disney, The Fifth Element by Luc Besson, and Star Wars Episode V. 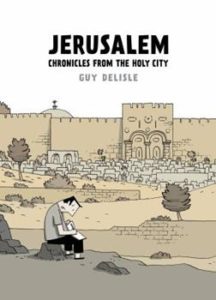 Jerusalem: Chronicles from the Holy City by Guy Delisle

For years, Guy Delisle was an ex-pat dad – his wife worked for Doctors Without Borders (MSF) and he would accompany her, take care of their young children and put his pen to the pulse of places like Burma, Shenzhen and Jerusalem. His graphic travelogue, Jerusalem: Chronicles from the Holy City, made the top of The New York Times Graphic Novel bestseller list and won France’s most prestigious animation prize, the Fauve d’Or, for Best Graphic Novel.

It Was The War of The Trenches by Jacques Tardi

“The only thing that interests me is man and his suffering,” writes the French cartoonist in the foreword, “and it fills me with rage.” Tardi’s drawings are in ligne claire, a style pioneered by Hergé, the creator of Tintin. Tardi depicts life in the trenches with horrifying, hyperrealist detail, translating his grandfather’s memories of the trenches into a shop of horrors.

In the Kitchen with Alain Passard by Christophe Blain 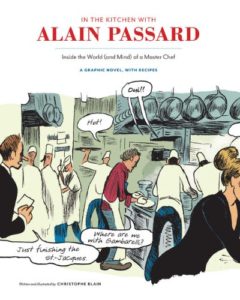 Two of the most talented Frenchmen in their respective métiers, comics and cooking, spent three years collaborating on this work of graphic non-fiction. One of the world’s great chefs, Passard shocked the culinary universe in 2001 when he announced he was “tired of cooking animals” and would dedicate himself to vegetables like beets and celery. Blain drew thousands of colorful panels of Passard in his kitchen and gardens for the book while Passard contributed 15 recipes though he “never writes one down.”

Asterix: Mansions of the Gods by Rene Goscinny & Albert Uderzo

The fact that Astérix can be read on many levels (and by kids of all ages) has obscured the brilliant political satire of Rene Goscinny’s writing and Albert Uderzo’s artwork. “Mansions,” written just a couple of years after the French riots of May 1968, is a merciless piss-take on technocracy, hideous high-rise architecture and inane advertising. But what a happy ending! Roman soldiers and slaves form unions, go on strike, and achieve better wages and conditions. Trees grow back magically, preventing deforestation. A movie version was rated “one of the best animated films of the year” in 2016. 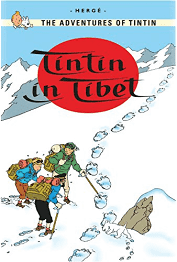 Tintin in Tibet by Hergé

Of all the global Tintin adventures the Belgian cartoonist, Hergé, created in a half century of drawing, this was his favorite. The boy reporter Tintin became the first fictional character to be awarded the Dalai Lama’s Truth of Light award (in 2006) for this book, in honor of  the character’s quest to find a lost friend after a plane crash in Tibet. There are no guns or violence or bad guys. But brace yourself for killer avalanches, sheer cliffs, airplane crashes, rapids, and a not so abominable snowman. Hergé’s friendship with Chinese artist and sculptor Zhang was clearly an inspiration, though Hergé had not seen him for several decades when he wrote the story. They were reunited in 1981.

The Snowpiercer by Jacques Lob and Jean-Marc Rochette

This dystopian masterpiece reads as if it were drawn yesterday. But it actually took over 30 years to finally publish it in English. Le Transperceneige takes place in a not-so distant future where climate change has killed almost all life on the planet. A few survivors have managed to board the snowpiercer, a self-powered train circling the frozen earth. The one percenters travel at the front of the train, in luxury, while a mass of freezing people in the back of the train do unspeakable things to survive. Korean director Bong Joon-ho’s film version (with Chris Evans and Tilda Swinton) was arguably one of the the best movies of 2013.

This all-time most popular comic series in France is all but unknown to Americans. Thousand Planets is the second in the adventures of Valérian, hot-shot space pilot and the beautiful Laureline, a medieval peasant girl turned spatio-temporal agent. She may be a redhead but she’ll remind you a lot of Princess Leia. In fact, Valérian seems to have been a major influence on Star Wars.