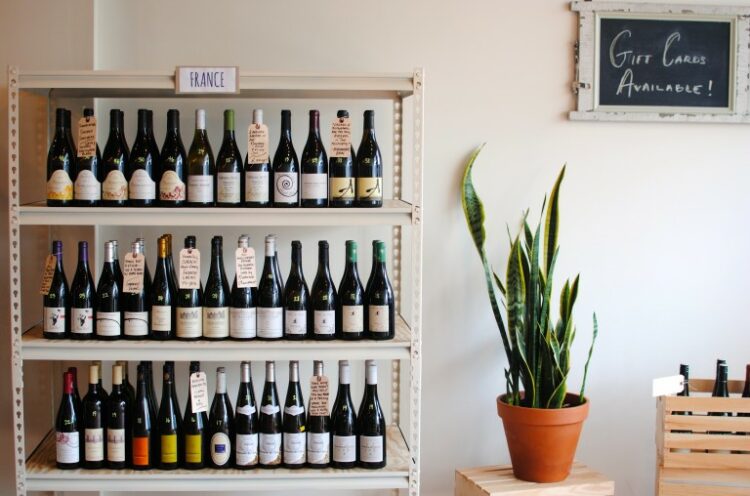 7 Fabulous French Wine Bars in the U.S–From Seattle to Maine–Where You Can Drink Like a Parisian

Walking around Paris it’s hard to go more than a few minutes without seeing any number of bars à vin. But what exactly is a bar à vin?

It’s a neighborhood spot, beloved by locals and any visitors that are lucky enough to chance upon it. It’s a place where there might not even be a wine list, but rather a selection of bottles marked with prices lining the walls, plus a by-the-glass selection recited from memory by the sommelier. It’s a place where you can usually procure a bit (or a bunch) of cheese and charcuterie, half a dozen huitres and a selection of small (ideally, affordably priced) plates. In a word, it’s a delight.

While they’re on every other corner in Paris’s 10th and 11th arrondissements, Americans have yet to fully catch up – partly because our culture (and rent cost) doesn’t quite encourage folks to linger over a bottle if they’re not also paying for dinner. Still, there’s a growing number of places that have done their best to recreate or reimagine the bar à vin, that beacon of Parisian plaisir, all across the U.S., with notable concentrations in larger cities like New York and San Francisco.

To save you the road trip, we’ve rounded up some of the best places to enjoy a taste of France (by the glass or bouteille — pourquoi pas?) all around the U.S., from a newly-opened gem in downtown Manhattan to a natural wine hotspot in Portland, Maine. Santé!

Forget your passport — grab your MetroCard and head to Le Dive, a brand new bar and café serving up tinned fish and joie de vivre smack in the middle of ultra-hip Dimes Square, a subsection of New York’s Lower East Side.

This walk-in only bijou from Golden Age Hospitality and Jon Neidich (of Acme fame) made its grand debut on May 10, with a solid list of natural wines, classic French cocktails and a rotating menu of bistro specialties and small plates, including radis au beurre, artichokes and more. Antique mirrors and treasures found at Paris’s beloved Marché Aux Puces de Saint-Ouen decorate the cozy space, which is meant to channel the aesthetic sensibility of a classic-tabac-meets-chic-bar-à-vin.

“I’ve always been drawn to Parisian tabacs,” Neidich said in a press release, adding that beyond their design, he loves how “they function as neighborhood cornerstones, where locals of all ages come together to drink and eat throughout the day and night.” He’s also found himself inspired by Paris’ wine bar scene. “With Le Dive, I set out to merge the two — to bring the best of Paris’s old and new cafe culture to New York.”

A female-founded passion project helmed by friends Chloe Grigri and Kaitlyn Caruke, Le Caveau is home to a long list of natural wines and — mon Dieu — to-die-for French hot dogs (think baguette instead of bun), which are worth the trip alone.

Perched atop the Good King Tavern (opened by Grigri and her father, Bernard, in 2013 as an homage to his hometown of Aix-en-Provence), the sultry, candlelit space — featuring French disco and exposed brick walls — is as close to Paris as you can get in Philly. The bar hosts “night class” every Tuesday, in which they “open cool wines & geek out about why we love them,” according to their website. Allons-y.

Soif is as much a speakeasy as it is a wine bar. There’s a DJ and there are also elaborate cheese and charcuterie plates, paired with a list of 50+ bottles (ranging from classic French to newer and natural). Tucked under Testaccio, an Italian restaurant from restaurateur Aldo Zaninotto in Chicago’s Logan Square, the lounge (which opened last November) channels classic French sensibilities with red vinyl banquettes repurposed from La Sardine, a beloved French institution run by Zaninotto’s late friend, chef Jean-Claude Poilevey.

“The word ‘soif’ has a lot of meanings in French,” Zaninotto told Eater. “The expression ‘soif de vivre’ means ‘thirst for life.’ This place speaks about it, about enjoying life with your friends and having fun. In the restaurant business, after COVID, we have to keep moving forward. We had to reset. Now we move on, thirst for the next adventure.”

Sommelier and owner David Butler’s dreamy wine bar is a must-visit destination in Seattle for oenophiles and Francophiles alike. With mint green walls, wines scrawled out on chalkboards, an exclusively French wine list (with a particularly outstanding Beaujolais selection) and cheese plates piled with saucisson, Le Caviste is ideal for a date night or a solo sip at the bar.

“The way we do things here, it’s very provisional. You can pop in for a glass, you can stay for four hours at a table with your chums, you can do whatever you want to do. It’s first come–first served,” he told Wine and Spirits Magazine.

“Terroir” is a wine term that refers to the specific environmental factors that go into making a wine what it is — the soil, the climate, the altitude, etc. The staff at this beloved San Francisco natural wine bar are incredibly well versed in the terroir of their extensive, thoughtfully curated selection of predominantly French wines. While there are a handful of New World producers featured here as well, the focus remains on Jura, Loire and other French gems, with ample room for more funky producers. The wooden, lofted space itself is a delight for wine lovers, who can oggle the library-like bottle display as they taste test whatever’s going by the glass. The bar is also a retail shop, where you can pick up a bottle or two to take home or pop open for a picnic at any of SF’s charming nearby parks.

Charleston’s take on the French-style wine bar features a wide range of French producers (with a penchant for rosé Champagnes) and a colorful cheese platter with a rotating selection of cheeses. The bar is done up in classic, if a bit cliché, style: exposed brick and twinkle lights, plus live music nights, set in an historic 1800s building. For the best seat in the house, pull up a bar stool in front of the open kitchen, or head to the spacious outdoor patio. 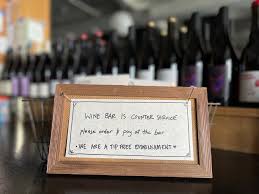 While not technically a wine bar, Portland’s OG natural wine shop deserves a place on this list and in our hearts. Run by Orenda and Peter Hale, previous Brooklynites who set up shop in Portland in 2015, the retail store eventually parlayed itself into an award-winning wine bar and restaurant, Drifters Wife, that changed the landscape of Portland’s food scene — but was sadly one of the first casualties of the Covid-19 pandemic.

The wine shop, Maine & Loire, is still open, and pays tribute to France’s Maine-et-Loire region, which is home to Anjoy and Saumur wines. “This stretch of the Loire Valley is home to some of our favorite producers — folks who make the kind of wines that first got us excited years ago,” the pair wrote on their website. “Maine & Loire is a playful nod to two places which are dear to our hearts.”

The shop hosts free tastings as well as wine classes, which explore the tasting side as well as the terroir and other factors that go into making the wine. They also offer a bimonthly wine club, for local pick-up only.