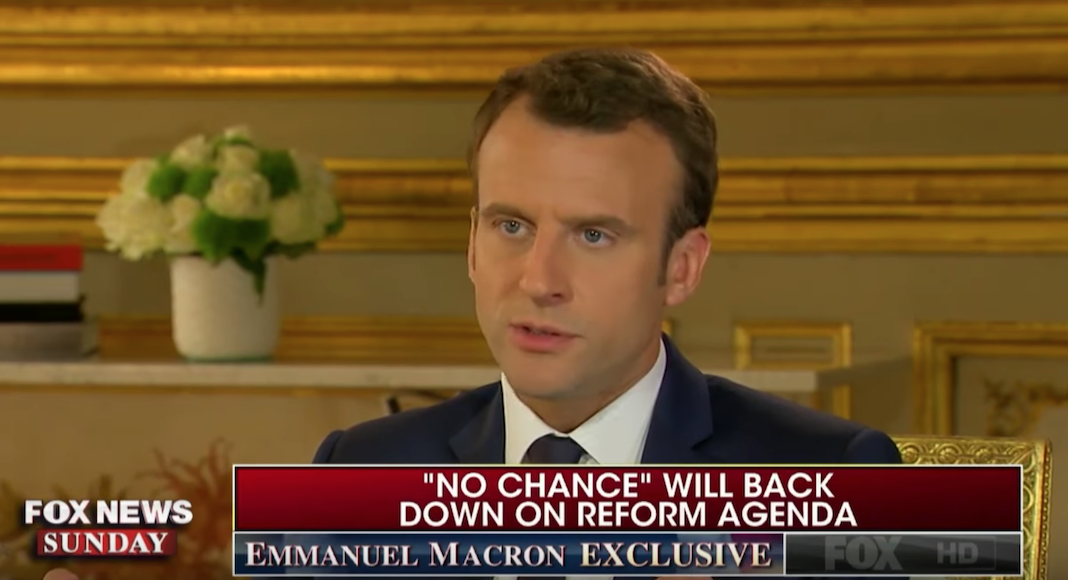 Just days before French president Emmanuel Macron crosses the Atlantic to be the guest of honor at Donald Trump’s first state dinner, he sat down for an interview with Fox News’ Chris Wallace. Though the interview came in at just under 25 minutes, there was a lot to learn from Macron and the American journalist’s conversation in the Salon Doré of the Elysée Palace.

1. His English is decent

Macron’s general mastery of the English language is good, though his accent is off in places (e.g., terrorism was ter-ROARism, power was pour, law was low). Overall it was pretty good, especially relative to former President Francois Hollande’s English. (And though we haven’t heard Trump try to speak French, we imagine that Macron’s English would be better than Trump’s French.)

2. He really liked it when Wallace called him “the Trump-Whisperer” 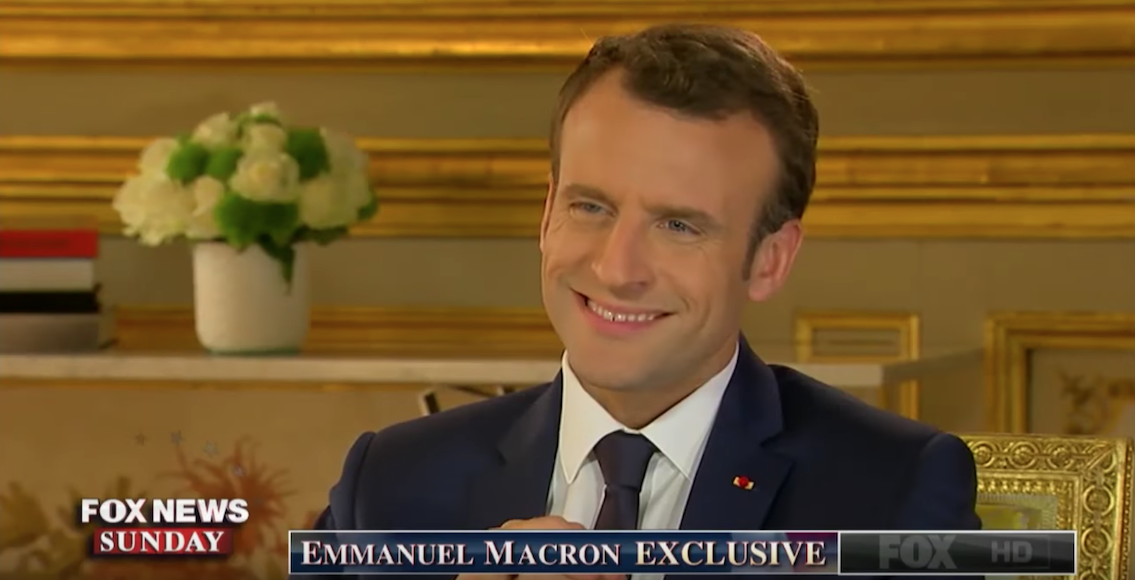 3. He and Trump “have a very special relationship”

4. The famous six-second handshake was a “direct, innocent moment” that “was to say we will work together”

“Normally he’s especially ready to take you… Seeing Prime Minister Abe and some of the different victims, I resisted. But in fact, it was a very natural moment, and very friendly moment. Don’t worry.”

5. To the question, “Do you ever wonder whether Trump will serve his first term?” Macron responded, “I never wonder”

(Though his facial expression right before he answers the question betrays him .)

6. Emmanuel Macron is gifting an oak tree from the North of France to the White House

He’ll be offering Trump “an oak, taken from a very symbolic place, especially for [American] marines, from the North of France, that together, we will put in his garden, because, for me, that’s a great symbol of this long term relationship.”

7. His reform agenda goal is “to modernize the country”

“We fixed labor role, we fixed corporate taxes, we are modernizing the different sectors, and we will pursue this modernization agenda until the end.”

8. There’s “No chance” he’ll back down from his reforms 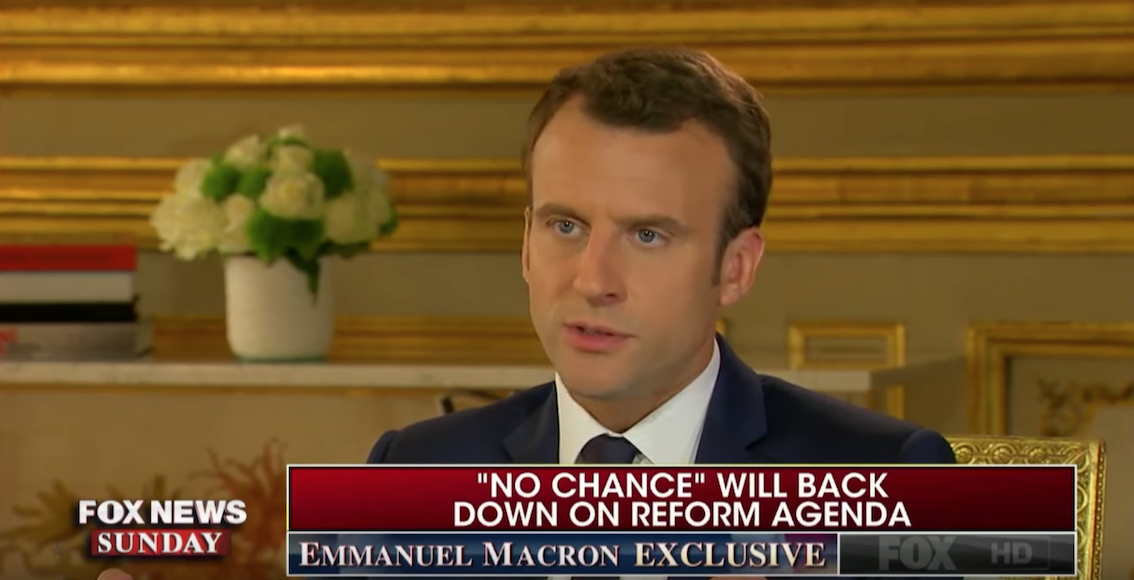 “No chance,” Macron said. “What I told French citizens before election is that I want to address the deep roots of our problems. It will take time, we will have to [make] bold decisions, but we have to fix the situation in depth. So, we will deliver, and I have no other choice, because if I stop here because [of] some protests — and they are legitimate, but they are a minority part of the country — how do you think I will be able to modernize the country and make this u-turn? It’[ll be] finished. So I will deliver, because that’s my duty and my commitment.”

9. He doesn’t care about polls

“If you follow the polls, you never reform, you never fix the situation, you never transform. Because you’re always obsessed by following where people want to go,” he told Wallace. “I will look at the polls in due time. Not now.”

10. He acknowledges that he “definitely” needs to guard against being arrogant. But…

“But having authority, deciding, being aware of all the consequences of your decision, and thinking [about delivering] your decisions when its good for the country is not the same as being authoritarian or arrogant.”

11. When discussing his reforms in France, he intentionally (and a bit teasingly) deploys the phrase “make it great again.”

“I’m here to serve my people and my country and make it great again, [something] somebody I know very well could say,” Macron says, making Wallace chuckle. To the French president, making France great again means “delivering good results, having more unity for the country, and being fair with the people.”