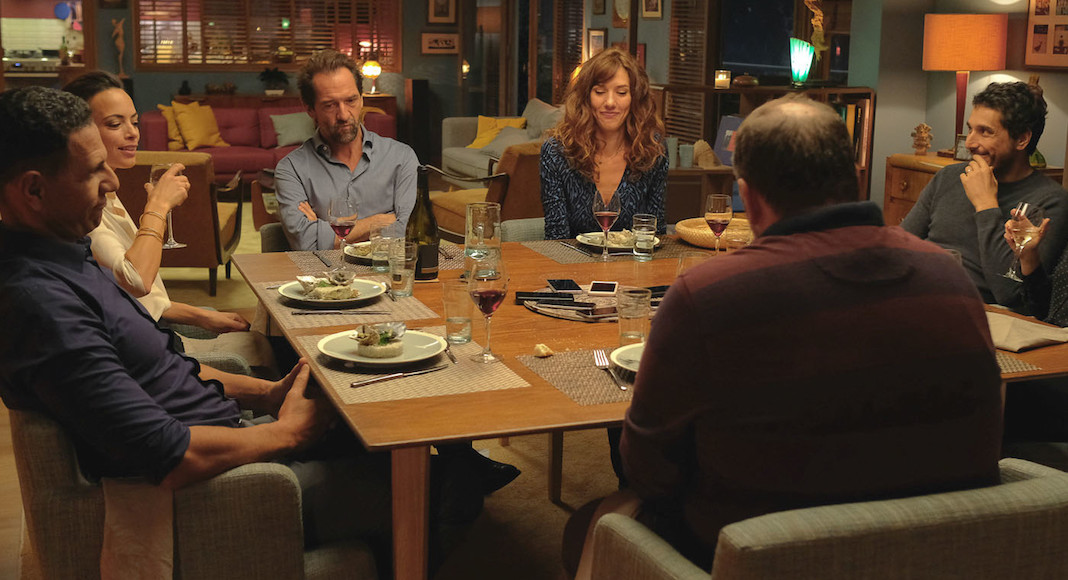 11 French Films to Watch on Netflix this Winter

The falling temperatures are making room for evenings spent on the couch. So you don’t find yourself rewatching “The Office” (again), we’ve found 11 French films to watch on Netflix, to make you feel like you’re in France.

Released on October 17th, 2018 in French cinemas, this film has all the secrets of a good dramatic comedy. While at diner, a couple of friends decide to play a game: each must put their cell phone in the middle of the table. Each text, phone call, email, and Facebook message must be shared with the group. It isn’t long before this game transforms into a nightmare.

Released in March 2016, “Raw” seems like a classic horror movie (it’s definitely not for children). The film follows Justine, whose entire family are veterinarians and vegetarians. At 16 years old, she is a gifted child, who is about to enter vet school where her sister is also enrolled. But soon after she moves in, hazing begins for the first year students. Justine is forced to eat raw meat for the first time in her life. The consequences are immediate: Justine discovers her true nature.

Antoine is just like the heroes in the movies for which he composes music. He is charming, successful, and goes through his life with humor and lightness. When he leaves for India to work on an original version of Romeo and Juliet, he meets Anna, the wife of an ambassador. She is completely different from him, yet she attracts him more than anyone ever has. This is the story of their incredible adventure together.

Simone has been dating Claire for three years, but Claire has never met her family. Between a crazy mother, a traditional father, and two brothers who are always trying to set her up, it’s difficult for Simone to be open about her life. Things get more complicated when Simone falls in love with a Senegalese chef named Wali, partially due to her talent in the kitchen. Torn between Claire, Wali, and her family, Simone has to make some difficult decisions.

Staring Catherine Deneuve, this film follows the education journey of Malony, from 6 to 18 years old, who a juvenile court judge and an educator work tirelessly to save from herself.

Brahim is a rising comedian. He attributes his success to himself and his love for Linda. A good son, he has always supported his family. But to succeed, Brahim must get rid of his older brother, who is also his out of control manager. If failure is expensive, Brahim is going to pay an even greater price for success.

In present day Marrakesh, Noha, Randa, Soukaina, and Hlima are making a living by working as prostitutes. Invigorated and complicit, dignified and emancipated, on a daily basis they overcome the violence of a society that uses them while also condemning them.

Threatened with losing his company, Antoine Roca, an ordinary man, starts up a fraud that becomes the heist of the century. Caught up in big crime, he will have to face betrayals, murders, and settling scores.

May 1940. To flee the German invasion, the inhabitants of a small village in the north of France set out on a journey, like millions of other French people. During this exodus, they bring a German child with them, whose father, opposed to the Nazi regime, is imprisoned in Arras for lying about his nationality. Freed during the chaos, the father begins searching for his for his son with the help of a Scottish soldier seeking to return to England.

François, a low-level drug dealer, has a dream: become the official distributor of Mr. Freeze ice cream pops in Maghreb. This deeply coveted dream shatters immediately when he learns that Dany, his mother, has spent all of his savings. Poutine, the lunatic kingpin of the city, suggests Françoise get involved with a scheme in Spain to get him back on his feet. But when everyone around him — Lamya, his childhood love; Henri, an ex-father-in-law who just got out of prison; two young conspirators both named Mohamed; and his mother, head of a gang of pickpocketing women — gets involved, nothing goes as planned in this comedy movie.

Look, we know you’ve all seen this movie, but listen: it’s cold out, and Amélie is filled enough with warm colors and Parisian summertime to warm you up immediately. It’s also cuffing season, so if you’re lonely and looking for a French rom-com to cheer you up, this film is a go-to. After all, it’s about a bright young waitress in Montmartre who discovers the joy of little acts of kindness, and falls in love with an amateur photo-collector and worker at a sex toy shop. Perfect quirky rom-com material.