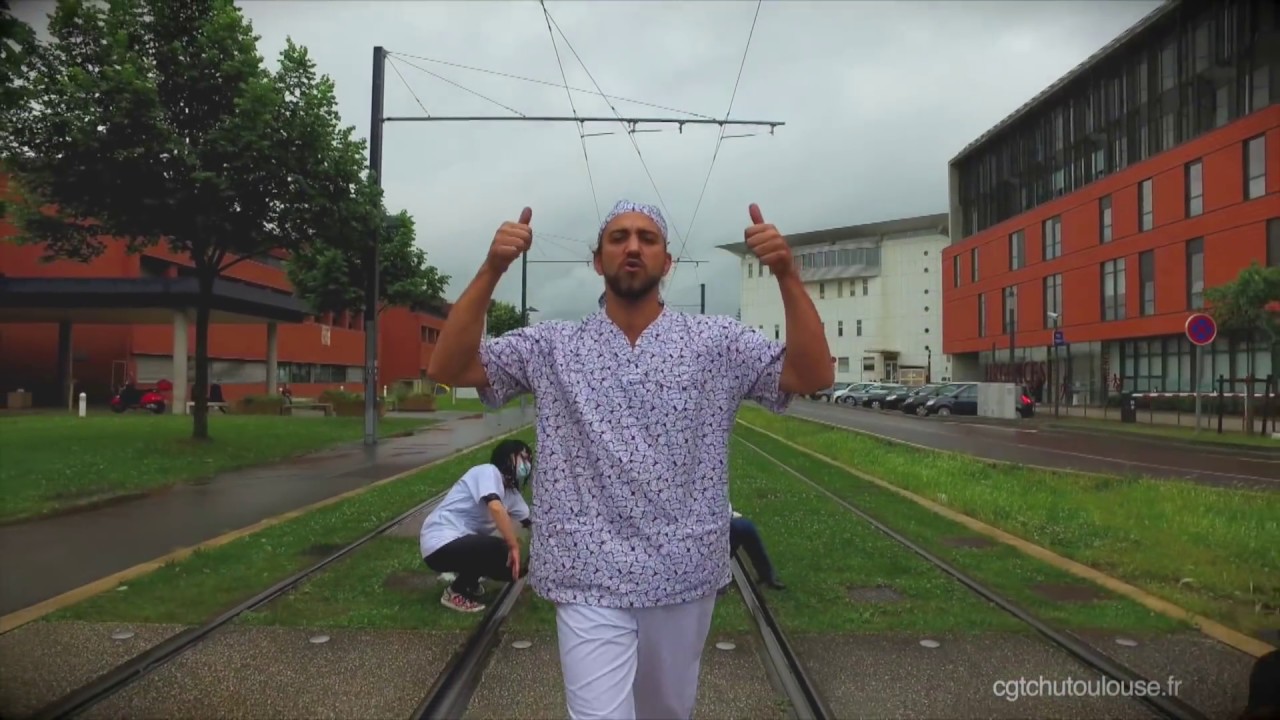 Why This Rap Parody by Toulouse Doctors is Going Viral

Sometimes the best way to get your point across is through music.

This is certainly the case in Toulouse, France, where a group of striking doctors from the Central University Hospital (CHU) last month created a parody of the song “Basique” by rapper Orelsan to drive home an important point about poor working conditions at their hospitals.

Now, the video is going viral with more than 100,000 views on YouTube and over 3 million impressions on Facebook.

In it, hospital employees spoof Orelsan’s iconic music video, using an empty tramway in Toulouse to recreate the dizzying choreography of the original.

They’re not the first to parody Orelsan’s video. Earlier this year a group of lawyers from Le Havre in Normandy protested judicial reforms using the same formula. But their video is nonetheless generating quite the buzz.

“Okay, I’m going to take good of my patients,” the video’s lead raps, “But first, I need to speak with the management.”

The rapper — who France Bleu describes as a liberal nurse and amateur musician who is not part of CHU — brings up several grievances held by the striking doctors, including budget shortfalls, lack of supplies, overworked doctors, and an incipient mental illness crisis as a result of all this.

Doctors have been on strike since April, protesting what they call the “degradation of our working conditions.” Their strike comes in the wake of a damning report that appeared in the local newspaper Mediacités, which leaked more than 26,000 documents showing negligence, dysfunction, and endangerment of patients as a result of budget shortfalls.

“What we see on a daily basis is mainly a result of understaffing,” Pauline Salingue, a member of the syndicate organizing the strike, told Ouest France, “Teams are running in all directions to find the necessary equipment, buildings are degrading, they have asbestos.”

At times, this has played out in dramatic ways, such as when a defibrillator lost signal when it was being used to deliver a shock.

“It has been months since we’ve been on strike and we haven’t been listened to,” Julien Terrié, the union secretary at CHU, said in a statement.

But now, they’ve got millions of eyes on them. That includes the eyes of Orelsan himself, who told union reps that the parody video “pleased him.”

And if the CHU doctors’ message isn’t crystal clear in the lyrics, it certainly is in the visuals. As the music dies down and the camera lens pans to a bird’s eye view, the doctors rearrange themselves into a universal plea for assistance: SOS.