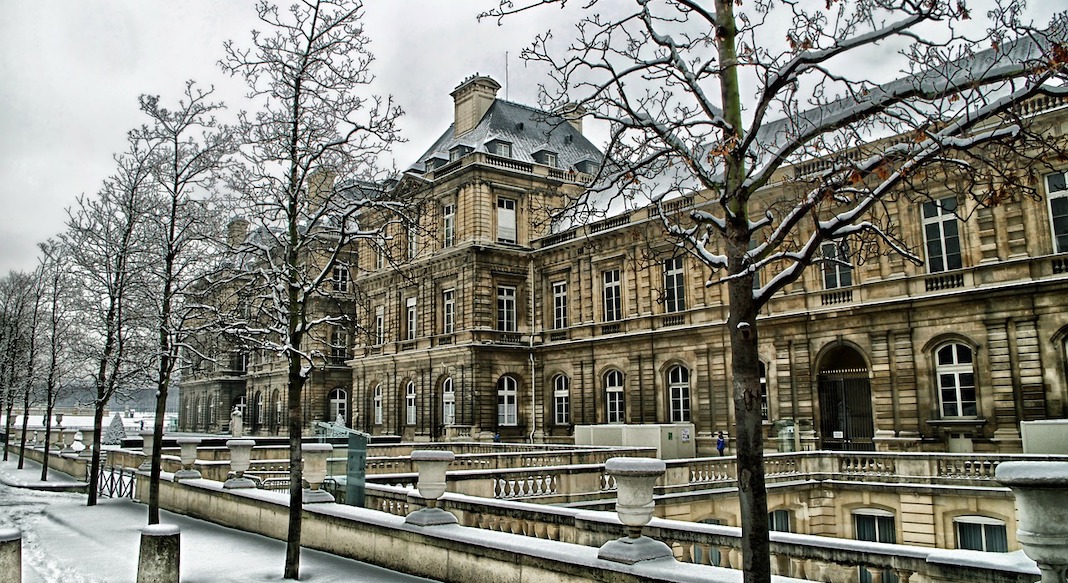 10 Things to Do in Paris in January

January is a great time to go to Paris for three reasons: decent weather, less tourists, and great stuff to do.

Whether it’s a post-Christmas/Hanukkah/etc. vacation, a college winter break, or an escape from the dark and the cold of your city, there’s plenty to do in Paris in January. It’s the hipster tourist month, when you’ve got the city to yourself. (Well, not really, but to yourself without the other tourists.) It’s the first month of the year, so you get the benefits of the still intact “I’ll be nicer this year!” resolutions. It’s the month that sets the tone for the rest of the year, so make it good. Here are 10 things to do to kick-off 2017 in Paris.

Streets roaring with the engines of vintage cars, the Traversée de Paris Hivernale transports viewers through time to a romantic Paris of the past. Departing from Chateau de Vincennes at 8am, this vintage car parade winds through Paris to the admiration of applauding fans. If you (for whatever strange reason) happen to have a car in Paris made at least 30 years ago, sign up to be one of the 700 cars in the parade here.

Happening throughout Paris, parade route is yet to be disclosed

The Olympics were only five months ago, but it’s left a hole in our hearts that can only be filled by good, old-fashion handball. A total of 84 matches will be played by 24 countries in cities around France including Nantes, Metz, Rouen, Lille, Albertville, Montpellier, and Paris. The best news? The US isn’t competing, so cheering for France will be guilt-free. See the full schedule and book your seats here.

Happening in several locations around France

3) Ice skating (as long as ice rinks are open)

Is there any activity more classically winter than ice skating? Yes, ice skating is possible anywhere, but there are three particularly cool locations to skate in Paris. The first floor of the Eiffel Tower is open until February 19th, 2017 and the price of your tower admission covers the cost of skating. Personal skates aren’t allowed, and gloves are mandatory to use the rink. Inside the famous Le Grand Palais lives the seasonal Grand Palais des Glaces. The world’s largest ice rink welcomes families until 9pm, when it transforms into a a giant club. Keep your skates on for the nightly party until January 2nd, 2017 when the rink shuts down. Finally, the rink in “Santa’s Village” has a stellar view of the rest of the holiday village lining the shining Champs Elysées. The rink stays open until January 8th, 2017 when it and the holiday village closer.

For 40 weeks of the year, France doesn’t have any sales. For the 12 weeks of the year that they do have sales, the shopping is unbeatable. Two times each year (once in January and once in June) France has six weeks of mandatory sales. In the first week, discounts hover at a meager 10%, but during the final week of sales, prices are slashed as much as 70%. Just keep in mind, the later you go, the deeper the discount, but the fewer options you have.

Happening all across France

Hot chocolate is the perfect excuse to enter a fancy restaurant because even if you can’t afford anything else, drinking something hot provides a reason to linger in the luxurious warmth. Angelina makes everyone feel like 24K nestled in a jewelry box with the restaurant’s gold-trimmed decor. Served in a pitcher with whipped cream, this hot chocolate is rich, not the least watery, and quite sweet. Get it to-go (gasp!) at the cart in front of the restaurant. Next, head to Café de la Paix next to Opéra Garnier. The décor lets you pretend that you’re living your richest life in mid-1800’s France. Less sweet than Angelina’s yet definitely denser, there’s enough hot chocolate in one order to have a second cup. Lastly, Café Pouchkin will further mix your feelings about Russia. With the décor of a pastry shop and the service of a Russian palace, your hot chocolate will be frothed and served in a silver pitcher in front of you.

The first ever graphic design festival takes place not just in Paris but across Paris. Graphic prints from the show will be displayed in 1600 bus stops around Paris, and digitally in bus stops in NYC and London. Beginning January 24th, visit the exhibit at Le Musée des arts décoratifs. Talks and panels about graphic design will occur simultaneously at the NUMA.

Les soldes aren’t the only fashion you’ll see in January—it’s fashion week(s) in Paris. Men’s fashion week for FW 2017/18 goes from January 18th-22nd, then it’s supermodels on parade for Haute Couture SS 2017 from January 22nd-28th. Unfortunately, non-industry people can’t buy show tickets, but we certainly can hang around the hotspots for some star-spotting and style-hunting.

Attending a trade show is an excellent experience for those looking to do something away from tourists. The Maison&Objet tradeshow opens just outside Paris at the Parc des Expositions de Villepinte, easily accessible by way of the RER. Exhibitors, conferences, and large scale installation art are all accessible with a badge, purchasable here.

Celebrities and fashion combine perfectly into one exhibit at part two of Palais Galliera’s exhibit on famous clothing. (Part one was so popular they made a part two!) Gawk at Marie Antoinette’s corsets, an Audrey Hepburn outfit, Napoleon’s waistcoat, the uniform of a WWI nurse, and more. These “two hundred items with or without pedigree, but identified with the people who wore them” will be displayed until mid-February. Skip waiting in line and buy tickets here.

According to the English version of the French website, “The Big Wheel” towers over la Place de la Concorde at 230 feet tall. (It’s the world’s largest mobile Ferris wheel!) Winter is the best time, because the holiday lights are still up around Paris. Ride it around and see the whole city aglow against the night sky.