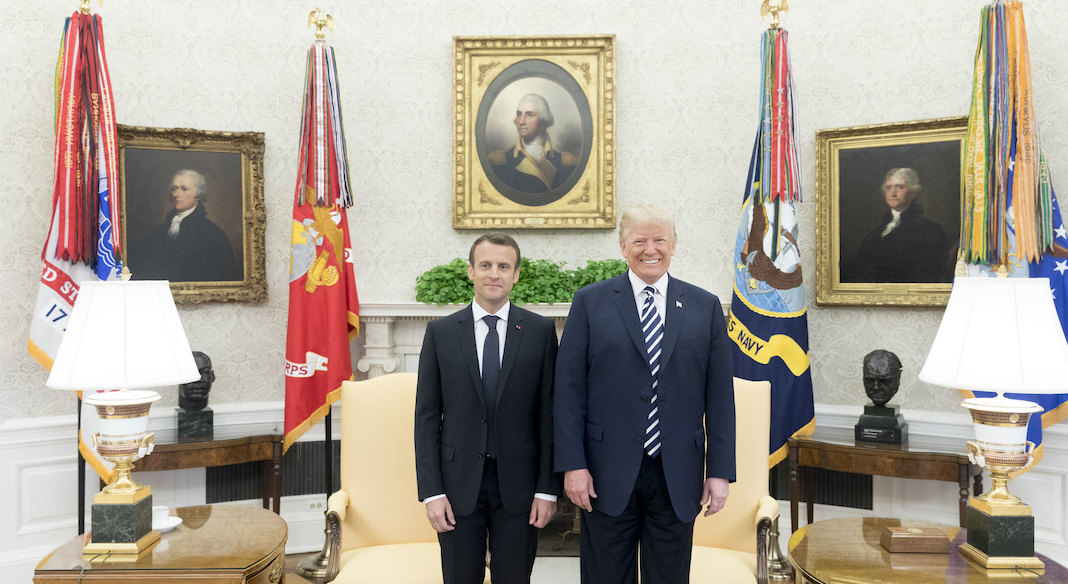 Thanks a Lot, France. Trump Tells Pentagon to Plan a Military Parade

Thanks a lot, France. We Americans appreciate the wine and cheese you provide the world, but we don’t appreciate how your Bastille Day parade inspired president Donald Trump to have his own military parade down Pennsylvania Avenue.

During a private meeting at the Pentagon on January 18 with the highest-ranked military officials, Trump made his wishes for a military parade clear. “The marching orders were: I want a parade like the one in France,” said one official who was present at the meeting. His words were no longer just musings; his desire was understood as a “presidential directive.”

In July, Trump visited French president Emmanuel Macron in Paris. They presidents and their wives attended the Bastille Day parade, which featured French troops, armored tanks, gun trucks, and fighter jets flying overhead. Trump was there in particular to commemorate the 100th anniversary of the United States’ entrance into World War I. “It was one of the greatest parades I’ve ever seen,” Trump told reporters.

Currently the plans for the U.S. parade are still in the “brainstorming” phase. Officials say it’s unclear how the parade, which could cost in the millions, would be paid for. Trump hopes to hold the parade on July 4th or Memorial day, while military officials would prefer Veterans Day since it would be the 100th anniversary of the end of World War I.

Trump has previously expressed a desire to have a military parade. It was reported that he wanted one for his inauguration, and he told the Washington Post he wanted one back in January 2017: “That military may come marching down Pennsylvania Avenue. That military may be flying over New York City and Washington, D.C., for parades. I mean, we’re going to be showing our military.” After the Bastille Day parade, he reiterated his desire for a parade during a joint press conference with Macron in September of last year. “Because of what I witnessed, we may do something like that on July 4th in Washington down Pennsylvania Avenue,” he told reporters.

As the Washington Post assesses, honoring the military with parades has historically politicized the armed forces. A parade would be an expensive and possibly reckless show of force in the face of a threatened North Korea, and a strange choice of spending while the military seeks more money from Congress to improve readiness.