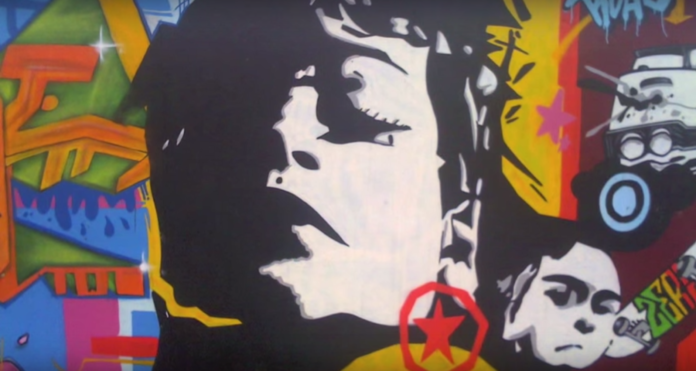 Paris is one of the most art-filled cities in the world. It would take days to see all of the artwork stored in the Musée du Louvre alone, not to mention the many other museums in the city that hold ancient and modern art and everything in between.

But the Paris art scene doesn’t just exist within museum walls. The city itself is a giant canvas, and though you might not see it in your Paris guidebook, it is covered in street art.

Sometimes it’s just words scrawled on buildings, other times it’s life-sized drawings and painted murals. The street art in Paris varies from arrondissement to arrondissement, and each piece of art tells a unique story about the neighborhood, the current culture and the people of Paris. Sometimes the art is also a performance, like in the 11th arrondissement, on rue Oberkampf, where each month a wall called Le Mur is repainted with a new mural by an up and coming artist. Just a few streets away, in Belleville, there is an entire alley filled with graffiti art.

Check out some of the best Paris street art in this video: