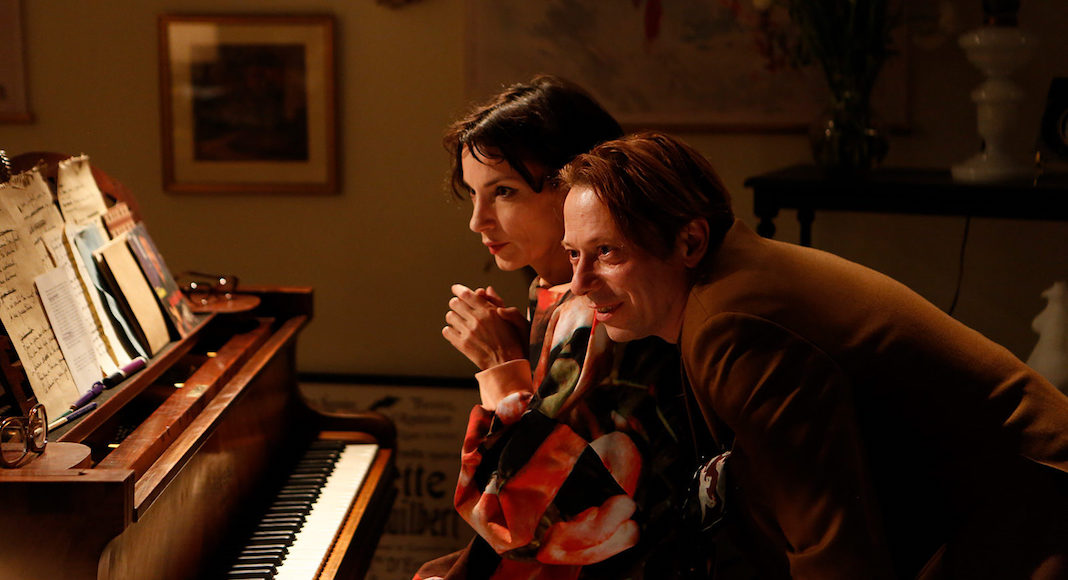 Present the best French cinema of the past year to the American public, that’s the goal of Rendez-Vous with French Cinema, a film festival back in New York from March 8 to 18.

Twenty-four films will be screened at Lincoln Center for this 23rd edition, with many distinguished guests in attendance. Among them, actresses Jeanne Balibar and Mélanie Thierry, and directors Mathieu Amalric, Raymond Depardon, and Xavier Beauvois. Rendez-Vous with French Cinema is broadly considered to be the largest French film festival in North America. All films will be screened at the Walter Reade Theater, Lincoln Center.

Mathieu Amalric’s Barbara will open the festival on March 8th at 9pm. The screening will be preceded by a presentation of the film in the presence of the director and starring actress Jeanne Balibar at 6:30pm. Barbara is a fake biopic in which Amalric films himself directing a film about the iconic French singer Barbara. The film was nominated in nine categories at the Cannes Film Festival, including Best Film, Best Original Screenplay, and Best Actress.

Among the other highlights of the festival is the screening of the comedy C’est la vie! (Le sens de la fête), by Olivier Nakache and Éric Toledano, on March 10 at 9:30pm. In C’est la vie!, the viewer goes behind the scenes of a wedding party through the eyes of those who work there (caterer, photographer, animator, singer, etc.), and who will have to rely on their single commonality to make this party a success: their sense of celebration.

Director Marine Francen will hold a question-and-answer session on the same day at 3:30pm along with the presentation of her film, The Sower (Le semeur). In this period film, a group of women find themselves deprived of their husbands after Napoleon Bonaparte’s attacks against the republicans in Provence. Because life must go on, the women decide to make a pact: to share the next man who shows up. Documentary photographer Raymond Depardon will speak about 12 jours and mental health in the French justice system on Thursday, March 15.

Also not to be missed on March 12 at 7pm, a discussion on the question, “How to make a first film?” French director Xavier Legrand, writer and director of Custody (Jusqu’à la garde), his first feature-length film acclaimed by critics for its staging and acting. It will be screened on March 11 at 3pm. The complete program of Rendez-vous with French Cinema is available on the Film Society of Lincoln Center website.