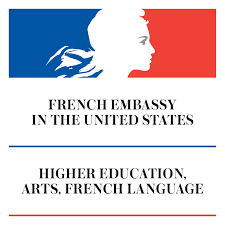 The French obsession can begin at any moment—the first bite into a flaky croissant, that initial glimpse of the Eiffel Tower illuminated at night, the soft lilt of a native French speaker’s voice.

When I first visited France at age 13, I experienced all of this and wanted more than just a fleeting glimpse of the culture. I wanted—even needed—to live there to truly embrace the country and excel at the language. Unfortunately, finding employment in France for an American is not as easy as finding a quality pain au chocolat, and is replete with the dreaded bureaucracy that all Francophiles must learn to navigate.

Fortunately after college, I found the Teaching Assistant Program in France (TAPIF). Through this program, the French government brings thousands of Americans to France as ESL assistants in primary, middle and high schools. Most participants are recent graduates, but the program recently extended its eligibility so that anyone ages 20 to 35 can apply. There are generally two groups of people who participate in TAPIF: those who want or have pursued education careers, and those who are simply looking for an interesting gap year experience in France. Even if you’re like me, who was firmly in the latter category, TAPIF is an attractive option as one of the only ways that Americans can work legally in France.

As a Teaching Assistant in Toulouse, I provided English conversation support to 16-20 year old students, who were nothing like the moody teenagers from my high school days. The French style of education is more disciplined, with a formal, distant relationship between teachers and students.  With my casual demeanor and questions, I was a novelty. Apart from the occasional outbursts from over-excited boys, (“I love you! Please eat kebab with me!), the students slowly but surely warmed up to me. They shared dreams of moving to New York or California, and were disappointed, though not disheartened, to hear not all parties are like American Pie.

Even better than the job are the perks: You can imagine my shock when, after a mere seven weeks of work, I was forced to take two-weeks off. France so prioritizes leisure, it mandates five weeks’ minimum vacation time a year. I dutifully protested, explaining to colleagues how a typical New York work week is 60+ hours, with 10 days’ vacation offered (but strongly discouraged). My outrage was soon quelled by all the Euro-railing, site-seeing, cheese and booze. And then there were the lunches. Unlike New York, where we eat sandwiches hunched over a computer screen; in France a two-hour siesta is not a luxury, it’s expected. Unreasonable? Perhaps, but I adapted as best I could.

TAPIF contracts run 12-hours a week, so most of the assistants searched for extra work to supplement the monthly salary of €780 after taxes.  This proved tricker than vacations and lunches. Technically illegal under the TAPIF contract, all side hustles were hush hush, with cash paid under the table. Night Owls found gigs at English pubs, coffee shops and restaurants, but by far the easiest option in Toulouse, where native English speakers were in high demand, was teaching English privately.  Assistants posted their services on sites like leboncoin.fr, for an average salary of €15/hour. These sessions required more careful preparation than pouring wine or pulling espresso shots, but for me it was worth it. I improved my French language skills, met a variety of interesting people, and developed my teaching methods.

Another popular option for TAPIF-ers to save on rent is child care. Families hire native English-speaking Au Pairs to improve their children’s English comprehension, but expectations and responsibilities range drastically from household to household. Some assistants received room, board and payment for just a few hours of babysitting a week; others received no pay, and were expected to provide constant childcare, housework, cooking and even English lessons!  The rewards of rich cultural immersion were often not worth the risk.

After seven months, my love for France had not been beaten back by short sessions of good conversation, or long lunches of delicious food. Then, the question was how to find a way to stay in the country. The most popular post-TAPIF option (besides renewing the contract) is higher education. A lot of masters programs in France are… drum roll… free—yes, FREE!—even for foreigners! Once you’ve snagged entrance, and the golden ticket of a student visa, you have the right to work 20 hours per week. 20 hours per week!  More than enough for rent and pastry.

TAPIF is an ideal way to discover France because it offers post-grads a visa, cultural immersion, and a route to long-term life in France. Even if tutoring, au pairing or barista- ing are not added on, innovative assistants can find volunteering and unpaid internship opportunities. I interned for an American ex-pat, one of my friends started learning Italian, while another wrote articles for an online publication. Going to France with the TAPIF program will not be a strenuous post-college job; rather, it can be an opportunity to embrace a wonderful country and gain independence from exploring other interests. And who knows—maybe we also taught some French kids a thing or two…

If only about partying in America.