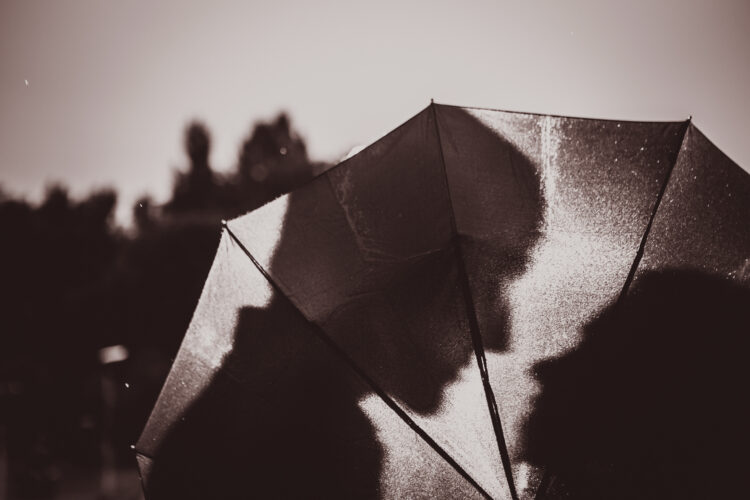 By the time this arrives in your inbox, if you haven’t said au revoir to Thanksgiving, you will have eaten your holiday meal, and you are likely spending today eating leftovers.

By now, your kids have had pie for breakfast, without terrific results, and you’re looking forward to having turkey sandwiches again for dinner, but this time with a bit more sel, a little diced shallot, perhaps, maybe a bit more warm gravy or a crisp lettuce leaf. By this time, it’s possible someone in your house has found the Christmas station and you’ve been plunged into white Christmases and are now dashing through the snow while your Grandma is getting runover by a reindeer.

Perhaps, thanks to the music, you’re already thinking ahead to the winter holidays. Or maybe you are just watching the clock in anticipation of that golden hour when your brother and his screaming, unvaxxed and suddenly snot-nosed children will depart and you can pour yourself a nice glass of French wine and open the new Anthony Doerr novel, Cloud Cuckoo Land. Or maybe, like me, you’re longing to sneak outside alone to go for a long run after a long day of cooking yesterday.

In our family, we spend the day after the holiday eating turkey sandwiches piled high with turkey, gravy, mayonnaise, cranberry sauce, and stuffing and then we try to get outside for a walk or some raking or just a family game of soccer in the yard. In the afternoon, there’s a satisfying quiet that comes over our house, and I find I can finally read with that reckless abandon that is only afforded after you run the marathon of a holiday and have burst through the ribbon at the end.

So, today, this Le Weekend is all about that luxurious day after Thanksgiving, particularly liberating, somehow, because you have done all that you had to do, or, in any event, it’s too late now to do any more.

But first, I need to say that I made a mistake last Friday in my Le Weekend. A mistake I was so chagrined to have made, that I actually started to send you all a note about it Friday night. But then I got an idea: What if, instead, I asked you to find the error? That could be fun. If you go back and find it in the original version, email me. I read all my emails and I’d love to hear from you. But more than that, if you write back and get it right, we will do a drawing at Frenchly for a surprise gift that we will announce next week.

What to watch ce weekend:

Once our kids are in bed, Dan and I are going to watch one of these “noir” films that Frenchly’s writer, Philip Ruskin, has pulled together for the holiday weekend. He makes them all sound so exciting, I can’t believe I haven’t spent more time watching this genre. As I was reading his piece, I was remembering meeting Louis Malle and his wife, Candice Bergen, a long time ago, when I was in college, and was friendly with his daughter, Justine, whom I remember as smart as a whip and incredibly gentle. I also remember both the famous director and actress as warm and down to earth, unassuming, and that she seemed very, very tall.

In our house, the new Peter Jackson film about the Beatles on Disney+ is the big thing on the menu, at least while the kids are awake. Disney’s doling this epic out in chunks over the holiday weekend, so you’ll have more than plenty of screen time to just let it be while sitting on the couch and eating leftovers.

If you have a young one in the house, my younger son, our little barometer of the qualité of French cartoons, has recently found this one très amusant: it’s called “Nina Patalo” and is about a girl named Nina, a stuffed duck, a defrosted caveman, a little purple monster, and some shenanigans they all get up to. You can find it on France Channel TV. The best thing about this show is that every episode is only seven minutes long. So, if you are not that into having your kid on a screen for a long period, this is a good one to give them a little soupçon and yourself a few moments to make some turkey hash, and then get them off again.

The other night I dipped into this three-episode holiday show from Netflix France, called “Christmas Flow.” It has the Algerian actress Shirine Boutella in it who is one of my absolutely favorite people to watch on screen. You probably know her from “Lupin,”  where she played Lieutenant Sofia Belkacem. “Christmas Flow” is a romcom with a problematical premise: Lila (played by Boutella) is a young feminist journalist who falls, despite herself, for a rapper called Marcus who is known for his misogynistic lyrics, played by the French rapper, Tayc (not to be confused with the American rapper and convicted murderer, Tay-K—thatmust drive Tayc crazy!)  It’s a little hard to swallow the notion that such a smart woman would be interested in trying to “fix” this problem-mec, of all the possible mecs. But what is interesting to me is that the show does become a forum to really openly discuss not only the #MeToo ( and #NousToutes)movements in France, but also the growing strength of the feminist movement among young French women and how it is changing France.

If you don’t think you’ll get into it, here is this totally charming video of Boutella and Omar Sy, the star of “Lupin,” taking a “tour” through the Louvre—if you need a moment after being with your uncharming family to be charmed by two of the most charming people in the world, give yourself these twenty-odd minutes.

What to read ce weekend:

On Frenchly we have so much to read this week!

First up, we have this terrific holiday weekend read about a Thanksgiving in France that goes mostly all wrong, except for une chatte who meows her way into the heart of the writer, playwright Craig Pospisil.This is the first in a series of pieces I am going to run every so often about finding love in France. My next one, coming up soon, is by the award-winning American novelist, Kate Christensen.

And if you’ve ever wondered about what the rules are for those dastardly accent marks in French, novelist Debra Spark has this terrific and fun piece about them. I now have her in my head every time I put two little dots over Noël, or throw a circumflex over anything, just to make it seem grander.

Also, we have this lovely piece about a new hot spot in Paris, the Twenty-Two Club.

A couple more engrossing Thanksgiving reads are these two intriguing pieces that my uncle Jay found in the Times for me this week—one is a French murder mystery suitable for a “Lupin” episode and another is about a literary scandale in France. Enjoy!

Josephine Baker has entered the Pantheon. Read about it here on French Morning, in French. If you need to translate it, try out Deepl. It works great.

This photo/essay in the Times this week about a high school senior named Genesis Duran and how the pandemic has shaped her life over the past two years is a moving and very important read. I absolutely loved her from the first line of this article.

Finally if you’re like me and you need a novel in the works to feel tethered, I cannot recommend the amazing author Elizabeth Strout’s new novel, Oh William!, enough. I have read every book of Strout’s and I am not ashamed to say that she is probably the only author other than Shakespeare whose works I have finished, and then immediately started reading again—they are that amazing. I don’t know how she does it. She’s also beloved in France. Check out this article here in Le Monde and this one here–both are brilliant reviews of her books.

We at Frenchly have a special offer for you! Frenchly has teamed up with a cool boutique in Chelsea (Manhattan) called French Wink to bring you a holiday gift box full of really fun stuff –candles, chocolates, snowglobes, etc.–not just for the Francophile in your life, but anyone!  Check it out here.

And we have this terrific list of French kitchenware pieces that will make the perfect, elegant holiday gifts for anyone who loves to cook in your life. (Kamala Harris is being criticized by this conservative newspaperfor spending almost $400 on a copper pot when she was in Paris).

It’s not too late to grab one of these spectacular French wines to sip through the rest of the weekend while you try to forget that terrible au gratin you made (my older son calls any au gratin “oh rotten” after enduring one I made with swiss chard one year).

And, if you want to buy the novel that gripped France during lockdown, The Anomaly, it’s here, in English—I can’t wait.

Ok, that’s it for this holiday weekend. We’ll be back with more next week. See you then!