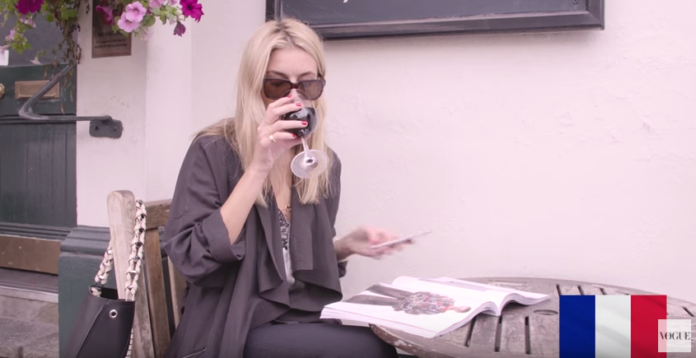 Of course the differences in attitude, lifestyle and looks are super obvious when it comes to comparing French girls and American girls, but the differences between the British and the French are a lot more subtle.

And yes, historically, France and Britain have never really gotten along (cue Monty Python clip), but French girls and British girls are actually pretty similar. Except for their style, coffee, and wine vs. beer preferences, and… ok maybe they’re pretty different. As French comedian Olivier Giraud says, “if you see a girl [in Paris] wearing a skirt, she must be an ex-pat, and if you see a girl with a mini skirt, she’s from England.”

Whether or not that’s true, Camille Charrière, the half-French, half-English style blogger and “Anglo-French fashion influencer” partnered with British Vogue to sum up the basic differences between French girls and British girls in a video of day to day life.

To be honest, being French looks a lot more fun (and chic) than being British. But that’s up to you to decide: