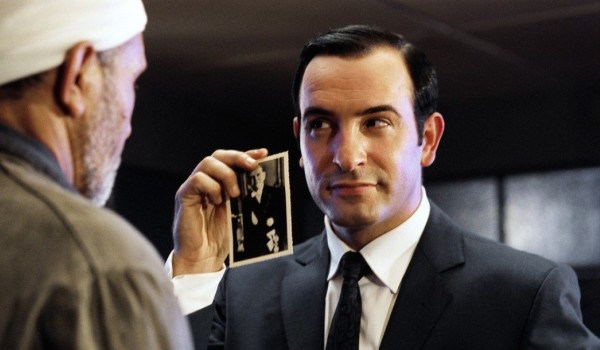 French Films on Netflix: Stream These While You Can

There are so many great French films on Netflix right now. If you’re a French film fan you’ve probably already seen Amélie, The Triplets of Belleville, and L’Auberge Espagnole, all of which are currently available to stream. Here are a few others you should catch before they say à plus to the Netflix online roster.

This film by Alain Guiraudie stars Pierre Deladonchamps and Christophe Paou and centers on a lake in southern France where gay men congregate to sunbathe, swim and flirt. Franck is head-over-heels for Michel, despite the latter’s bad reputation.  2013 recipient of the “Un Certain Regard” directing prize at Cannes.

Abdellatif Kechiche directs this 2013 film that got the Palme d’or at Cannes. It’s the story of one adolescent’s sentimental and sensual education in contemporary France. With Léa Seydoux.

Director Michel Hazanavicius and actors Jean Dujardin and Bérénice Béjo — all three blew up in the US for their collaboration on The Artist, a French film that won plenty of awards including Best Picture at the Oscars in 2012. But OSS 117 is a totally different story: a spoof on the spy genre, think if it as a classier, more exotic Austin Powers.

A bio-pic that centers on Venezuelan terrorist Carlos “the Jackal” who carried out assassinations and attacks that killed as many as twelve people. Directed by Olivier Assayas with Edgard Ramirez and Alexander Scheer.

His portrayal of Jean-Claude in Going Places has been described as Gérard Depardieu’s “breakout” performance.  This classic movie directed by Bertrand Blier, Depardieu and Patrick Dewaere play two criminals who drive around France aimlessly wreaking havoc with their sexy sidekick Marie-Ange.

François Ozon directs this film with Fabrice Luchini and Emmanuel Seigner in which a French teacher and his student have a twisted relationship. The screen play won awards at the Saint-Sébastien film festival and the European Film Awards.

Claude Miller adapts Chekov’s The Seagull in this film with Nicole Garcia, Ludivine Sagnier and Julie Depardieu. Secret attraction that’s been simmering just below the surface of a small family reunion boils over during a stay at a Brittany island retreat.

Director Raymond Depardon captures 3 months inside a district court located in the 10th arrondissement of Paris.

5. The taste of others (Le goût des autres)

Agnès Jaoui directs and acts in this 1999 film with Jean-Pierre Bacri. A very French comedy, The Taste of Others explores cultural determinism, etiquette, hicks and intellectuals. This film got an Oscar nomination and won 2 Césars (the “French Oscars”): best picture and best screenplay.

This is a Claude Chabrol film with Isabelle Huppert and Jacques Dutronc in which manipulation, betrayal and family secrets play out against the background of a chocolate business, classical music and the parries of Switzerland

Directed by Patrice Leconte with Charles Berling and Jean Rochefort, this is a dramedy set in the court of Versailles, filled with the kind of word play the French are famous for. It got Césars for best picture and best director.

This is the third in the Auberge Espagnol trilogy. With Romain Duris and Audrey Tautou, the 2013 film takes place in NYC where Xavier tries to get a visa through a fake mariage, find a good apartment and a job. It’s funny.

Julie Delpy directs and stars in this comedy opposite Chris Rock. Marion, a French expat in New York, must survive a weekend with her crazy French parents who are meeting their daughter’s boyfriend for the first time.