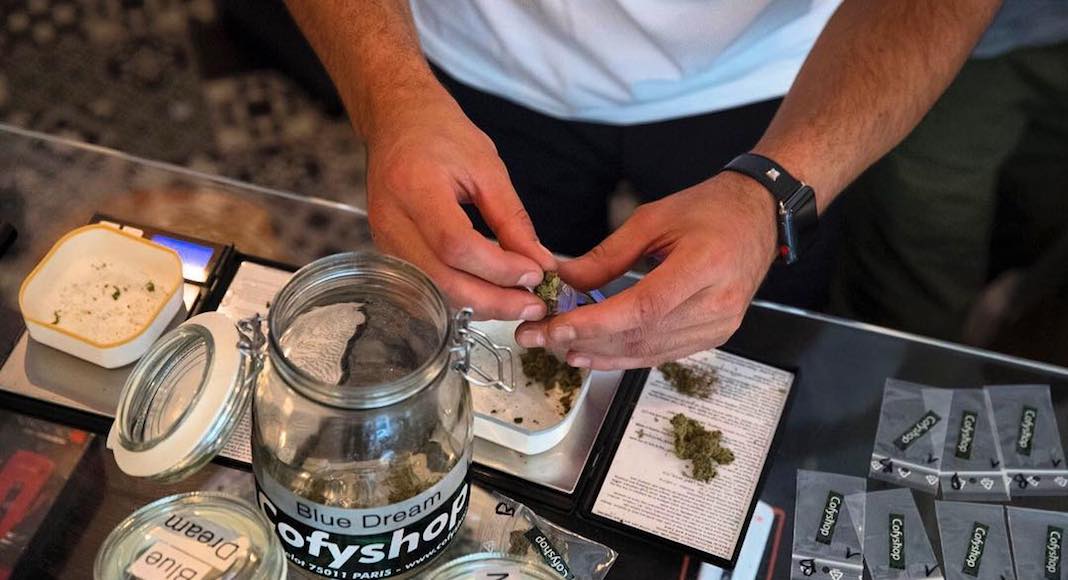 France Is Testing Medical Marijuana — But Don’t Get Too Excited

The program will be aimed at patients suffering from five medical disorders — including some forms of epilepsy, sclerosis and other nervous system pathologies — and will be reserved for patients suffering from severe symptoms that can’t be alleviated by other means. Le Monde has reported that as few as 1,500 to 3,000 people nationwide could be eligible for the program.

“At this stage, we’re not in a phase of legalization of medical marijuana, but rather of experimentation,” Nicolas Authier, the president of the group in charge of studying medical marijuana in France, said in June. “Legalization will only come — or not come — at a later time.”

For health reasons, doctors will prescribe cannabis in the form of drops, drinkable solutions or oils that can be inhaled, and not smoked, Le Bonbon notes. The test program, slated to begin in 2020, is expected to run for two years, at which point scientists will submit an “exhaustive” report on their findings.

As Frenchly has previously reported, two “legal weed” shops selling a product with extremely low levels of THC were shut down in June of last year after opening just days earlier. French President Emmanuel Macron has been largely mum on the issue, although he did reduce the fine for being caught with small amounts of marijuana from €3,750 to €200.

In terms of public opinion, legalization of medical marijuana enjoys overwhelming support: four in five French people approved of legalizing it, according to a study from last year.

Pro-legalization politicians in France have hailed the potential economic bonanza of legal weed. According to Jean-Baptiste Moreau, a member of Macron’s La République en Marche party, who represents an agricultural region, a hectare of marijuana could bring in in more than three times the profit of a hectare of wheat.

Moreau told the French daily Libération that constituents have also expressed to him how medical marijuana has helped them overcome chronic pain. “Sick people have testified at conference and said how [medical marijuana] helped to calm their pains,” he said. “I remember a person with multiple sclerosis. Her husband grew plants before being stopped. We need to hold a judicial procedure. That’s the only way that can evolve on this question.”

In the meantime, however, France is evolving — just slowly.