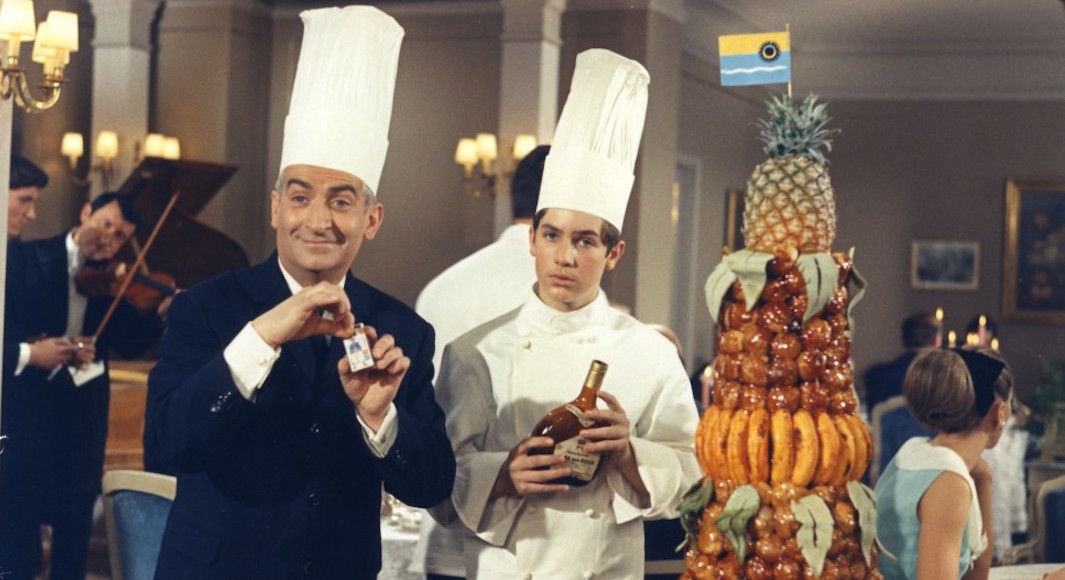 Bon appetit! The menu of this year’s Films on the Green will have you drooling. The 2018 edition of the open-air New York French film festival is dedicated to French gastronomy, with twelve films exploring the links between French culture and cuisine. Throughout the summer, from June 1st to September 6th, the films will be screened in various New York parks for an evening cinematic showing.

Presented by Cultural Services of the French Embassy, the summer of cinéma will begin in Central Park (at Cedar Hill) with “Le Grand Restaurant” with Louis de Funès, Bernard Blier, and Maria-Rosa Rodriguez. In this 1966 classic, a South American head of state disappears from a restaurant, and the boss becomes the main suspect. The schedule also includes the French-Vietnamese co-production “L’odeur de la papaye verte” (June 8, Washington Square Park), “Garçon!” by Claude Sautet with Yves Montand (June 29, Transmitter Park), “Les Saveurs du Palais” with Catherine Frot and Jean d’Ormesson about being the head chef at the Elysée Palace (July 27, Riverside Park Pier I) and “le Fils de l’épicier” as the closing film (September 6, Low Memorial Library at Columbia University).

All screenings are free and start at 8:30pm, except for the last film on September 6 which begins at 7:30pm.

“La Bûche” (The Log) – June 22 in Transmitter Park in Greenpoint