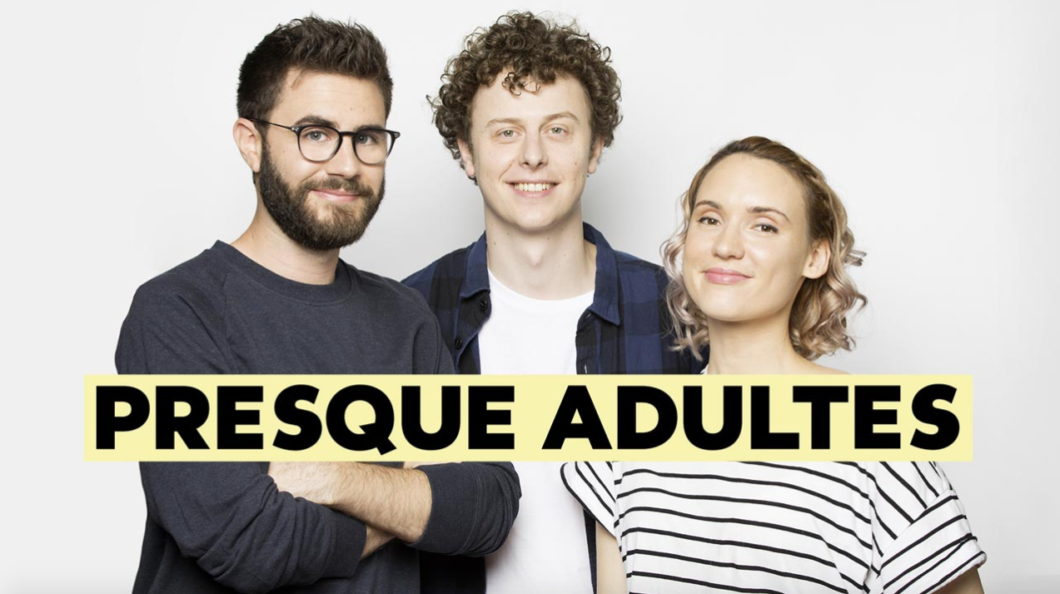 “Presque Adultes,” a new mini-series on TF1, premiered earlier this summer to over four million viewers. Each of the six-minute episodes follows three friends as they navigate the intricacies of adulthood. Cyprien, Norman, and Natoo (as played by actors of the same name) find themselves in an array of both touching and hilarious situations, from revisiting a childhood home as an adult to raising a dog like a son, and everything in between.

These actors, however, aren’t a part of the usual Cannes red carpet-dwellers. They started on YouTube, making funny, personal content to great success. With more than 15 million subscribers total and over 2 billion collective views, Cyprien, Norman fait des vidéos, and Natoo dominate the French-speaking side of YouTube with videos that are as funny as they are insightful into French culture and language.

Cyprien Iov, who goes by his username MonsieurDream or more simply Cyprien, is best
known for his gaming tutorials and sketch comedy. With minimalist sets and props, Cyprien offers his own casual satire and commentary on stories from his everyday life. His sketch comedy and short skits pull largely from his personal life as well. Cyprien’s videos are particularly helpful for those still learning French, as he speaks slowly and clearly, and his videos always come with both English and French subtitles.

Known as Norman fait des vidéos on YouTube, Norman Thavaud focuses on his millennial audience by talking about pop culture, rather than his personal life. His sarcastic commentary touches on familiar topics like The Walking Dead, the friend zone, dating apps, and night life. Anyone hoping for a perspective on young adult French life should check out Norman’s videos. He presents the modern-day version of young French life that you’ll never get from your French textbook (which was probably printed in the 80s, right?). Be warned, he speaks fast, and some of his videos don’t have English subtitles.

Finally, Nathalie Odzierejko, who goes more often by her username Natoo, stands out as a female voice among the myriad of male French YouTubers. She also demonstrates what the day to day life for a young French woman looks like, as she is the only one of these YouTubers to frequently and consistently upload vlogs. While Cyprien offers a younger vocabulary and Norman presents millennial culture, Natoo offers an intimate, insider perspective. Filming from her apartment and often with her boyfriend and two dogs, Natoo’s videos provide an opportunity to catch a glimpse of a young French person’s everyday life.

Even though this series airs on a French station, the YouTubers of “Presque Adultes” upload the weekly episodes to their channels two weeks after air. The show presents an entertaining learning opportunity for those hoping to not only improve their knowledge of French slang (la langue familier), but those wishing to gain access into the often confusing and elusive world of Parisian millennial culture. Episodes 1-5 are available on YouTube here, and will be updated with a new episode every two weeks. Binge away!