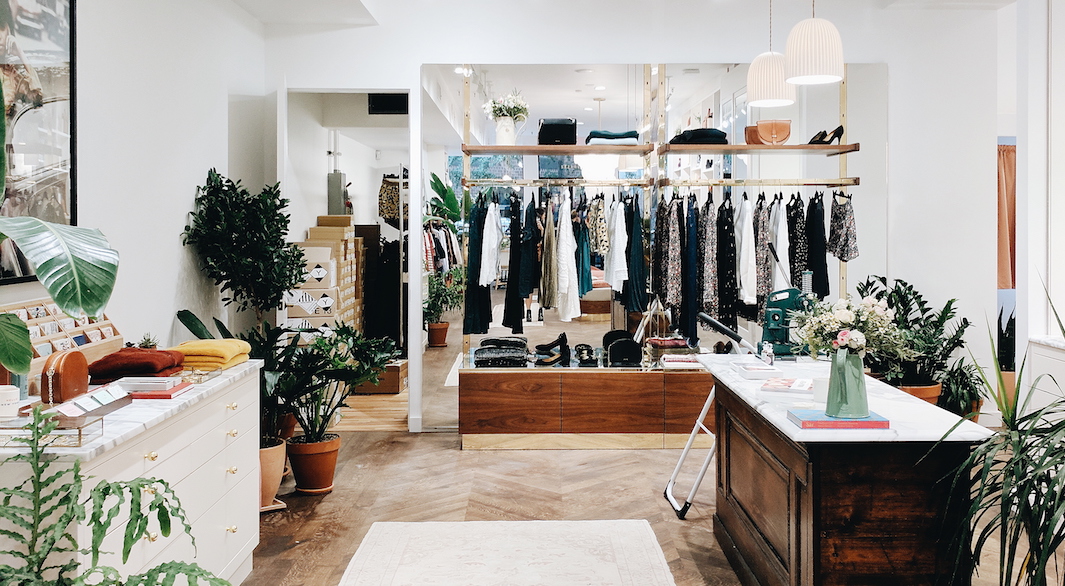 Sézane isn’t trying to convince you that they’re the trendiest brand on the market, or that you’ll be ahead of the fashion game in their clothes. They direct you to the quality of their goods, and the meticulous nature with which the collection is curated and created. And French women, often hailed as the style elite, have fallen head-over-leather-booties for them.

The beginnings of Sézane are simple and honest. At 18 years old, Morgane Sézalory had finished her BAC exams and had no plans for the future. As she mulled over her life, the young French girl dug through her sister’s closet, looking for vintage finds, “treasures,” as she called them, that she could customize and resell on eBay.

You’d think that she was born with a sense of style and keen intuition for business: the internet scooped up her creations quickly, and hungered for more. Sézalory continued to make and sell clothes “up until the turning point,” in 2013, when she launched her clothing brand for women, Sézane. After several years of rising popularity in the EU, on September 7, Sézane hit the American ground running when their New York flagship boutique opened in Nolita.

It’s thanks to a collaboration with American brand Madewell three years ago, one that resulted in two sold-out collections, that Sézane first gained notoriety stateside. “New York is a little American dream that we’ve now got at our fingertips,” said Sézalory in an interview with French Morning.

Often considered the pinnacle of “French style,” Sézane offers a nearly full wardrobe of clothing, from jeans to purses, and sweaters to stilettos. “The Sézane woman is a go-getter, who appreciates fine materials and quality products that are simple and last a long time,” explains Sézalory.

The brand always offers their permanent collection, “La Liste,” featuring timeless French girl style. In addition, every season has its own small collection. Stock flies off the shelves, to the point much of the fall boot collection is already sold out, and jean sizes are severely limited. Anglo-French model Camille Rowe covers the site, modeling nearly every clothing item on La Liste. Besides “french,” Sézane’s style is best described as cozy and boho, similar to Madewell but without the vintage American heritage brand flair.

Tucked into Elizabeth Street, the new Sézane space is a concept store-boutique which functions like an apartment. Just like the flagship store in Paris, the New York store has been converted into several spaces: the shop, where the collection of clothing is for sale, a café run by Maman, shelves loaded with accessories and home decorations, and a library of more than 700 french books published by Gallimard, available for sale.

“The idea is that the store is a real place of life for clients,” explains creative director Margaux Selva, one of Sézalory collaborators. “Not necessarily to come here to shop, but to come and stay a few hours to read a book, work, or watch a movie.”

With the new NYC store, they’re aiming to both conquer American clientele and offer the French community in New York a treat from home. Sézalory promises that she has “lots of other ideas and hopes for the future, like ‘Sézane on the road,’ to go out and meeting buyers in cities across France and abroad.”

Sézane is available in flagship stores in Paris, in the Nolita store, and online.