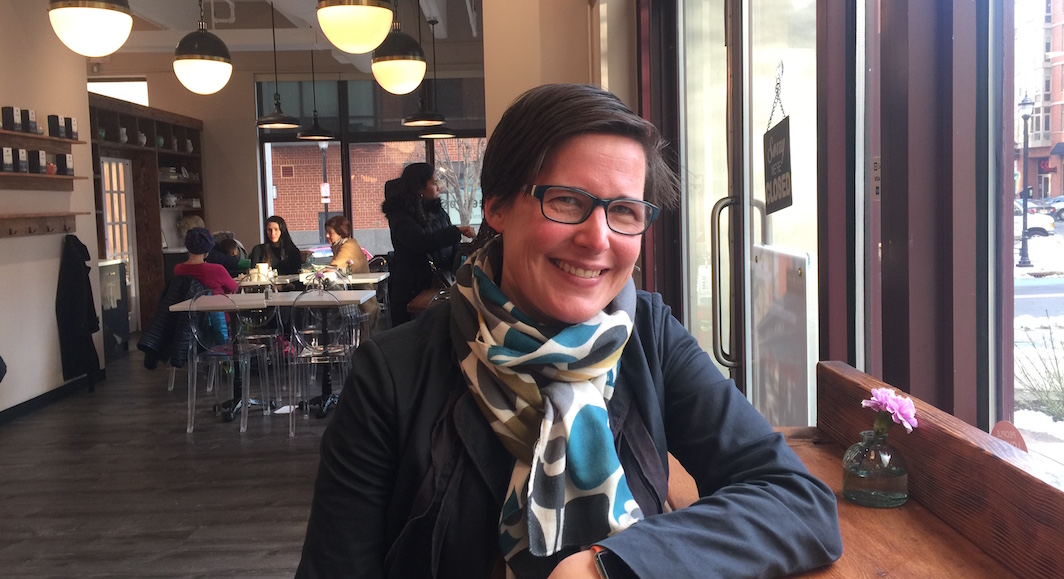 “It’s starting to become a big machine,” says Clémence Danko. The Frenchwoman behind the very popular bakery-café Choc O Pain sits in the back room of her fourth store, which opened in February in the Tea Building, a luxury residence in Hoboken.

It’s the fourth Choc O Pain opened by the entrepreneur, and the second in this city in New Jersey. The other two are in Jersey City Heights and Jersey City. In total, the mini-chain employs over sixty people.

This fourth address was on her radar a year ago, when the third site opened. In February, a Tea Building resident approached her to tell her about the departure of Ganache, a café on the ground floor of the residence located in the north of the city. “I thought she was a real estate agent but she wasn’t,” smiled Danko. “I asked her about the price, the area, and how to see it. She didn’t pull back; she told me she was going to find out.”

This opening is another step in the unlikely bakery career of Danko. Born into a family of “bon vivants,” the business school graduate was unable to find a job in food marketing. She joined Novartis, the pharmaceutical giant, where she handled logistics. During her seven years in the pharmaceutical industry, she met her husband, whom she followed in his expatriation to the United States. “I started thinking: what’s next? I knew I wanted something different. He told me, you always wanted to start your own business. Why not now?”

Not satisfied with the offering of bakeries in Hoboken where the couple lived, she took management courses at ICE (Institute of Culinary Education), bread making at FCI (now the International Culinary Center), and worked behind the counter at Le Pain Quotidien. “I had everything to learn, I didn’t know what a latte or a cappuccino was.” She opened her first Choc O Pain in 2011.

Its fourth location is relatively spacious. It has a bright main room with about thirty seats, with a smaller room with a large table and games for children next to it. The bakery, located in the front, serves the classics that have earned Choc O Pain its reputation, and made it winner of the Fan Prize at the French Morning Best Baguette and Best Croissant competitions in 2016 and 2018, respectively. Croissants and pain aux chocolat are made on site and served beside kouign-amann, chouquettes, breads, and other delicacies. Sandwiches are also available on demand — a way to “boost lunch” at the bakery-café.

“I have my ears open for the fifth bakery,” warns Danko. But it’s still out of the question for her to cross the Hudson to try her luck. “New York remains unique. There’s a lot of traffic. It’s intense, too intense for me. All my stores here are five minutes apart from each other. We are in a very dense area in terms of population. And there’s less competition here than New York. Rents are cheaper,” she says. “I’m doing good here.”