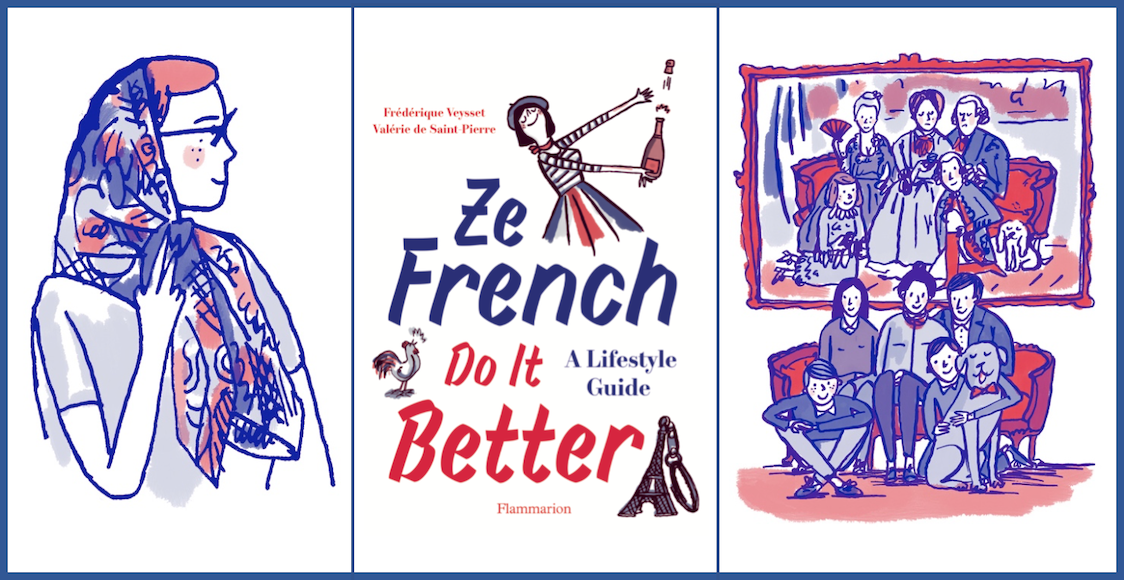 Arguing without insulting a dinner guest, being glamorous without being mainstream, making the perfect soup without spending all day in the kitchen. It’s enviable, it’s #goals, it’s just out of reach, it’s… so French.

“Ze French Do It Better,” by Frédérique Veysset and Valérie de Saint Pierre (Flammarion, 2019) examines, explains, and satirizes these French quirks and contradictions, so quintessentially a part of the French existence in outsiders’ eyes. Part lifestyle guide, part humorous sociological study, the book offers origin stories, advice, and guidance on how to recreate the French way of living.

Each tribe’s chapter begins with a quiz for you to determine how closely affiliated you are with that group. Do love pétanque and Chanel No. 5? You might be a Classic Frenchy. Prefer glamorous bathing suits and luxury sound systems? You’ll relate to the Modern Bourgeois.

A short backstory on the tribe, the lifestyle staples, key terms and the biggest no-nos, and a map of locations in Paris where you can live out that tribe’s lifestyle fill each chapter. Recipes, detailed rituals, fashion and wit icons, style advice, and further information on how these Frenchies live are peppered throughout. The suggested Paris hot spots are described in detail so you know that when you stop by Empreintes in the third arrondissement that, as a Modern Bourgeois, you must stay for a coffee.

Don’t misunderstand — it’s not a lofty Pinterest board of goals. The book contains explanations of why the French do life better and specific advice for how you, a non-French Francophile, can do it better too. It’s an “unrivaled, but ultimately very accessible” way of living, the authors assert.

Veysset and de Saint Pierre’s writing is witty, with a bit of an edge. “Can they be blamed for being so effortlessly slim, even though their baguettes are so crunchy?” the authors ponder, going through an array of other so French things before finishing, “Or their vests so yellow?” It’s a careful balance of real explanations and witty retorts, educating without lecturing or dryness. The answer to why so many French people in bars want to discuss politics? Far from expounding on the country’s well known history of café philosophique, living room salons, and la bonne education, the answer is “because after three glasses of wine, you couldn’t have a clearer picture of the country’s problems.”

A gift for a Francophile friend or for yourself to use a fun guide to life à la française, “Ze French Do It Better” is a quick education in French culture and a lesson in how you, like ze French, can do it better.