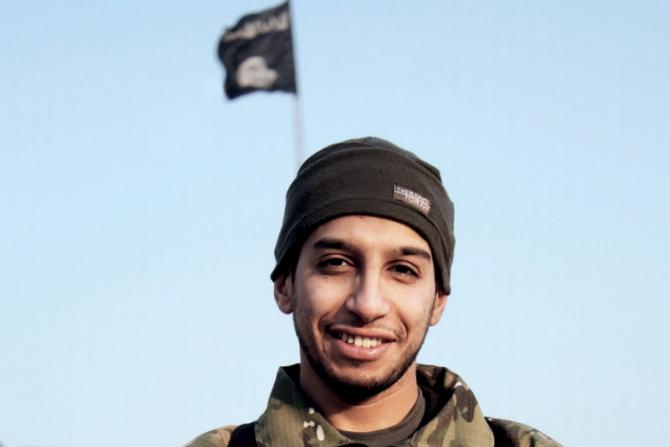 In an exclusive interview with RMC, the woman who tipped off authorities to the location of the man behind the November 13th terror attacks told the story of her ordeal.

Under the pseudonym “Sonia,” the woman, who was friends with Hasna Ait Boulahcen, Abdelhamid Abaaoud’s cousin, talks about the Sunday when Boulachen received a call from a Belgian number, instructing her to pick someone up in Aubervilliers outside of Paris. She is given a code to use when she arrives at the rendezvous in an industrial part of town. It is two days after the November attacks.

When they arrive, a man steps out of the bushes—Sonia did know it immediately, but the man was Abaaoud, who authorities thought at the time was in Syria. He had been tried in absentia for taking part in recruitment for the Islamic State and sentenced to 20 years in prison.

“He had a bucket hat, orange sneakers, a bomber jacket… to me, he looked Romanian,” Sonia told RMC. “Also, he was smiling—he didn’t look like a terrorist.”

“He said to me, all normal, ‘The terraces, that was me.'” When she said that he had killed innocent people, Abaaoud told her that they weren’t innocent, to think about what was happening in Syria.

During the drive back from Aubervilliers, Abaaoud claimed that he and nearly a hundred people had come from Syria to France and were spread out around metropolitan Paris.

“He was proud of himself. He talked like he had gone shopping and found laundry detergent on sale. He was happy, voilà.”

Abaaoud went on to tell her that the attacks hadn’t gone exactly according to plan. “The exact phrase he used was that there had been failures, that he was here to ensure that there were no more failures.”

Later, Sonia tried to reason with her friend, but Boulahcen wouldn’t call the police on her own cousin, saying that he would finish his work and then leave. Once she found out what that work entailed, she came back from seeing Abaaoud and told Sonia, crying, that the next targets were a shopping center, a police station, and a nursey in La Défense. The attack was planned for the following Thursday, not even a week after the attacks on the Bataclan and other sites around Paris.

Sonia dialed the number set up by the government for tips on terrorist activity and gave them the whereabouts of Abaaoud in Saint-Denis—the police raided the apartment the next morning. Abaaoud, Boulahcen, and one of Abaaoud’s accomplices were killed.

Since dropping that dime on Abaaoud, Sonia told RMC that she has felt abandoned by the authorities and fears for her life because she hasn’t been put under police protection. She has been forced to change her name, leave town, and has been unable to find work without official identification under her new name.