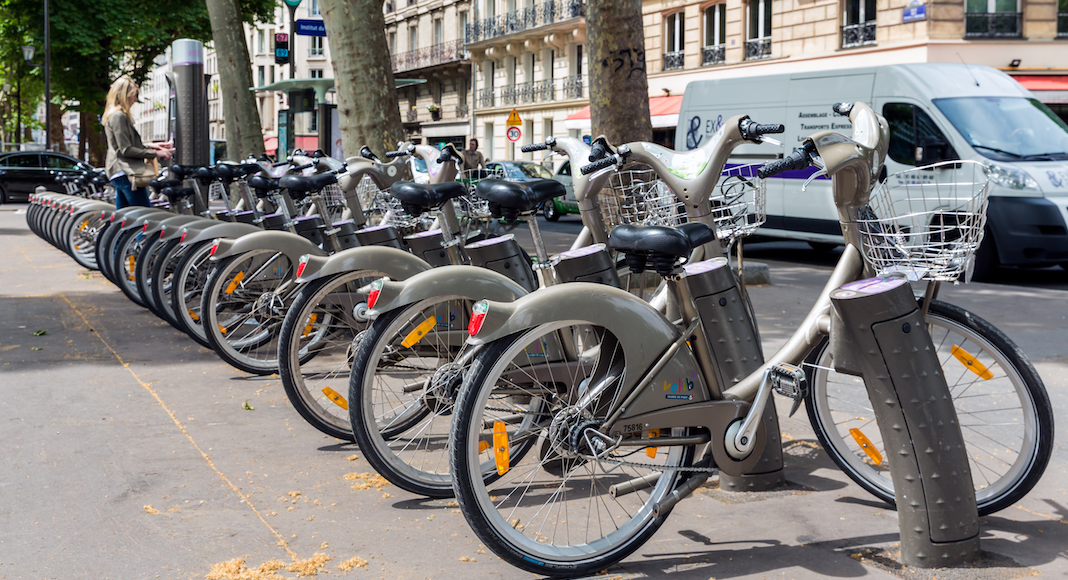 This Sunday, France held its local elections. Despite record-low voter turnout as a result of the Coronavirus (a scant 40%), some big changes were made. One major winner has been France’s green party, Europe Ecologie Les Verts (EELV). Paris’s Socialist mayor Anne Hidalgo, who is supported by the EELV, won reelection on a campaign of fighting climate change and pollution in France.

Over the past six years, Hidalgo has strived to make Paris more ‘people friendly,’ as with ‘Plan Vélo,’ the trademark platform of her first term. Cycling routes were expanded and areas of the city became car-free, in order to encourage citizens to bike or walk instead of driving. This series of reforms will be extended in her second term with the concept of the Ville Du Quart D’Heure, which would, in theory, make it possible for someone to access anything they needed in Paris within fifteen minutes. More bike lanes will be created, including protected bike lanes on major bridges, and the number of parking spots in the city center will be dramatically reduced.

France has struggled in recent years to meet its goals for reducing greenhouse gas emissions, as declared in the Paris Agreement of 2015. As the French capital made strides towards cutting down on automobile use, much of rural France objected, leading to the gilets jaunes protests against President Emmanuel Macron’s failed fuel tax. But the COVID-19 pandemic could, strangely enough, be the perfect environment in which to build ground-up policies that benefit the planet.

Though much of France has gone back to work, thousands are now either working from home, or still unemployed. This means fewer drivers and less production, two of the main contributors to city pollution. Which means that now could be a good time to get the public into positive habits that might carry over to the post-quarantine era… because the 2.6 billion metric tons of carbon (or 8% of our estimated yearly production, globally) that we’ve already avoided leaking into the atmosphere in 2020 could start to build up again the second we resume “life as normal.”

A Year of Reforms

If the resurgence of the Black Lives Matter movement in 2020 is any indication, this could be an important year for critical reforms. Simply put, it’s easier for everyday people to make an effort when they have the time on their hands.

Case in point? Macron’s climate change Citizens Convention, a group of 150 randomly selected French citizens chosen to meet over the course of several months, and be briefed by climate change experts. At the end of their studies, the members of the convention were able to formulate their own policies and put them to parliament, unfiltered. This happened on June 21, and the results were simple, but impressive. One policy backed by Macron would allow the concept of ‘ecocide’ to enter into French law, marking the criminality of environmental damage by big business. Other proposals included mandating public cafeterias to reduce meat and cheese consumption, cutting down on AC, forcing advertisers to publish the carbon footprint of high-risk products, and banning short-term domestic flights.

This last item concerns another critical element for France: pollution caused by tourists. It is the most-visited country in the world, with over 90 million tourists coming through every year. Measures like banning tour buses in central Paris have already been taken to handle the negative effects of over-tourism. But tourists block traffic, degrade infrastructure, and leave a giant carbon footprint every time they fly into Charles De Gaulle. Now, it’s unknown how long it will be before visitors can (or even want to) come back France, with borders still mostly closed.

What Big Government has to do next

Which is why the French government has now been given the opportunity to hold big business accountable, with bigger stakes. In order to accept its $10.8 billion government bailout, Air France-KLM had to agree to cut short distance flights that compete with trains. Because who really needs to fly from Paris to Lyon when you can get there in two hours by rail?

Local elections are often seen as ways to send a message to powerful political parties higher up on the totem pole. With a ‘green wave’ flooding through Marseille, Bordeaux, Strasbourg, and Lyon, and Socialist strongholds cementing their power in Paris, Nantes, Lille, and Rennes, we soon could see Macron’s centrist LREM party start to swing a little towards the left, particularly on environmental issues. So let’s hope the French population remains engaged and politically active, because it’s hard to imagine a better use of grassroots politics than a movement literally trying to create greener pastures in France.