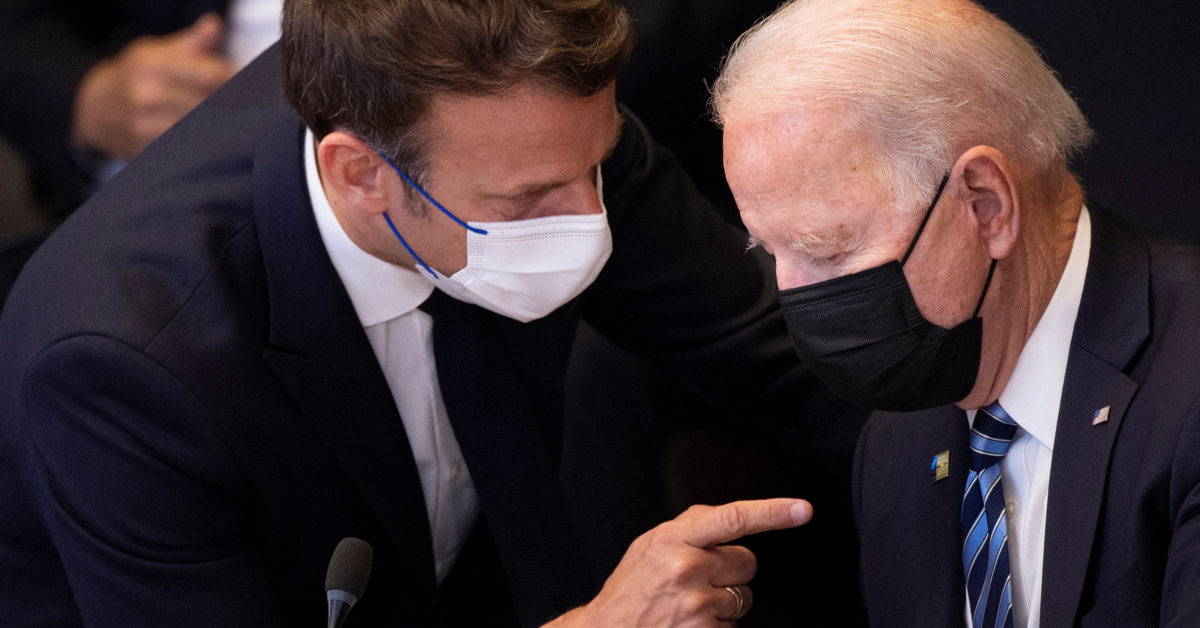 Why is France So Pissed Off?

Benjamin Haddad, the Senior Director for the Europe Center at the Atlantic Council, “a nonpartisan organization that galvanizes US leadership and engagement in the world, in partnership with allies and partners, to shape solutions to global challenges,” sat down with Frenchly yesterday to explain why France is completement fâché with the United States en ce moment.

Frenchly: Benjamin, last week, diplomacy between the United States and France exploded when the United States agreed to a partnership with Australia and Britain to provide nuclear powered submarine technology to Australia as part of an Indo-Pacific focused alliance. Problem is, France had its own contract with Australia, signed in 2016, to provide twelve submarines. A 66-billion-dollar contract, dubbed the “contrat du siècle” (contract of the century) by the French press. Australia abruptly ended the contract the same day the partnership with the US and Britain was announced.

As a result, Emmanuel Macron, the President of France, has recalled back home to France both his U.S. ambassador, Phillipe Etienne, and his Australian ambassador. And a gala event at the French Embassy in Washington D.C., which marked the 240th anniversary of the Revolutionary War’s strategic Battle of Chesapeake Bay, was also cancelled. Can you tell Frenchly readers why France is so pissed off?

Haddad: Look, what’s really important to understand is that this was a breach of trust between allies. France has been a key country in the Indo-Pacific alliance and Biden has said he wants to confront China together with Europe. But this deal was made for months in secrecy behind France’s back. Finding out—it’s a huge shock; it’s like an earthquake in Paris.

Frenchly: So this is a betrayal? And one of particular magnitude, as it would be when it happens in a family, or between friends?

Haddad: Yes, you’re right, Caitlin, to put it that way; it’s like in a family. It’s also the accumulation of things. Trump said that the E.U. was “a foe” and “worse than China.” But Biden has said he wanted to work with the E.U. and work against [the threat of] China, and that the alliance was at the center of his foreign policy. Even so, the U.S has only just now lifted a travel ban on Europeans, even though we have a  higher [ Covid-19] vaccine rate than the U.S. And there’s been European discontent with the withdrawal from Afghanistan. We’re in a low point in the relationship between Europe and the U.S. right now.

Frenchly: Has this ever happened before between the two nations?

Haddad:  No. This is the first time in 240 years that a French Ambassador has gone home to France. During the Revolution [George Washington] asked the ambassador, [Edmond Charles] Genet, to go home. But the Revolution was going on in France and Genet would have faced the guillotine, so he was granted asylum.

Frenchly: And Genet lived the rest of his years in the U.S.—as a farmer in New York, I believe. Benjamin, will relations between the two nations heal?

Haddad: Biden and Macron are supposed to speak later this week. The truth is that the two countries have a tight relationship—the ties between the countries and their people are extremely strong. And that is why this is so painful— this is a kind of secrecy and betrayal in a family, as you said earlier.  The French will feel burnt and now there’s this distrust. It will have consequences.