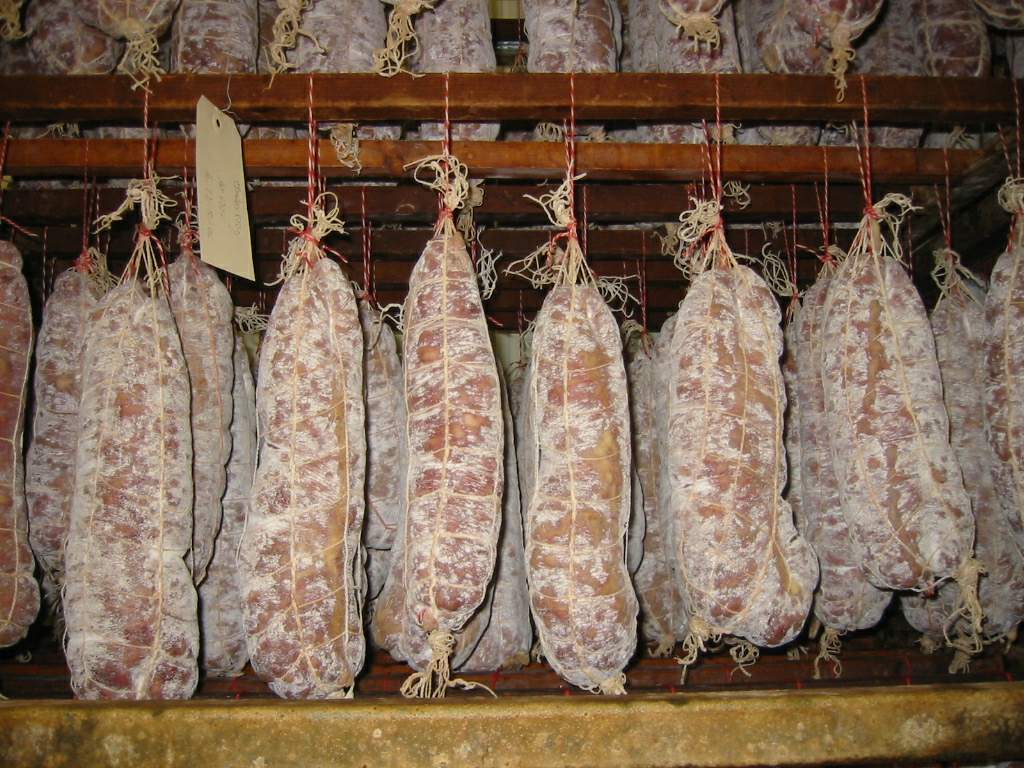 WHO Cares: Will The French Give Up Charcuterie?

From Lyon, The WHO, which is tasked with killing fun across the globe, announced the completion of a Herculean review of more than 800 studies on cancer and issued new recommendations for the consumption of processed and red meat. But France may have been the wrong country to sound the alarm from.

It’s boils down to this: for every 50 grams/day of processed meat you consume, there’s an 18% increase in the risk of colorectal cancer; that risk rises with the more mean you consume per day until you hit 140g/day, when the risk levels off. What’s surprising is what is considered processed meat—basically anything salted, cured, fermented, smoked, or “other processes to enhance flavor of improve preservation,” which could, at least technically, cover every kind of meat.

But specifically, it applies to charcuterie. Thought of in America as a very poor substitute for dessert, charcuterie comes from the pre-refrigeration days when preserving meat was a necessity. The charcutier is on par with the butcher and baker as a staple of French gastronomical tradition. Far more artisanal, say, than a vacuum-sealed package of rapé de jambon, these expertly cured meats and nonetheless still considered “processed”—after all, they do undergo a “process”—by the WHO. And according to the WHO, processed meats as Group 1: “definitely carcinogenic to humans.”

First, the scene: according to a 2010 report published by FICT (the (Fédération Française des Industriels Charcutiers Traiteurs), when you take into account all species of animals, charcuterie has achieved total penetration of French homes. 100% penetration. To put that into context, charcuterie is to French households what Spam is to American households: even if you don’t like it, even if you’ve never bought it, it’s certain to have made it into your house somehow.

According to the Food and Agriculture Organization of the United Nations, between 1975 and 2002, France held steady at a meat consumption rate around 100kg per capita per year. That works out to 273g/day. A bit higher than the proscribed 50g—higher, even than the plateau figure of 140g.

Second, the dramatis personae: one in four French people—by now well-aware of the health risks associated with cigarettes—still smoke. Cigarettes may be aesthetically, culturally synonymous with the French, but even in the 1960s, they didn’t have nearly the market penetration charcuterie does now (around 60% of the population). A similar drop in the consumption of processed meats would bring 100% down to, perhaps, 42% of France still eating sweet, carcinogenic charcuterie.

There’s also a societal obstacle at play. The French, who have still not given up smoking, also balk (statistically speaking) at what their government deems non-compulsory vaccines. Currently, children need only been immunized against polio, tetanus, and diphtheria to enter public schools—that leaves out the very important measles, mumps, and rubella vaccine, leading to a staggering 23,000 cases of measles in the last five years. According to WHO data, France’s implementation of the measles vaccine was so passive that it has not yet eliminated measles in statistical terms—a feat the United States accomplished in 2000, despite getting the measles vaccine only five years before France.

Third, a simple matter of educated guesswork: do the French like charcuterie more than they like smoking? More than they enjoy children without measles? It all depends.

The public perception of charcuterie as the provenance of an artisan makes the psychological sell of their Group 1 status difficult. How many people, before this study was released, thought “processed meats” meant, simply, the garbage in the deli counter? Or even more specifically the kind of meat you’d likely find in a box of Lunchables? If you didn’t know your cigarettes were cigarettes, you wouldn’t necessarily think they were carcinogenic, although the glowing ember and the trail of smoke would give you pause.

A poll on Le Parisien Monday asked respondents if the WHO’s report was cause for worry—of 6,600 people who answered, 73.6% said, “Non.” An unnamed veteran told TheLocal, “I survived World War II and that didn’t kill me, so to hell with what they say,” while famed French butcher Yves-Marie Le Bourdonnec told Le Point, “I don’t see how this is news,” arguing that he’s been saying the same for years. He goes on, though, to showcase the disconnect between what people think “processed meats” means and what the WHO says it means, saying that ethical treatment and feeding of animals is what determines whether their meat is harmful. That is, of course, partly true, provided that the meat isn’t then salted, cured, or flavored in almost any way. And as long as it isn’t red meat.